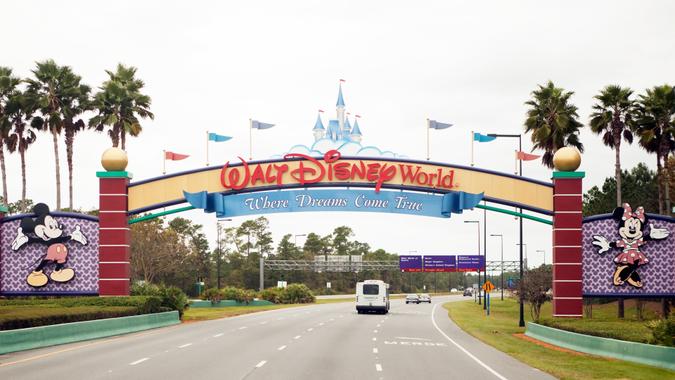 Since 1967, Walt Disney Co. has been operating its Disney World theme park on self-governed land near Orlando known as the Reedy Creek Improvement District (RCID). Last week, the Florida Senate passed a bill that would abolish this taxing district which gives Disney special privileges and rights to collect taxes, adopt ordinances, and provide police, fire and emergency services for the district and its theme park.

It turns out that Disney might have the law on its side and not lose its unique tax district after all. In an April 21 letter sent to relieve its stakeholders, RCID stated that the state of Florida could not dissolve the tax entity unless it was prepared to take over all outstanding bond debt, estimated at $1 billion.

In accordance with the Reedy Creek Improvement Act of 1967, which granted RCID and Walt Disney World its tax district status, “Unless otherwise provided by law, the dissolution of a special district government shall transfer title to all of its property to the local general purpose government, which shall also assume all indebtedness of the preexisting special district.”

In light of this act, Reedy Creek plans to continue operating business as usual.

“In light of the State of Florida’s pledge to the District’s bondholders, Reedy Creek expects to explore its options while continuing its present operations, including levying and collecting its ad valorem taxes and collecting its utility revenues, paying debt service on its ad valorem tax bonds and utility revenue bonds, complying with its bond covenants and operating and maintaining its properties,” read a letter to bondholders posted to the Municipal Securities Rulemaking Board.

The law will remove Disney’s special district classification on June 1, 2023. The responsibility for the special tax district’s governance will then pass to the Orange and Osceola counties where the Reedy Creek district lies. Both counties have shared concern over the impact paying off the debts would have on constituents.

POLL: Do You Think States Should Suspend Their Gas Taxes?
Discover:5 Incredible Perks of Being a Disney Employee

“If we had to take over the first response – the public safety components for Reedy Creek – with no new revenue, that would be catastrophic for our budget here within Orange County. It would put an undue burden on the rest of the taxpayers in Orange County to fill that gap.”