5 Amazing Small Businesses That Lasted Through the Pandemic 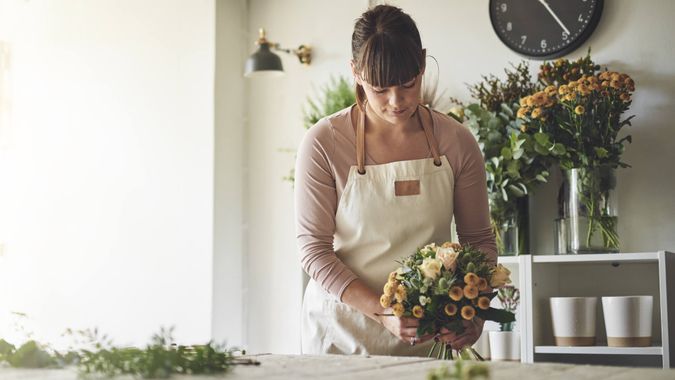 Small businesses are considered the lifeblood of the U.S. economy. During the pandemic, however, they experienced massive financial bloodshed. One study by Yelp found that 163,735 businesses closed down between March 1 and Aug. 31, 2020, with about 60% shutting down permanently.

Fortunately, many businesses managed to survive — even thrive — during the pandemic. Here’s a look at five resilient businesses and what they did to stay open.

When the pandemic hit, Eliza Blank, founder and CEO of The Sill, had to figure out a new way to operate her business. Not only did customers rely on The Sill for plant deliveries — it was also the source of in-person educational workshops where local plant lovers could connect with each other. Of course, the pandemic changed all that.

Blank decided to leverage the web to rebuild that sense of community that had been wiped away by the pandemic, and took the workshops online.

“We were able to offer this community not only the plant products that they needed and craved, but the platform to then connect with each other and have that shared experience when so many of us became socially distanced and weren’t really engaging socially in real life,” Blank told ABC News.

By shifting her business operations to fit the times, Blank was able to keep her business going — and provide an important way for people to find connection and purpose during quarantine.

A Brewery Successfully Switched From In-Person to Canned

Prior to COVID-19, Bow & Arrow Brewing Co. in Albuquerque, New Mexico, relied on customers visiting its taproom for the bulk of its revenue. So when businesses were forced to shut down, founder and CEO Shyla Sheppard knew she had to pivot quickly.

With the taproom closed and later operated at limited capacity, the brewery shifted to to-go sales. In order to up production, Sheppard invested in a canning line and released new beers. “They sold out faster than expected, so now we are working hard to keep up with the new demand for our canned products,” Sheppard told CNBC last August.

While so many businesses struggled or closed down completely during the pandemic, Bow & Arrow was able to actually increase sales with some quick thinking and smart spending.

A Watchmaker Harnessed the Power of Social Media Marketing

After leaving his consulting and financial management position to start his own business, Benson Watch Co., Marcel Benson was faced with a tough reality five years later. His business, which was generating close to $1 million in sales, was in danger of going under.

Rather than scaling down, Benson decided to increase his marketing budget. As other companies cut their advertising amid the pandemic, Benson gained visibility on social media platforms like Facebook and Instagram. As a result, his monthly sales quadrupled.

A Financial Firm Adapted to the Pandemic Environment

Belva Anakwenze, owner of Los Angeles-based Abacus Financial Business Management, was no stranger to pivoting her business. So when the pandemic meant she and her four employees could no longer operate in an office, they did whatever was needed to survive.

Anakwenze took socially distanced client meetings in her driveway and backyard. Employees worked late nights and weekends to fit in child care and homeschooling during weekdays.

It wasn’t easy to keep going. Software and other costs were up. Some clients had trouble paying. And Anakwenze was locked into a lease on an office she couldn’t use. But with the help of Paycheck Protection Program funds, she managed to stay afloat.

“We’re just trying to buy time and stay as nimble as we possibly can,” Anakwenze told the L.A. Times.

A Plastic Company’s Pivot to In-Demand Products Paid Off

It took quick thinking and determination for many small businesses to survive the pandemic. But for some, the global health crisis was a driver of newfound success.

Take 106-year-old plastics manufacturing firm ePlastics. Despite having to close down its retail showroom and struggling to source raw materials during the pandemic, sales were up. That was thanks to the new products ePlastics began manufacturing, such as plexiglass dividers and other protective devices. It also produced custom products for hospitals, universities, supermarkets and even the Navy.

“Nobody was prepared for this,” John Short, the general manager of ePlastics, stated in an interview with the New York Times. “Everyone was typing into Google search terms for ‘barriers’ and ‘shields,’ and we got calls from all over the world.”