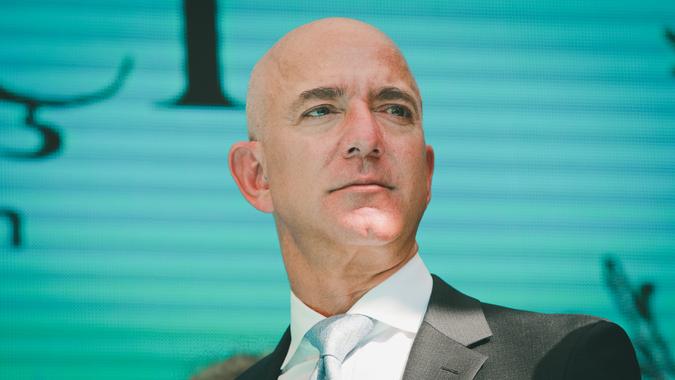 Amazon CEO Jeff Bezos, who will step down in the third quarter, published his final letter to shareholders, in which he says that “we need a better vision for our employees’ success.”

See: Do You Think the Minimum Wage Should Be $15? Take Our Poll
Find: Amazon Defeats Labor Union

“Despite what we’ve accomplished, it’s clear to me that we need a better vision for our employees’ success. We have always wanted to be Earth’s Most Customer-Centric Company. We won’t change that. It’s what got us here. But I am committing us to an addition. We are going to be Earth’s Best Employer and Earth’s Safest Place to Work,” Bezos writes in the letter.

The company has recently been facing criticism regarding its stance toward unions. However, despite celebrity and presidential endorsements, workers at an Alabama Amazon warehouse overwhelmingly voted against unionization earlier this week.

In addition, in February, New York State Attorney General Letitia James sued Amazon for being in violation of labor laws in the state, failing to provide adequate COVID-related safety measures.

In his letter, Bezos says that “if you read some of the news reports, you might think we have no care for employees. In those reports, our employees are sometimes accused of being desperate souls and treated as robots. That’s not accurate. They’re sophisticated and thoughtful people who have options for where to work. When we survey fulfillment center employees, 94% say they would recommend Amazon to a friend as a place to work.”

Bezos also writes that employees are able to take informal breaks throughout their shifts to stretch, get water, use the restroom or talk to a manager, all without impacting their performance.

“When we lead, others follow. Two and a half years ago, when we set a $15 minimum wage for our hourly employees, we did so because we wanted to lead on wages — not just run with the pack — and because we believed it was the right thing to do,” he writes.

See: Target and 17 Other Companies That Raised Their Minimum Wage to $15 (or More)
Find: 11 Clever Ways Amazon Gets You to Spend More

The CEO also notes what he wrote in his first letter to shareholders in 1997, in which he talked about his hope to create an  “enduring franchise.” He adds that last year, Amazon hired 500,000 employees and now directly employ 1.3 million people around the world.

“Along the way, we’ve created $1.6 trillion of wealth for shareowners. Who are they? Your Chair is one, and my Amazon shares have made me wealthy. But more than 7/8ths of the shares, representing $1.4 trillion of wealth creation, are owned by others.”

See: As Jeff Bezos Prepares to Step Down as CEO, How Much Is the Iconic Billionaire Worth?
Find: 6 Key Milestones That Turned Amazon into the World’s First $1.7 Trillion Retailer

Finally he says that in his upcoming role as executive chair, he will focus on new initiatives. “I’m an inventor. It’s what I enjoy the most and what I do best. It’s where I create the most value. I’m excited to work alongside the large team of passionate people we have in Ops and help invent in this arena of Earth’s Best Employer and Earth’s Safest Place to Work,” Bezos writes.