Amazon Plans Closures of Bookstores, Other Retail Stores To Focus on Groceries 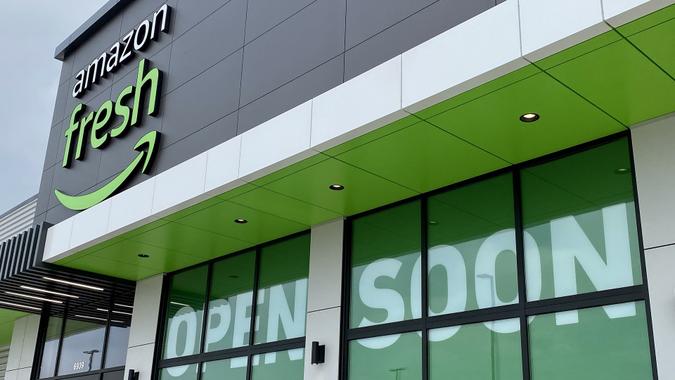 Amazon said it would be closing all 68 of its brick-and-mortar bookstores and pop-ups in the United States and United Kingdom to focus more on its grocery markets and a department store concept going forward.

Explore: Amazon Continues To Build Grocery Stores, but How Successful Are They?
Learn: Should You Buy Groceries at the Dollar Store?

Reuters, which reported the news first, stated the announcement marks a turning point for a company that began as an online bookseller and helped drive established rivals such as Borders to bankruptcy.

An Amazon spokeswoman told The Wall Street Journal that the company remains “committed to building great, long-term physical retail experiences and technologies, and we’re working closely with our affected employees to help them find new roles within Amazon.”

The Wall Street Journal also said Amazon operates more than 20 bookstores throughout the U.S., “pop up” locations mostly in malls and “4-star” stores.

Related: Should You Buy Groceries at Walmart?

Amazon plans to “focus more” on other retail efforts, including its stores for groceries, such as Amazon Fresh and Whole Foods, as well as its recently launched apparel shop, Amazon Style, CNN reported. Amazon Style, launched in January 2022, will “soon” open its first location at The Americana at Brand in Los Angeles, according to a press release.

Pachter added that Andy Jassy, Amazon’s new chief executive, likely made this call as he reviewed the retailer’s myriad businesses since taking the top job in July. “Retail is hard, and they’re discovering that,” he said, according to Reuters.

Amazon had 672 North America and seven international stores as of December 31, 2021, according to a Securities and Exchange Commission (SEC) filing.