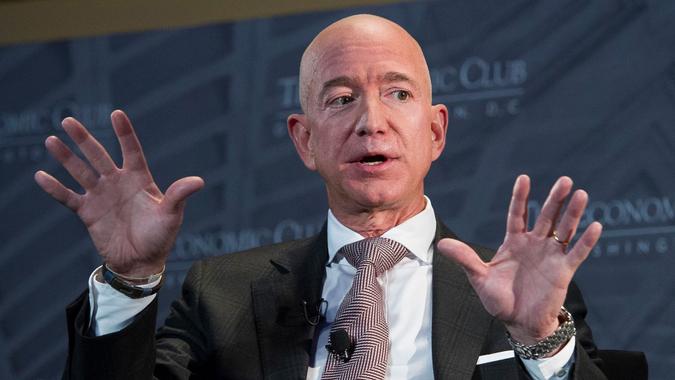 The sweeping infrastructure bill, along with Biden’s Made in America corporate tax plan, “will be fully paid for within the next 15 years and reduce deficits in the years after,” Biden said last week.

“We support the Biden Administration’s focus on making bold investments in American infrastructure. Both Democrats and Republicans have supported infrastructure in the past, and it’s the right time to work together to make this happen,” Bezos said in a statement, which was also tweeted. “We recognize this investment will require concessions from all sides — both on the specifics of what’s included as well as how it gets paid for (we’re supportive of a rise in the corporate tax rate). We look forward to Congress and the Administration coming together to find the right, balanced solution that maintains or enhances U.S. competitiveness.”

As part of the infrastructure plan, Biden unveiled the Made in America Tax Plan “to fix the corporate tax code so that it incentivizes job creation and investment here in the United States, stops unfair and wasteful profit shifting to tax havens, and ensures that large corporations are paying their fair share.”

Specifically, this would translate into setting the corporate tax rate at 28% and strengthening the global minimum tax for U.S. multinational corporations by increasing the minimum tax to 21% and calculating it on a country-by-country basis so it hits profits in tax havens.

This plan follows the $1.9 trillion American Rescue Plan Biden signed into law earlier this month. Republicans have already voiced strong opposition, with Senate Republican Leader Mitch McConnell issuing a statement earlier this week calling it “a missed opportunity by the administration” and saying there would be no bipartisan support.