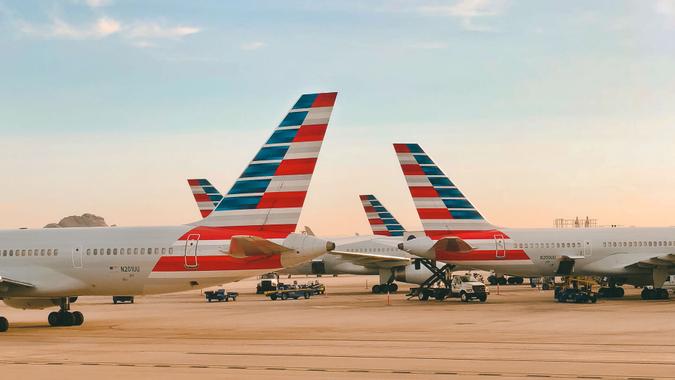 In another seemingly small step towards pre-pandemic normalcy, American Airlines has announced that it’s expanding its summer schedule in anticipation of ramped up vaccinations and increased demand for air travel.

Find Out: Beaten-Down Stocks Likely to Bounce Back After COVID-19
Learn More: The 10 Industries That Have Been Impacted the Most by COVID-19

American Airlines plans to fly 90% of the domestic and 80% of the international schedule it flew before the coronavirus all but grounded air travel, the airline stated.

In its latest press release, the airline announced that American Airlines will operate more than 150 new routes this summer. It also announced it will operate more larger Boeing planes to accommodate increased demand in Latin America and the Carribean.

American told customers its demand has almost reached 2019 levels domestically, but that they project international capacity will still be down 20% for the summer.

Airlines have been one of the hardest-hit sectors during the pandemic, also affecting global oil demand. Airlines are eager to reopen to full capacity, and airline executives will begin briefing investors on their strategies this week as Delta kicks off quarterly reporting, according to CNBC.

Among the new improvements are also bigger, wider planes to handle domestic flights this summer. Simple Flying reports that all services from LAX to JFK will run on Boeing 777s this summer, meaning much larger capacity and more premium cabins than the narrower bodies that typically run these routes.