Baseball All-Star Game Moves to Denver as Controversy Rages On 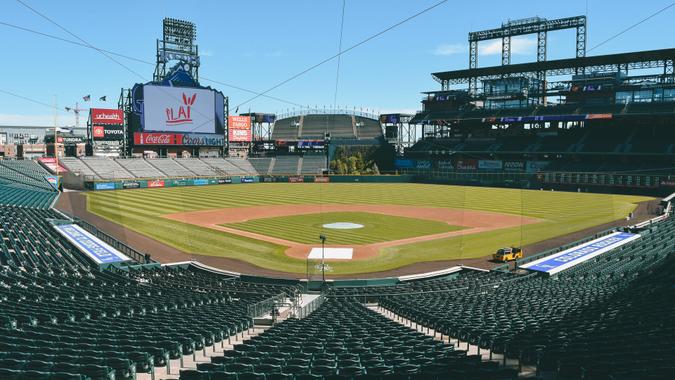 It didn’t take Major League Baseball long to find a new home for its 2021 All-Star Game. On Tuesday, just days after pulling it out of Atlanta following the passage of a controversial new voting law passed by Georgia lawmakers, the league said it will hold the Midsummer Classic at Coors Field in Denver.

MLB said in a statement that it chose Denver, home of the Colorado Rockies, because the Rockies were already in the bidding process to host a future All-Star Game. The Rockies had “supplied  detailed plan[s] for hotel, event space and security that took months to assemble, and MLB staff had already made several site visits,” MLB reported on its website.

MLB also said Colorado Gov. Jared Polis and Denver Mayor Michael Hancock have committed to providing the facilities and services needed to support both the game and the various events surrounding it.

The game is scheduled for July 13.

See: The Highest-Paid MLB Player on Every Team
Find: What Playing in Empty Stadiums Will Cost MLB

The game’s new location might be settled, but the controversy surrounding MLB’s decision to move it has shown no signs of receding. As CNBC reported on Tuesday, MLB has faced backlash from politicians and civic leaders for relocating the game. The league has also faced criticism from the Atlanta Braves organization, which is owned by Liberty Media Corp.

Meanwhile, officials from Cobb Travel and Tourism in Georgia said the state could suffer an economic loss of more than $100 million because of the relocation.

MLB, along with companies such as Coca Cola, Delta and JPMorgan Chase, have voiced opposition to the new Georgia voting law, which passed last month. Among the chief criticisms are that the new law severely restricts voting rights and unfairly suppresses the minority vote.