From Meme Stock to Winner? Bed, Bath and Beyond Raises Sales Expectations 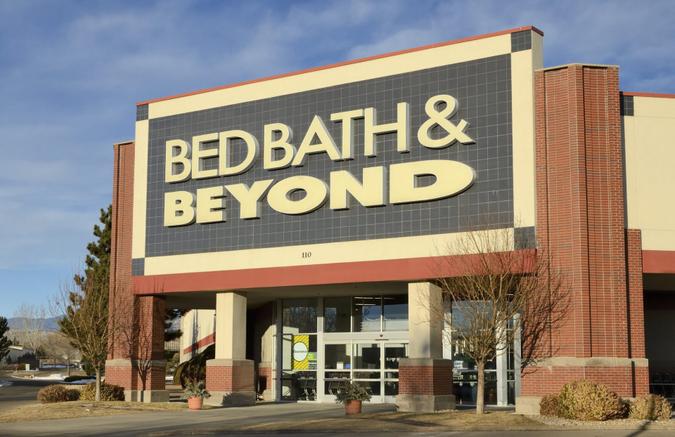 Not all meme stocks are created equal, and Bed Bath & Beyond is out to prove as much. The once-troubled home goods retailer — which many investors are betting against by short-selling the stock — offered a fairly rosy outlook for the rest of the year after it beat fiscal first-quarter revenue estimates but fell short on earnings.

See: Retail Sales Dropped 1.3% in May as Consumers Focus on Travel and Entertainment
Find: Signs We’re Bouncing Back: 6 Ways Americans’ Spending Has Changed Since Last Year

Bed Bath & Beyond’s Q1 sales rose nearly 50% from the prior year to $1.95 billion, topping consensus analyst views of $1.87 billion, CNBC reported Wednesday. The retailer’s turnaround from a couple of years of sales and earnings declines — and a stock price that dipped below $5 last year — has been helped by the launch of new brands and a companywide effort to remodel stores.

For the fiscal first quarter, Bed Bath & Beyond’s adjusted EPS came in at 5 cents, missing estimates of 8 cents. Digital sales during the quarter made up 38% of the total, while the company’s core sales — including revenue from Bed Bath & Beyond, Buybuy Baby, Harmon Face Values and Decorist — climbed 73%. Comparable sales rose 86% from the previous year, topping estimates of 75.6% growth.

In a conference call, CEO Mark Tritton said Bed Bath & Beyond is in “the early stages of our transformation,” and added that Q1 results “prove we continue to deliver profitable growth as we reestablish our authority in home.”

The company’s stock price spiked to about $39 early Wednesday before closing near $33. CNBC noted that part of the early gain might be due to a short squeeze, meaning investors who bet against the stock are forced to back shares to cover their losses. Nearly one-fifth of Bed Bath & Beyond shares available for trading are sold short, according to FactSet. That’s close to the level of other meme stocks like GameStop and AMC.

The company’s shares were recently upgraded to Hold from Sell by CFRA analyst Kenneth Leon, who said in a note that the upgrade “is based on our confidence management can execute major brand transformation that will accelerate the digital experience, ration stores by closing low demographic locations, remodel most stores, and bring on new stores all in the new store layout and website that showcases eight new brand product categories recently introduced.”

But some analysts are taking more of a wait-and-see approach. As Kiplinger reported, UBS analyst Michael Lasser, who has a Sell rating on the stock, believes Bed Bath & Beyond “will face stiff headwinds from consumers shifting wallet share away from home furnishings. This will likely materialize as consumers head back to the office.”