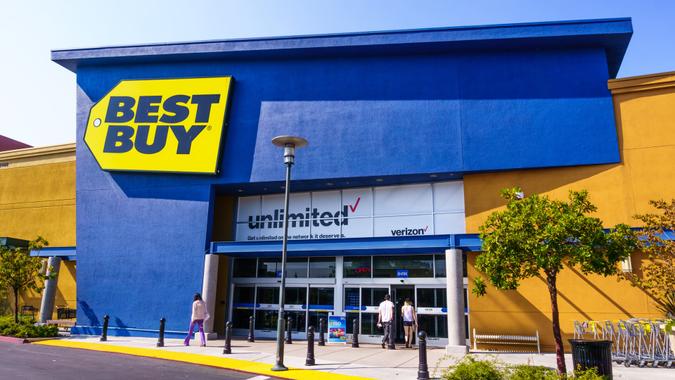 Best Buy said it will pilot a new membership program in select markets in an attempt to grab market share from Amazon Prime – or at least protect its own turf.

In a Wednesday blog on the company’s website, Best Buy said the new program, called Best Buy Beta, will give members special discounts, unlimited Geek Squad technical support, up to two years of protection on most product purchases, free standard shipping and delivery, and free installation on most products and appliances.

The cost is $199.99 per year for regular customers and $179.99 per year for Best Buy credit card holders. Membership also includes access to an exclusive concierge service that gives members access to Best Buy’s concierge team 24/7 by phone, chat, email or through the Best Buy app. The program is currently being rolled out to select stores in Iowa, Oklahoma and Pennsylvania, with stores in Minnesota, North Carolina and Tennessee next on the list.

If those kinds of services sound familiar, they are. As Business Insider noted Wednesday, Best Buy Beta will be in direct competition with Amazon Prime, which provides a similar membership program for $119 per year and had more than 150 million active members last year, according to Statista.

Michael Baker, a retail analyst at Davidson & Co., told CNN Business that Best Buy’s membership program is yet another example of the electronics retailer’s strategy to win customers through better customer service and technological expertise rather than just product sales. And with a membership program, Best Buy can generate recurring fees from customers.

Check Out: 23 Secret Ways To Save Money on Amazon
Read Next: Walmart+ vs. Amazon Prime: Which Is Better?

The membership program comes after a strong year for Best Buy, which has enjoyed a rise in sales of products such as laptops and kitchen appliances as more Americans worked and cooked at home. The company expects sales to taper off this year, however.