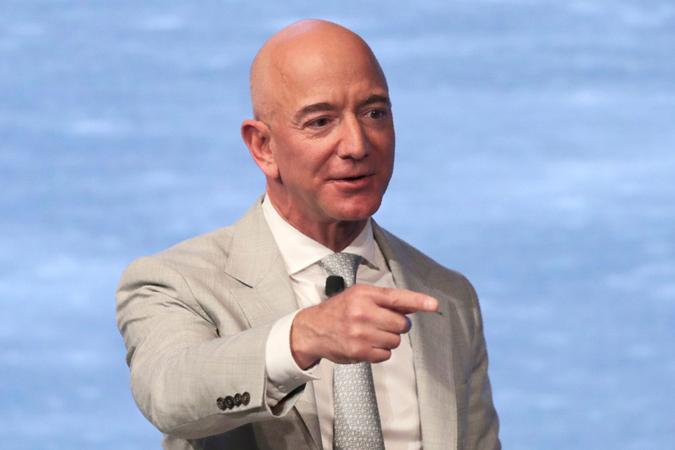 Amazon founder and CEO Jeff Bezos, who announced earlier this month he would step down in the third quarter, is rumored to be looking to become an NFL team owner.

See: As Jeff Bezos Prepares to Step Down as CEO, How Much Is the Iconic Billionaire Worth?
Find: Jeff Bezos Has a New Focus – What Will It Mean for the World?

Bezos is said to be in talks to buy a stake in the Washington Football Team, according to Front Office Sports.

The team, which is working on a new name after having dropped its Redskins name last year, has been owned by Daniel Snyder since 1999. He bought it for $750 million and it’s valued at $3.5 billion, ranking as the 8th most valuable NFL team, according to Forbes.

See: Here’s How Rich Every NFL Team Is
Find: Trader Joe’s Pushes Back on Food Labels — What Happened to 19 Other Offensive Logos

Three minority owners of the team, who collectively own 40%, hired boutique sports investment banking firm Moag & Company to lead the effort to sell part of the team, Front Office Sports reports, adding that Bezos’ attorney talked to the firm yesterday.

Bezos’ interest in purchasing an NFL team goes back to 2019, when CBS Sports reported that he had spent “considerable time around owners, including Washington’s Dan Snyder.”

See: A Look Back at the Life and Career of Jeff Bezos
Find: In an Unforgiving Year, the NFL Faced COVID and Somehow Thrived

Bezos also bought a $23 million, 27,000-square-foot mansion in Washington, D.C., in 2016. And earlier this month, Amazon revealed the architectural plans of the building for its Arlington, Virginia headquarters, according to The Washington Post.

When he steps down from Amazon, Bezos will become executive chair and will be replaced as CEO by Andy Jassy, the company said. Amazon released earnings earlier this month, beating estimates and reporting its largest all-time revenue of $125.56 billion for the fourth quarter of 2020.