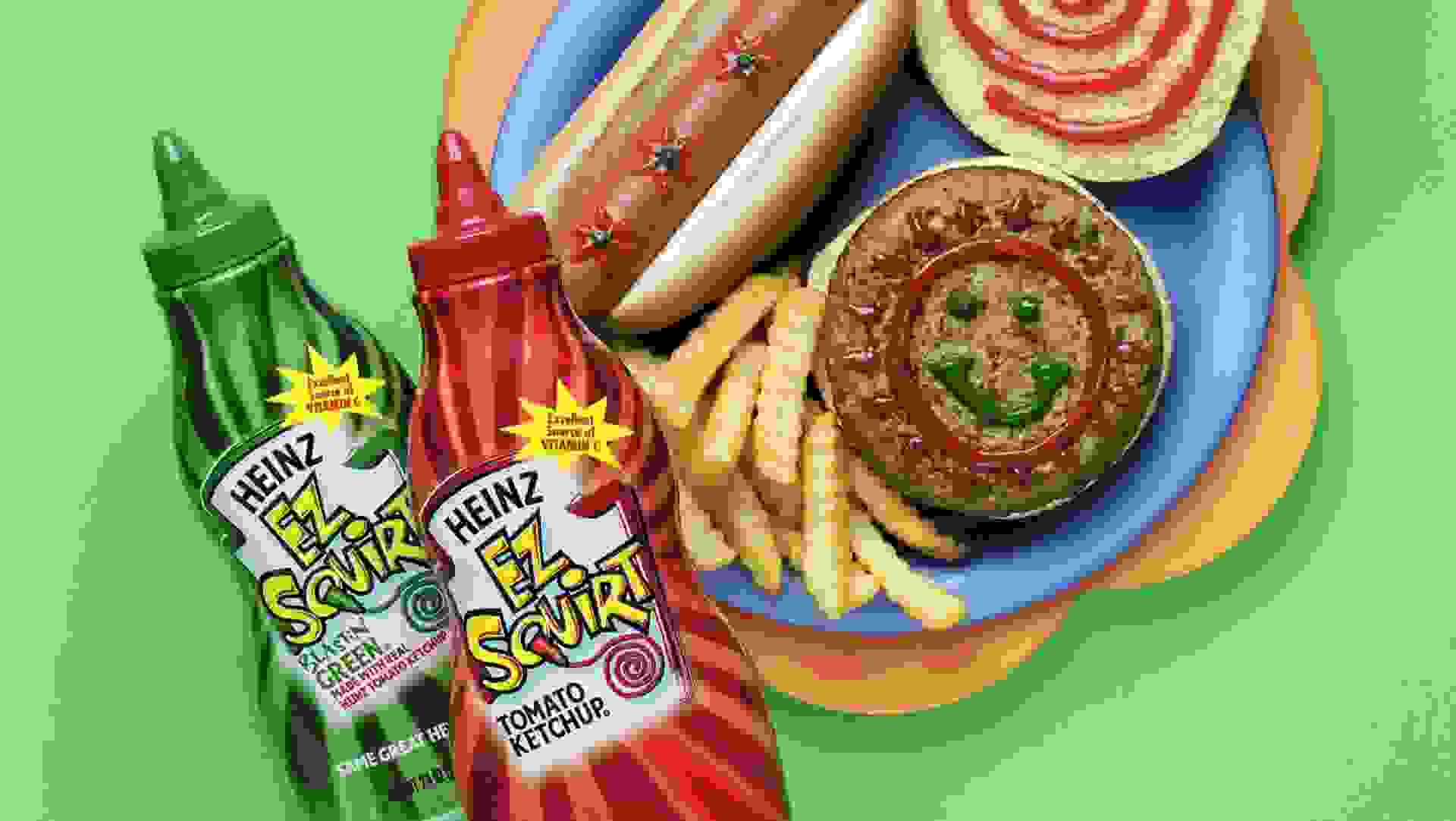 In the world of big business, success can depend on innovation. From the Model T to the iPhone, it’s often aggressive, mold-breaking new ideas that not only skyrocket companies to the top of the financial heap, but also actively change consumers’ lives.

Money Makers: 25 Companies Making the Most Money From Coronavirus 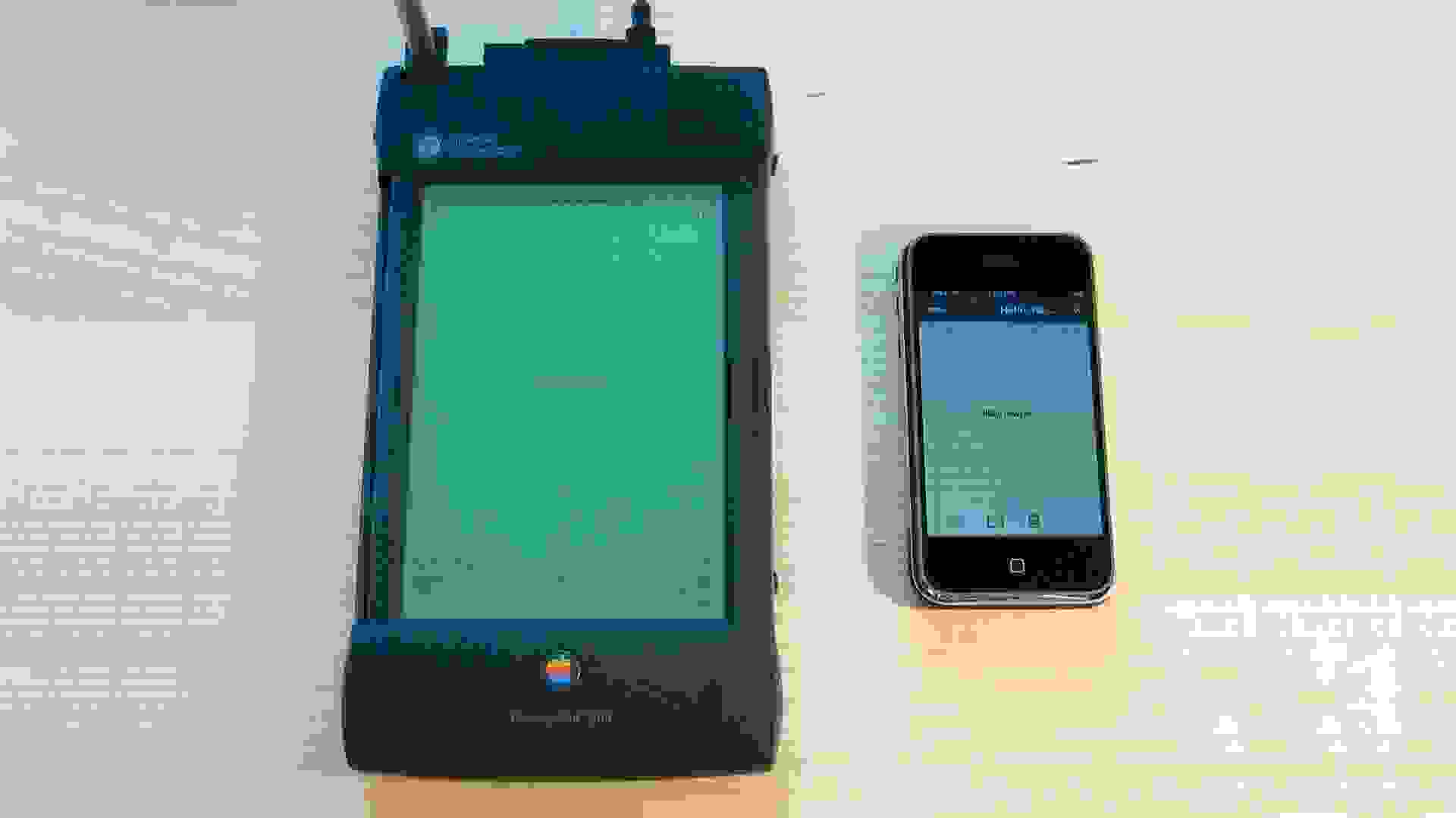 In a way, the Apple Newton was the proto-tablet. Former Apple CEO John Sculley told CNET that when the Newton was conceived in the early 1990s, the company spent more than $100 million — that’s about $170 million in today’s money — developing the handheld device, a PDA-like piece of technology that used a stylus to manage information and take notes.

As the Newton prepped for release in 1993, Sculley was forced to resign — his passion project was a key factor in Apple’s third-quarter loss of $183.5 million, Gizmodo reported. The Newton line was an object of ridicule in its few years on the market, but the ARM processor that powered it went on to make Apple a healthy profit in other business ventures. 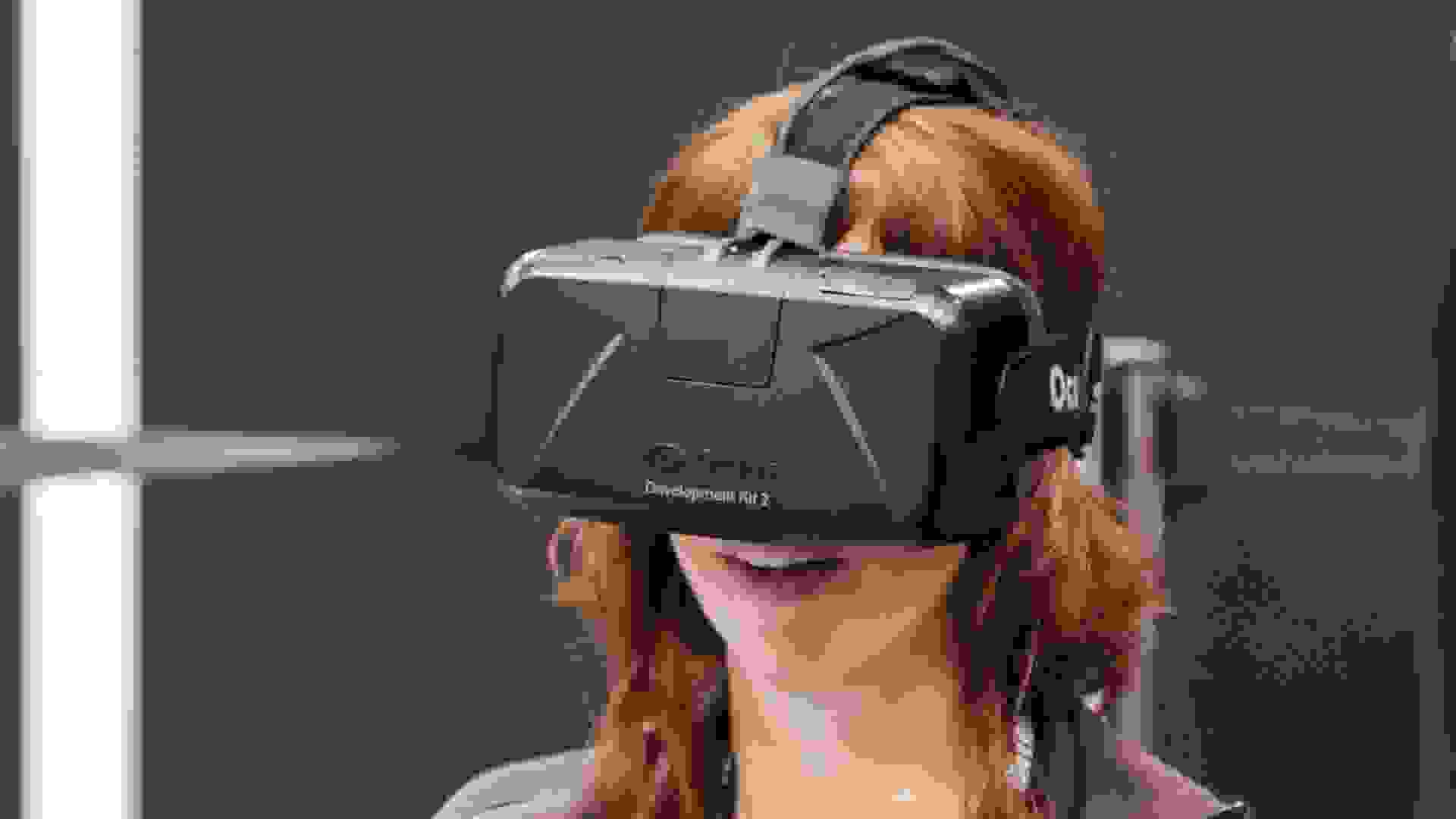 In 2014, Facebook acquired Oculus VR, which CEO Mark Zuckerberg boasted was the current “leader in virtual reality technology.” The Oculus Rift virtual reality headset seemed to have all the hype in the world behind it, and Facebook’s $3 billion acquisition only heightened the noise.

Facebook lost $500 million in 2017 when game development firm ZeniMax sued Oculus for stealing proprietary design information. In March 2017, one month after the lawsuit concluded, Facebook slashed the price of the Rift headset from $600 to $500 and cut the price of its controllers in half to $100, Fortune reported. The payout on that lawsuit has since been halved — $250 million was awarded for breach of contract and copyright infringement, but the other $250 million awarded by jurors was thrown out.

Facebook’s VR bet remains a long-term gamble that could still pay off in a big way. However, in the short term, the company has not seen a return on its money. 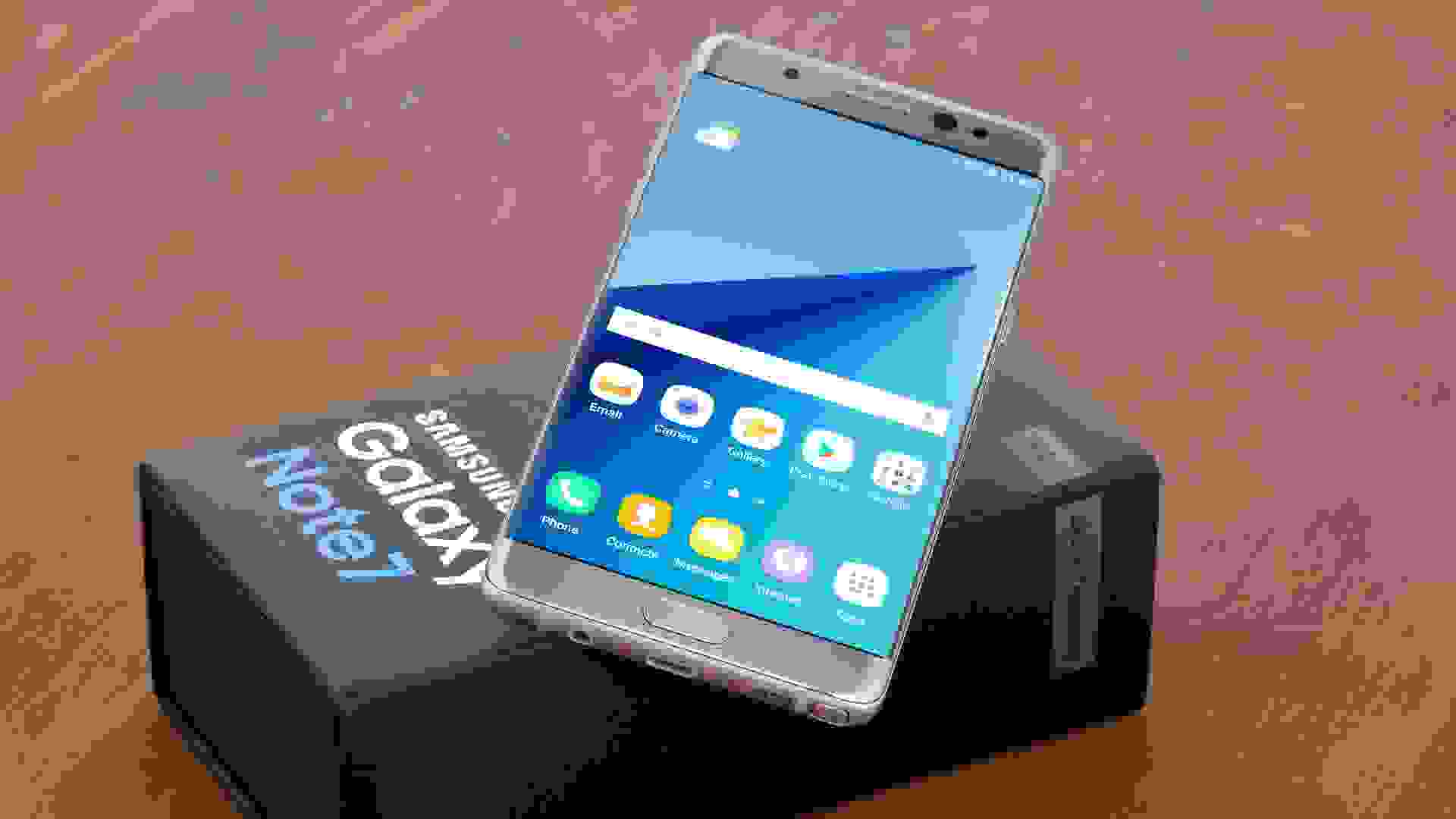 When reports of the much-anticipated and well-reviewed Samsung Galaxy Note 7 overheating — and sometimes exploding — started to surface in 2016, it wasn’t long before Samsung’s brand would explode, too. And not in a good way.

Samsung estimated in late 2016 that it would lose about $3.1 billion on the Note 7 recall over a six-month period. That’s on top of the phone’s discontinuation from the product line, which slashed the company’s profits by $2.3 billion, according to Bloomberg. 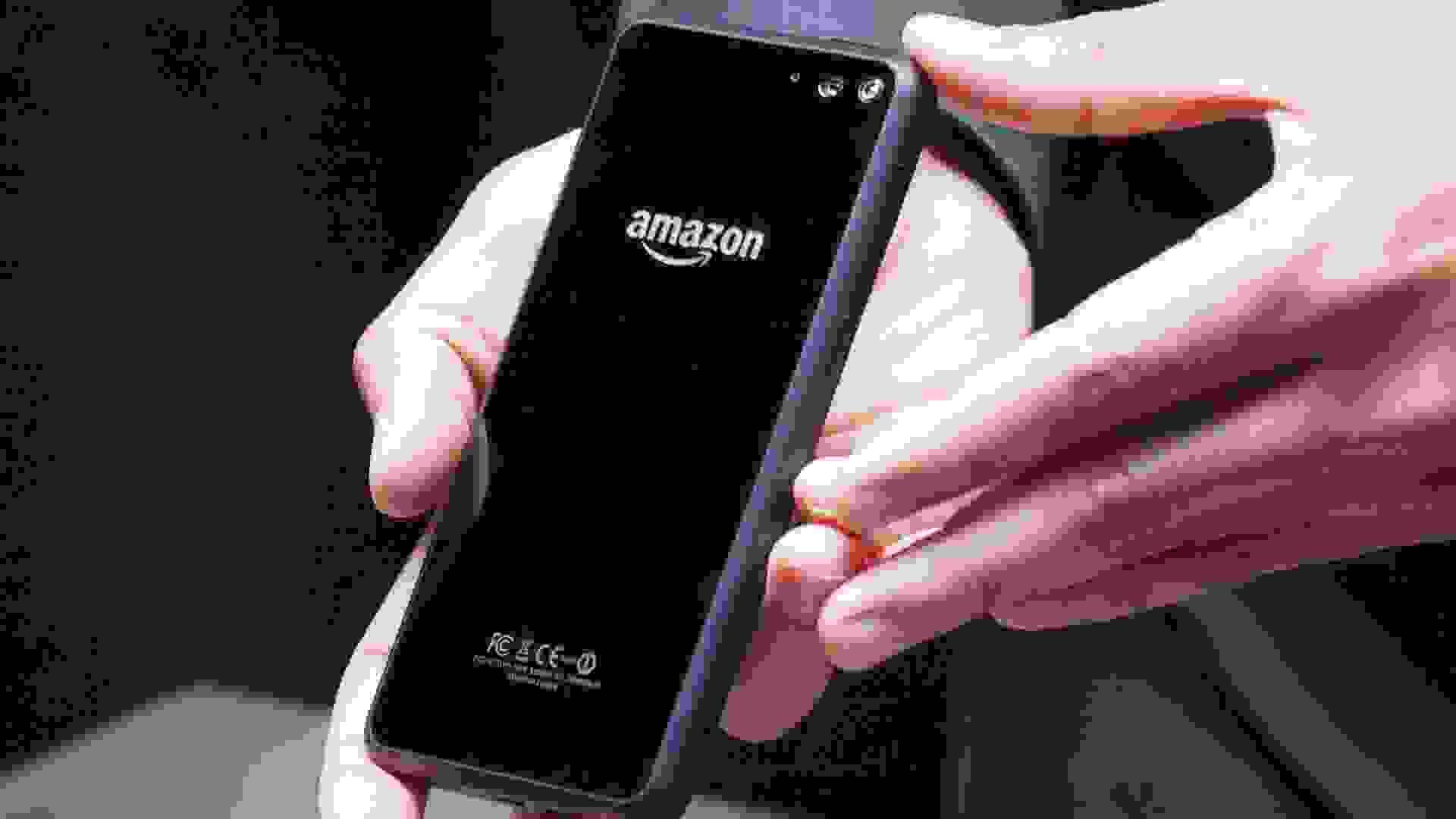 Although it’s difficult to pinpoint which experiment has been the costliest, the Amazon Fire Phone is certainly the most prolific. Launched in June 2014, the face-tracking smartphone sold only 35,000 units, forcing the company to write off $170 million on unsold Fire Phones. By October of that year, Amazon had about 207,000 unsold phones in stock, according to Business Insider. 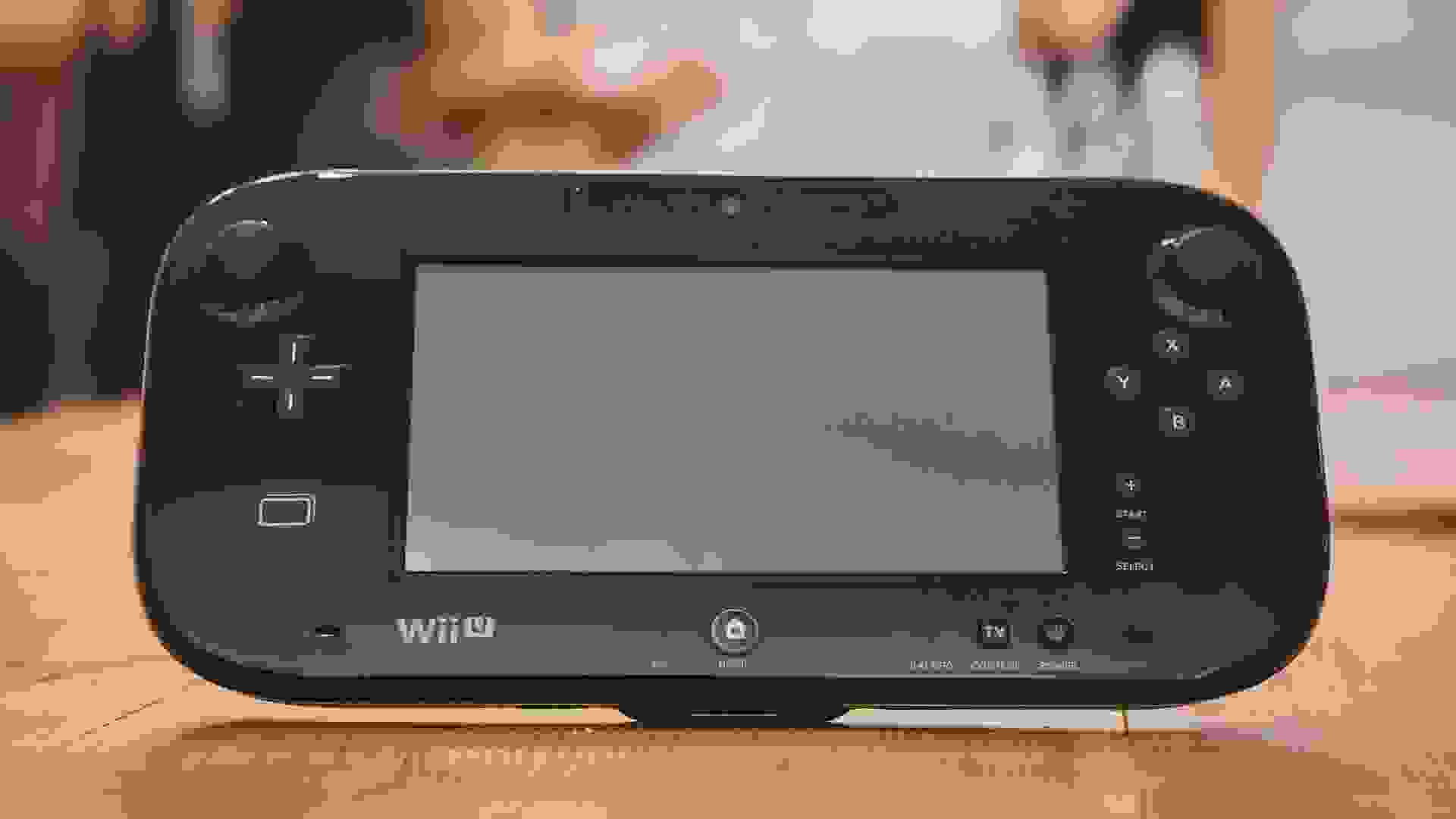 Nintendo’s most notorious flop was the short-lived 1995 virtual reality experiment known as the Virtual Boy, which only sold 770,000 units. But, 2012’s Wii U was its biggest failure on the home console market. Trudging through a confusing concept and lackluster marketing campaign among other issues, the follow-up to the highly successful Wii only ended up selling 13.56 million consoles.

The Wii U’s reign saw the publishers of Pokemon consistently losing money, an exceedingly rare event in the company’s 125-year history. The Kyoto-based game wizards reported an operating loss of $457 million for 2014. Just before the Wii U gave way to the Nintendo Switch, the company reported another $232 million loss in the first quarter of 2016. 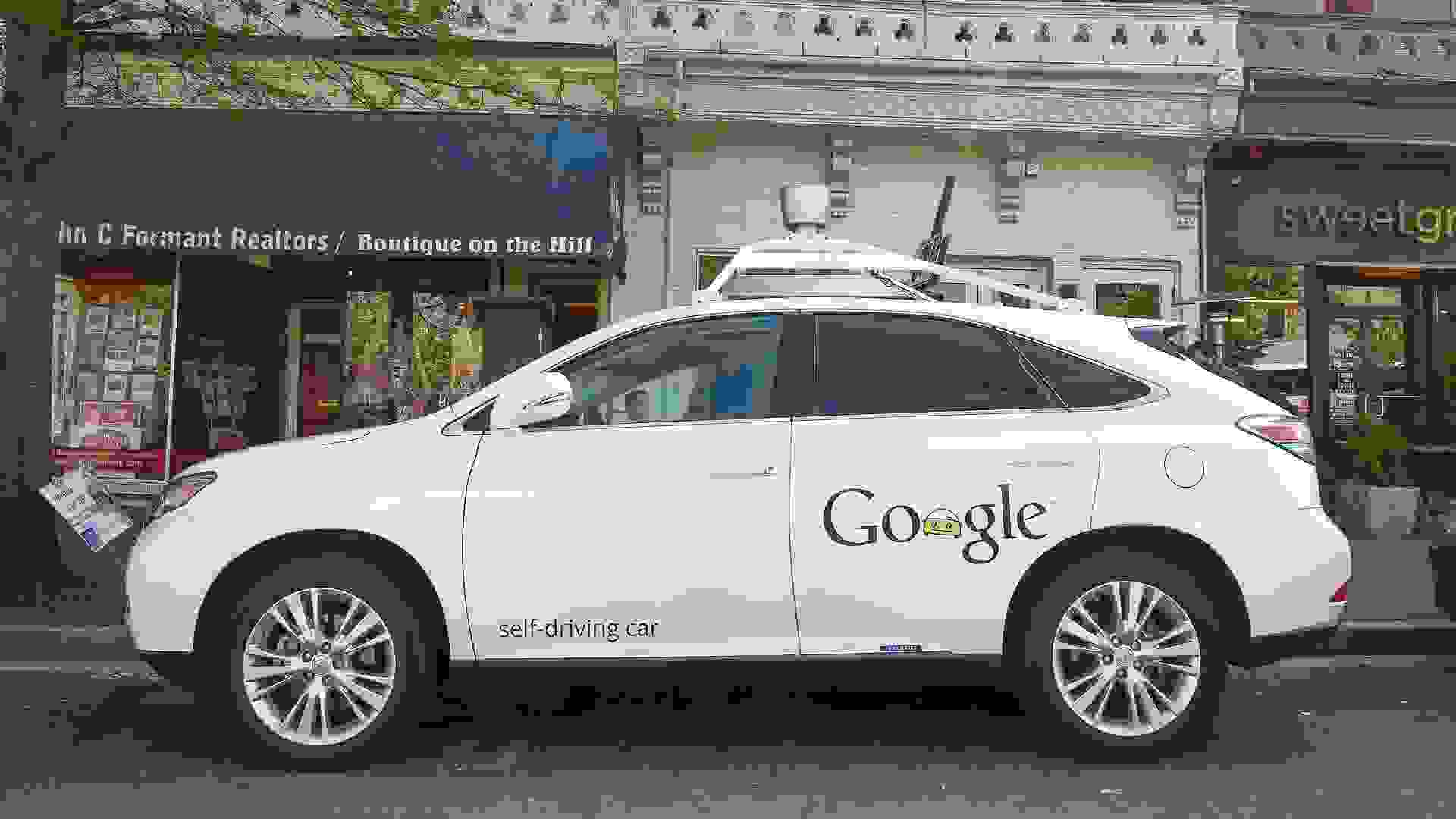 Google can be forgiven for thinking that it had the ability to challenge Facebook for social media supremacy way back in 2010. After all, the rise and fall of Friendster and MySpace seemed to indicate that people were willing to leave social media platforms for new ones, and Google executives were fairly prescient in seeing Facebook’s growth into a major competitor.

That said, Google Plus definitely did not have the desired effect. The platform still exists in that it’s part of your universal login for Google, but most people ignore it while they access their email or calendar — not what the search engine giant was looking for when it first launched the network. 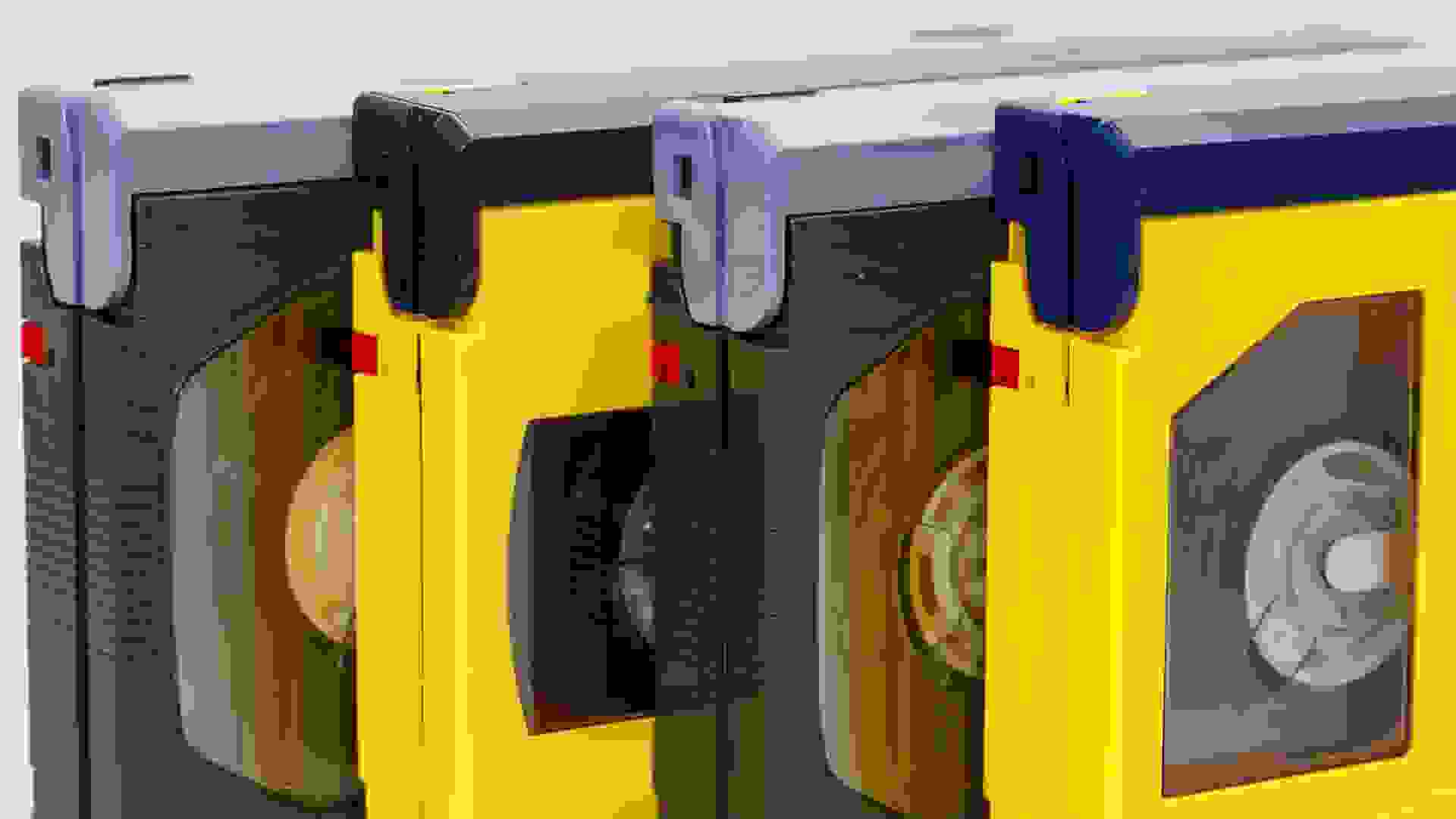 When Sony launched the Betamax home video machine in 1975, said to be the top of the line in home cinema, it had every reason to believe in the product’s success. After all, it was technically superior to JVC’s VHS machine — its biggest competitor. Unfortunately, despite Sony sinking a ton of cash into marketing, more companies began making VHS, driving down its price. Once it was clear that VHS was the cheaper option, Betamax didn’t stand a chance. 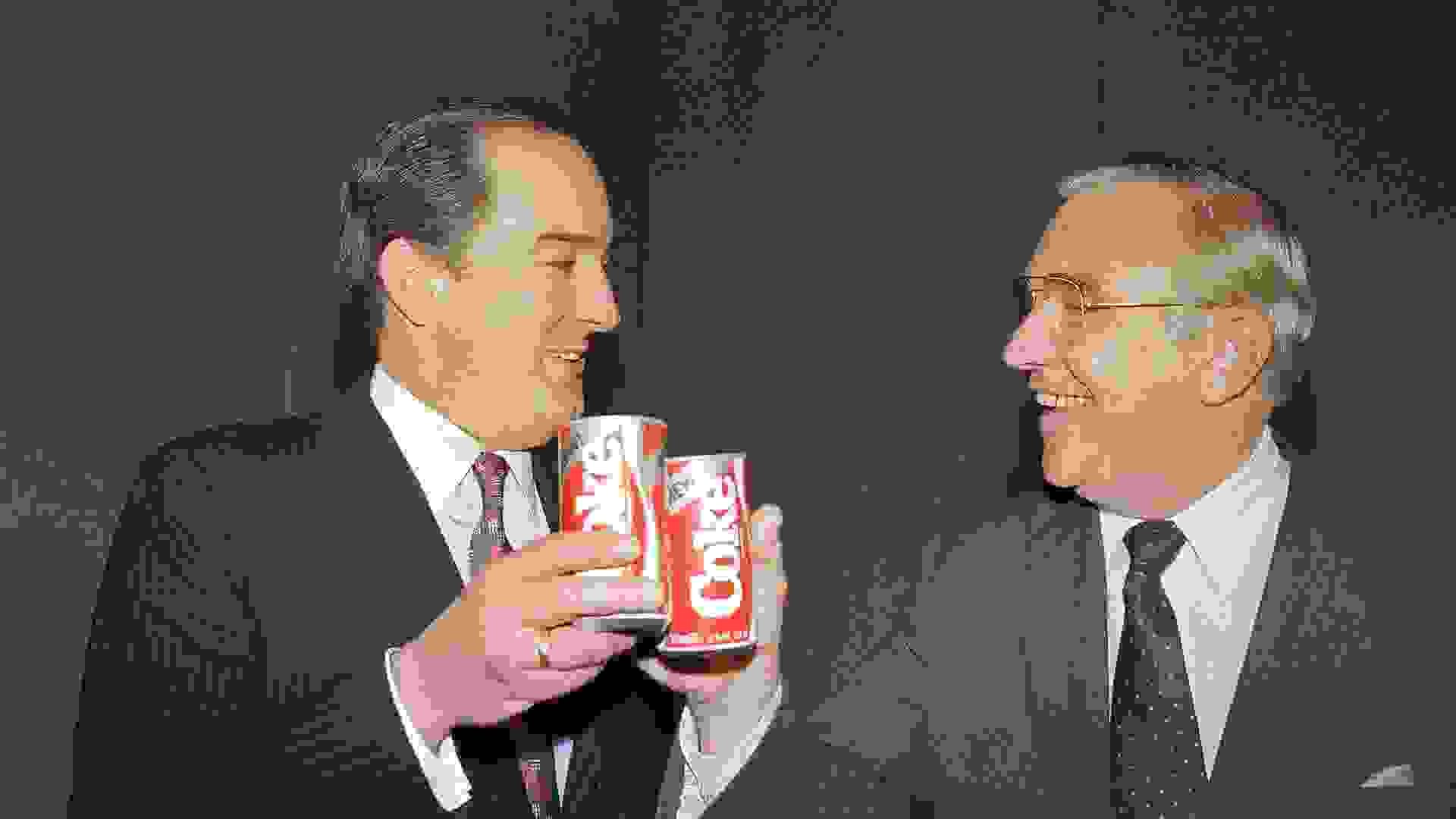 Coca-Cola, maker of the popular Coke soft drink, experienced a decline in sales in the 1980s due to the increasing popularity of Pepsi. Desperate to regain market share, Coca-Cola launched New Coke in 1985 with the aim of it tasting more like Pepsi, which marked the first change to the cola’s formula in 99 years.

The gambit backfired; customers were outraged and Coke sales plummeted even further in only a few weeks. Coca-Cola quickly dumped New Coke and brought back their original formula, branding it Coca-Cola Classic. 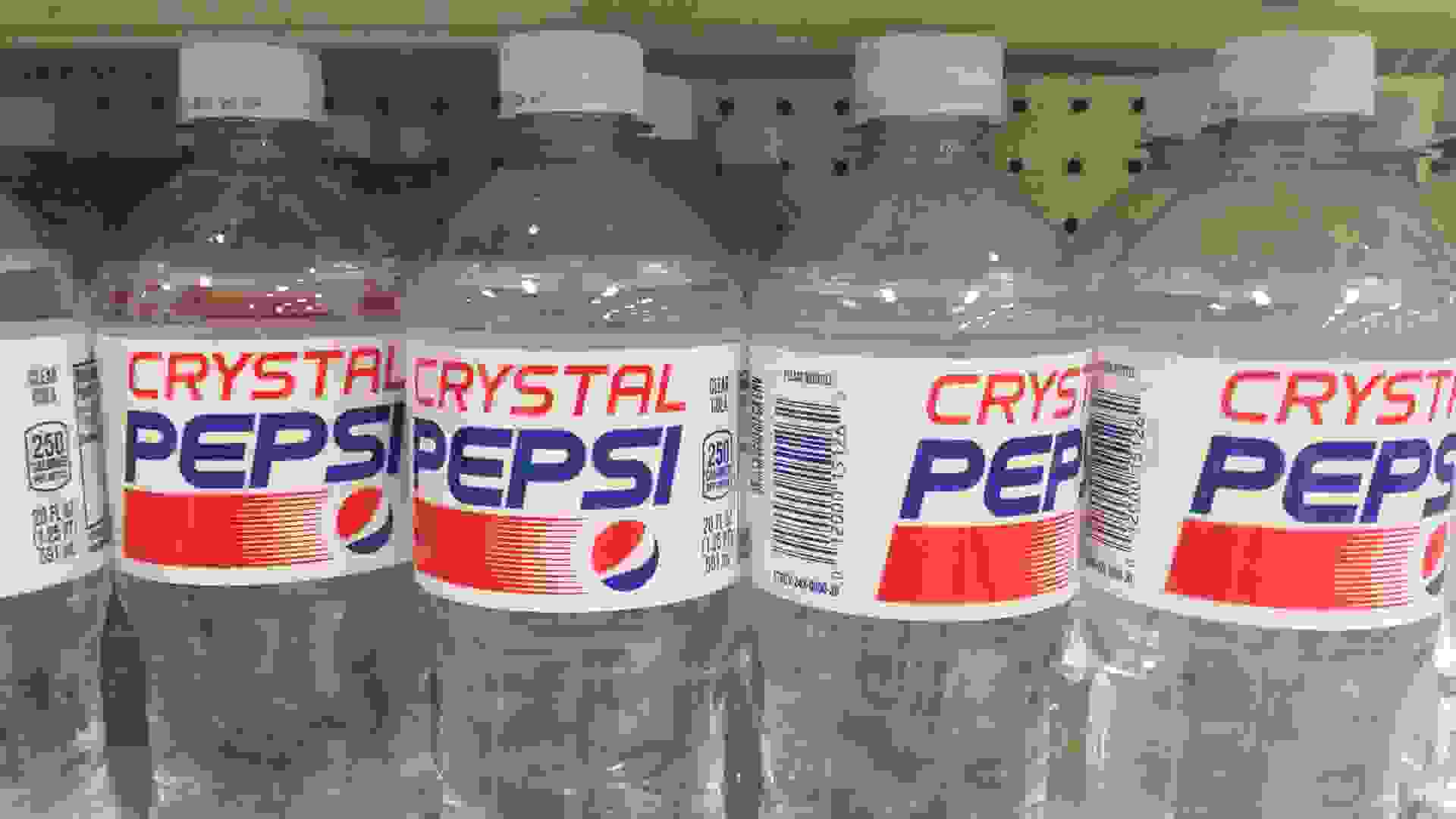 In 1992, as part of a move to appear health-conscious, Pepsi introduced a clear, caffeine-free version of their popular cola — Crystal Pepsi. So confident of its success, Pepsi even bought a pricey ad to air during Super Bowl XXVII. The novelty of the product helped spur strong initial sales, but not enough to last; Pepsi abandoned the drink two years later. The company brought it back as a nostalgia item briefly in 2016, perhaps hoping consumers had a short memory. 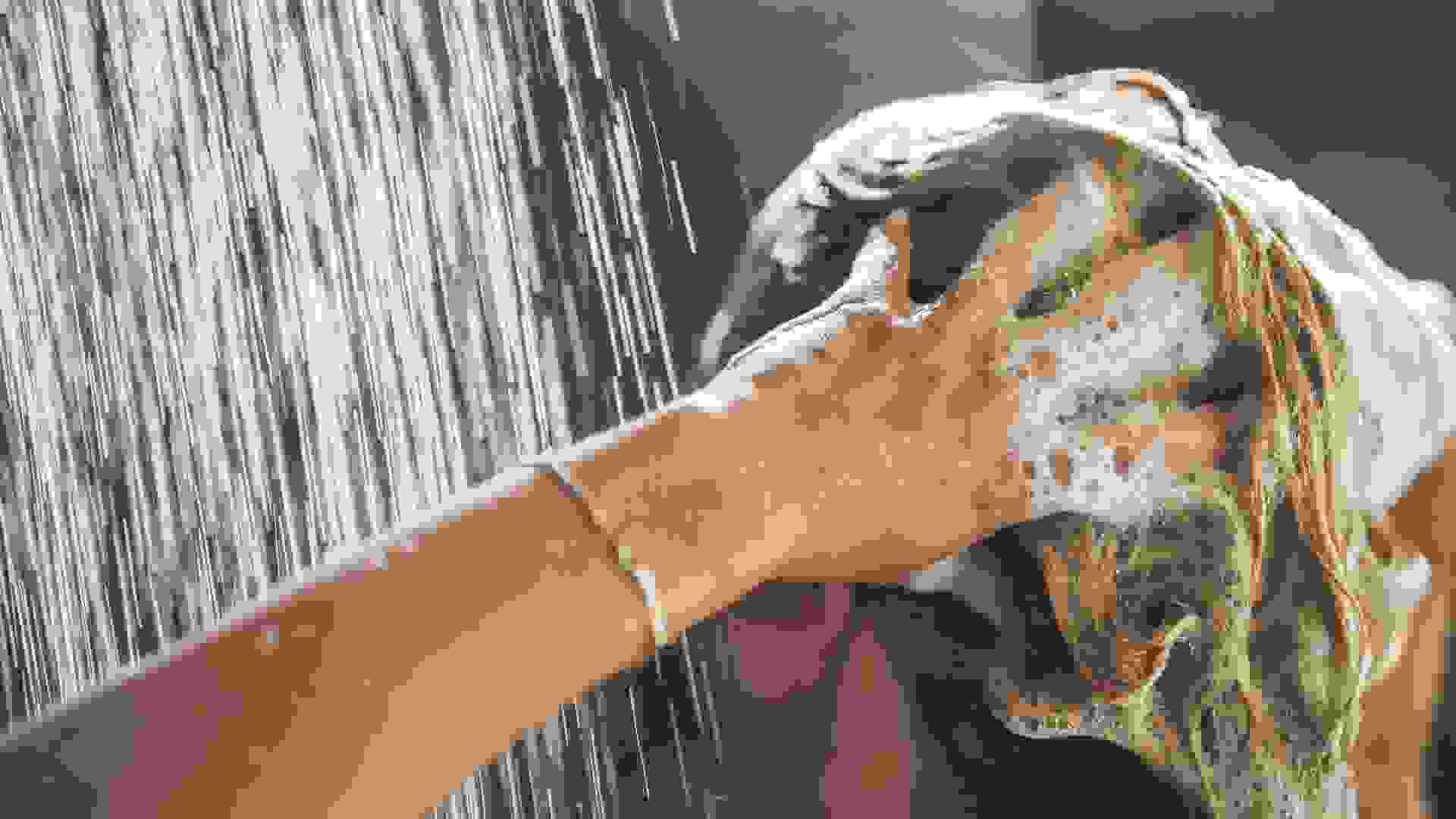 In 1979, riding the trend of incorporating natural food items such as herbs and honey into non-edible products, hair company Clairol rolled out a shampoo with yogurt in it. The product wasn’t very successful, perhaps because some confused consumers tried to eat it. The manufacturer soon discontinued the item. 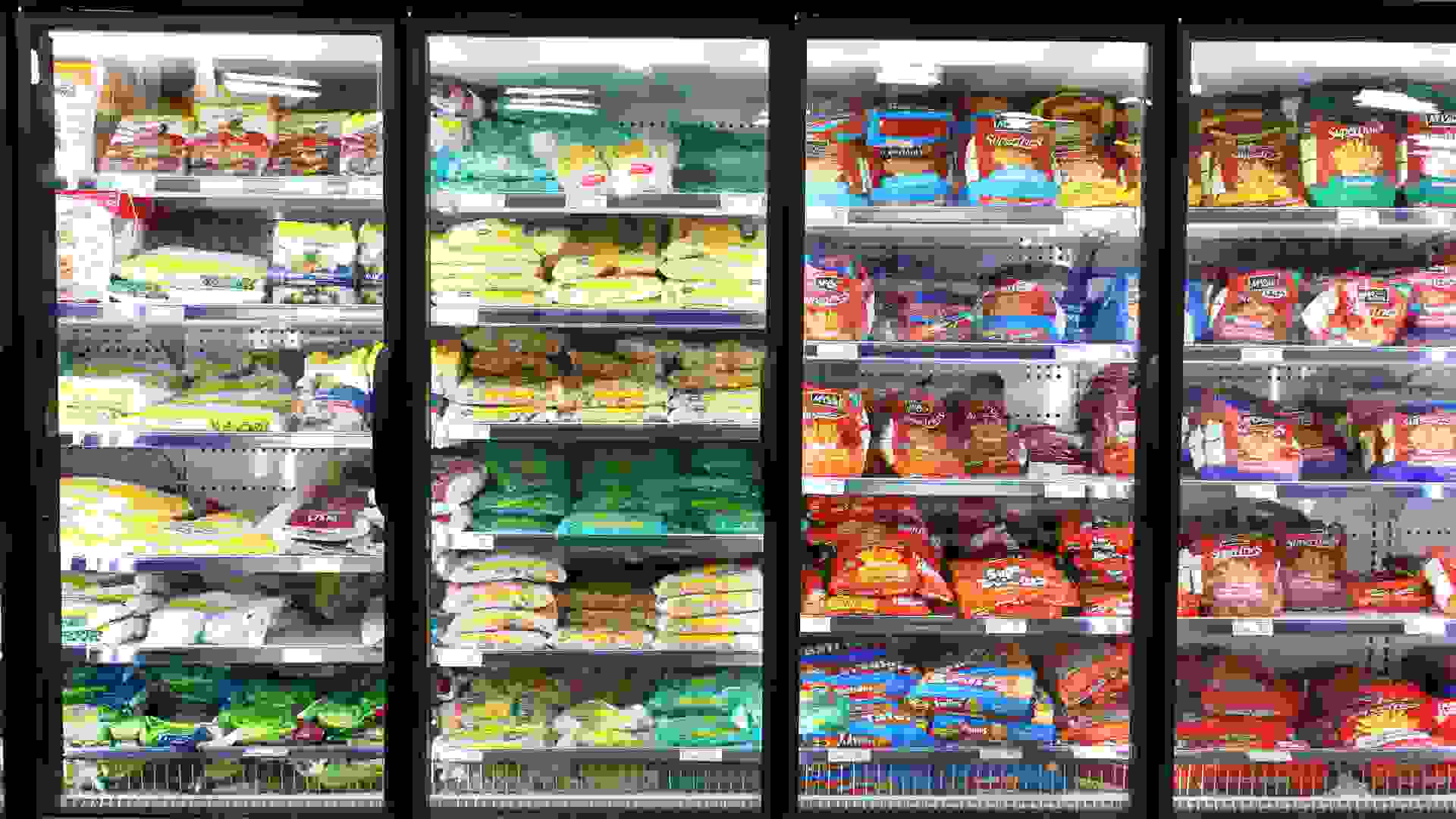 The Colgate name is synonymous with toothpaste, which might be what made its foray into frozen foods a failure. In 1982, Colgate ventured into pre-prepared frozen meals, to very little success. With numerous other companies already in the market, and with a name that consumers likely associated too much with their toothpaste, the entrees barely made entry before they flopped. 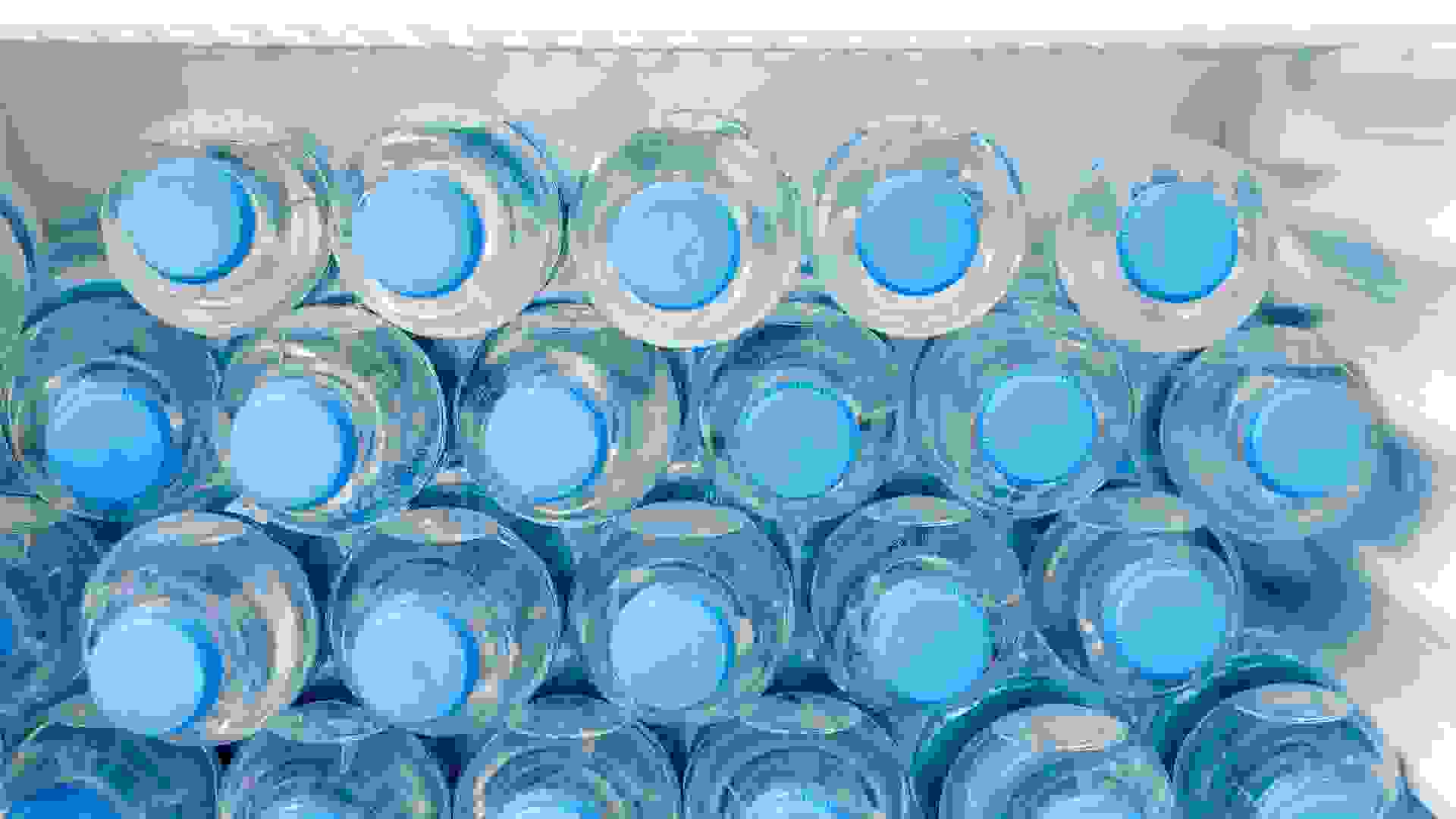 In 1990, Coors, one of the most popular beers in the country, decided to hop on the fast-growing bottled water movement with Coors Rocky Mountain Sparkling Water. This was the company’s first non-alcoholic product since Prohibition in the 1920s, but it turned out to be a branding fail. Ultimately, the product didn’t quench consumers’ thirst for what they really wanted: beer.

Discover: These Billion-Dollar Companies Changed the Way We Live 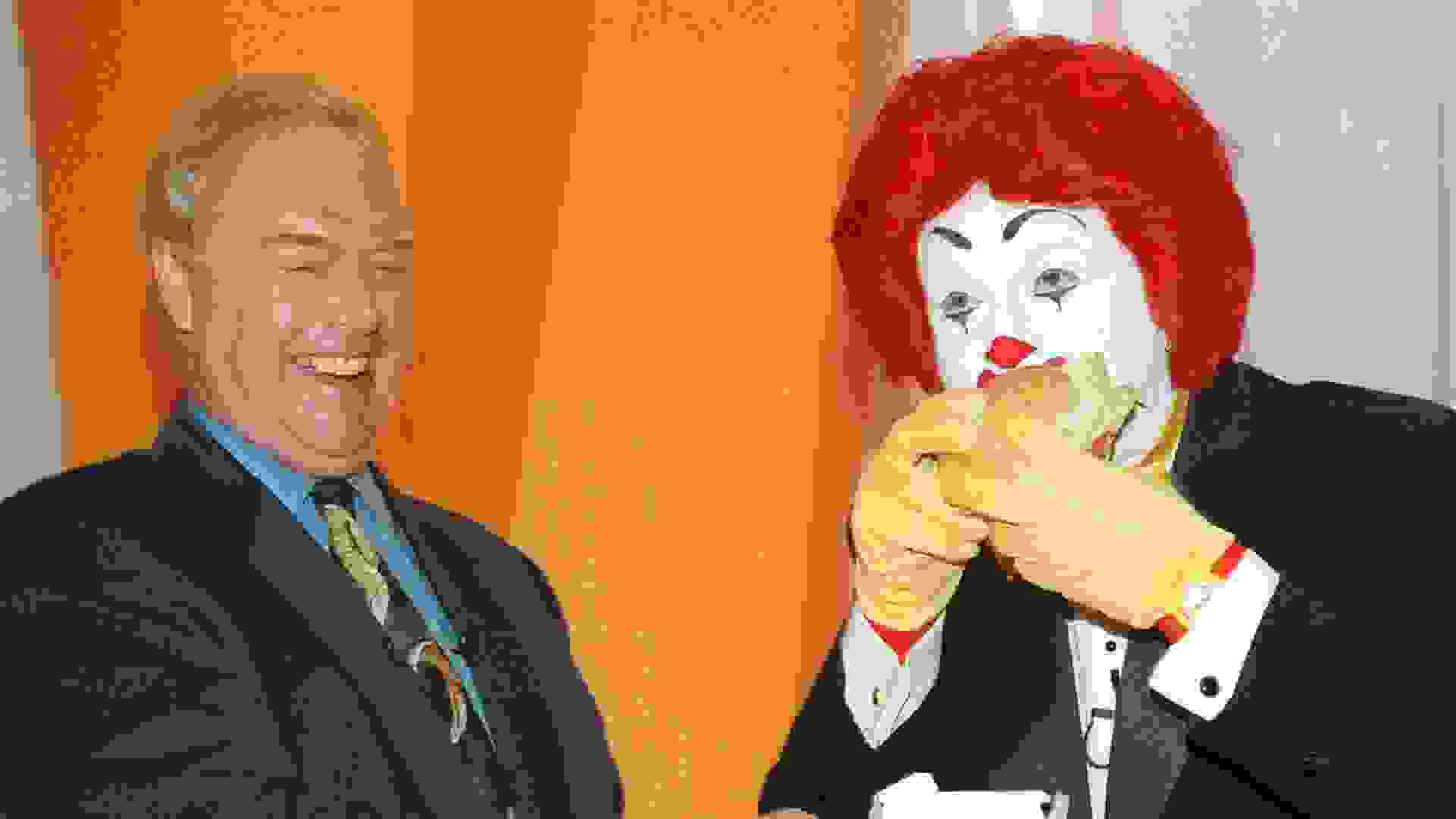 Attempting to stretch its demographic to a more “sophisticated” audience, McDonald’s introduced the Arch Deluxe burger in 1996. They marketed it as having a more “grownup taste” with one commercial showing a child reluctant to eat it, and spent somewhere between $100 million and $200 million in marketing. Alas, the fast-food giant was simply ahead of its time, preceding more “urban” burger places such as Five Guys by a decade and making it unable to profit off the trend. 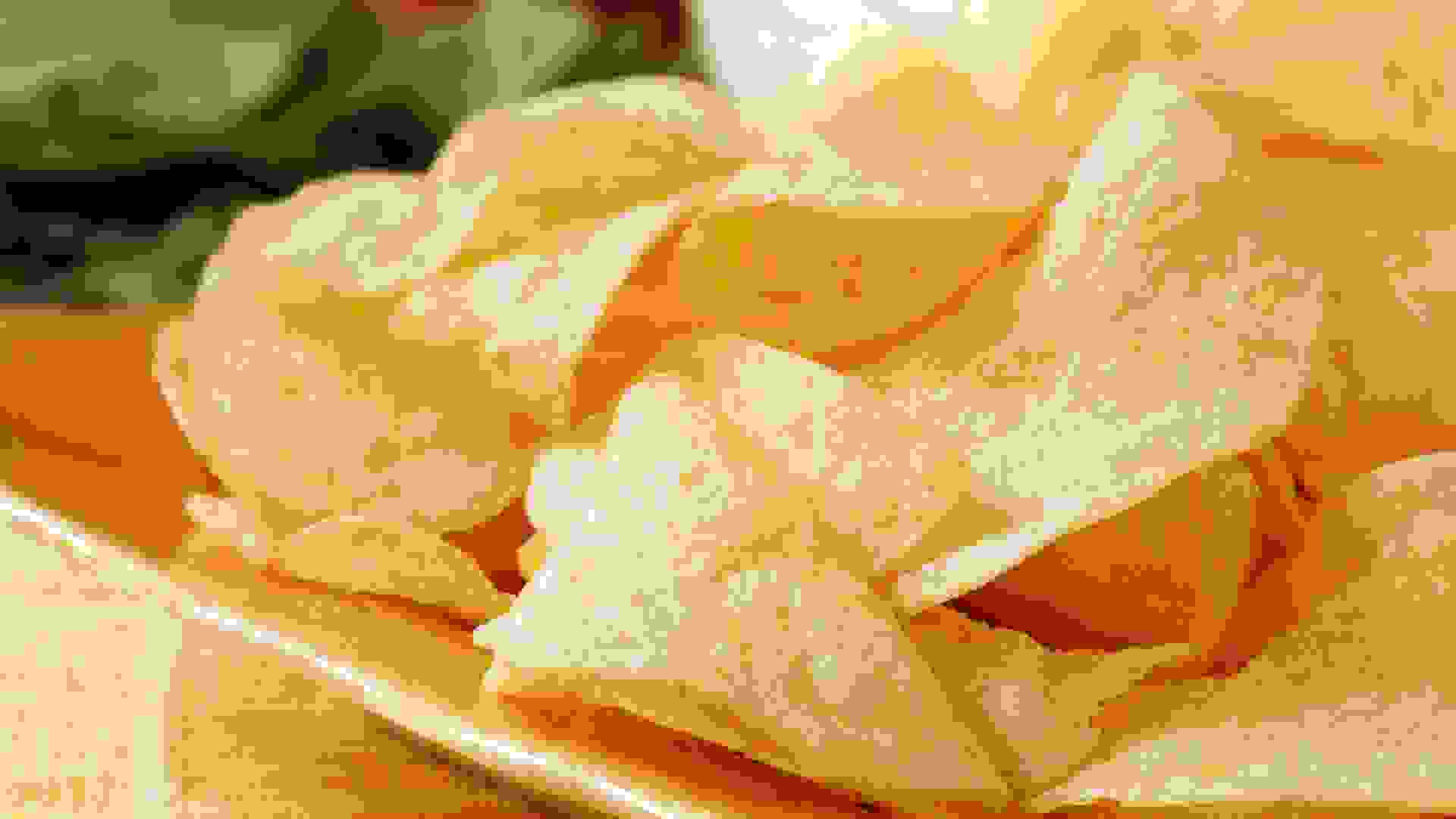 Frito-Lay introduced the WOW! brand of chips in 1998 as the first ever fat-free chip that still tasted great. This miracle was achieved by use of a compound called olestra, which maintained the great flavor of fat. Unfortunately, olestra molecules were too big to be digested by the human body and instead led to gastrointestinal distress, such as cramping and diarrhea. WOW! chips’ bloated expectations quickly fizzled. 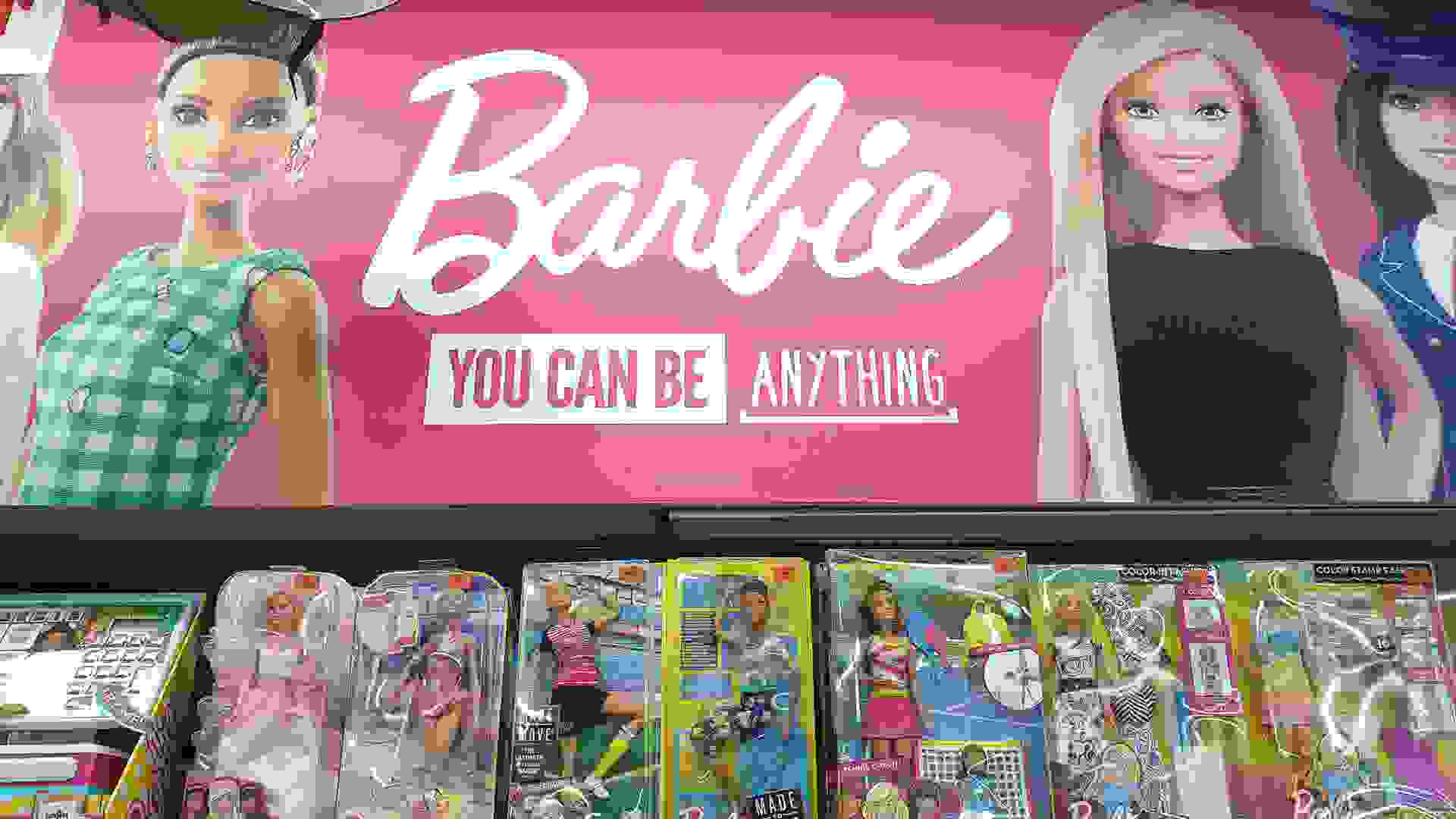 In 1999, Mattel entered into an unusual licensing agreement that paired its line of Barbie and Hot Wheels toys with the Patriot Computer Corp. Sales of Barbies were in decline but computers and CD-ROMs were hot. Somehow, Mattel executives believed an intersection of toys and computers would make for a hot seller. Perhaps the themed computers would have been a hit if not for costly manufacturing flaws that ultimately left Patriot filing for bankruptcy in December of the following year. 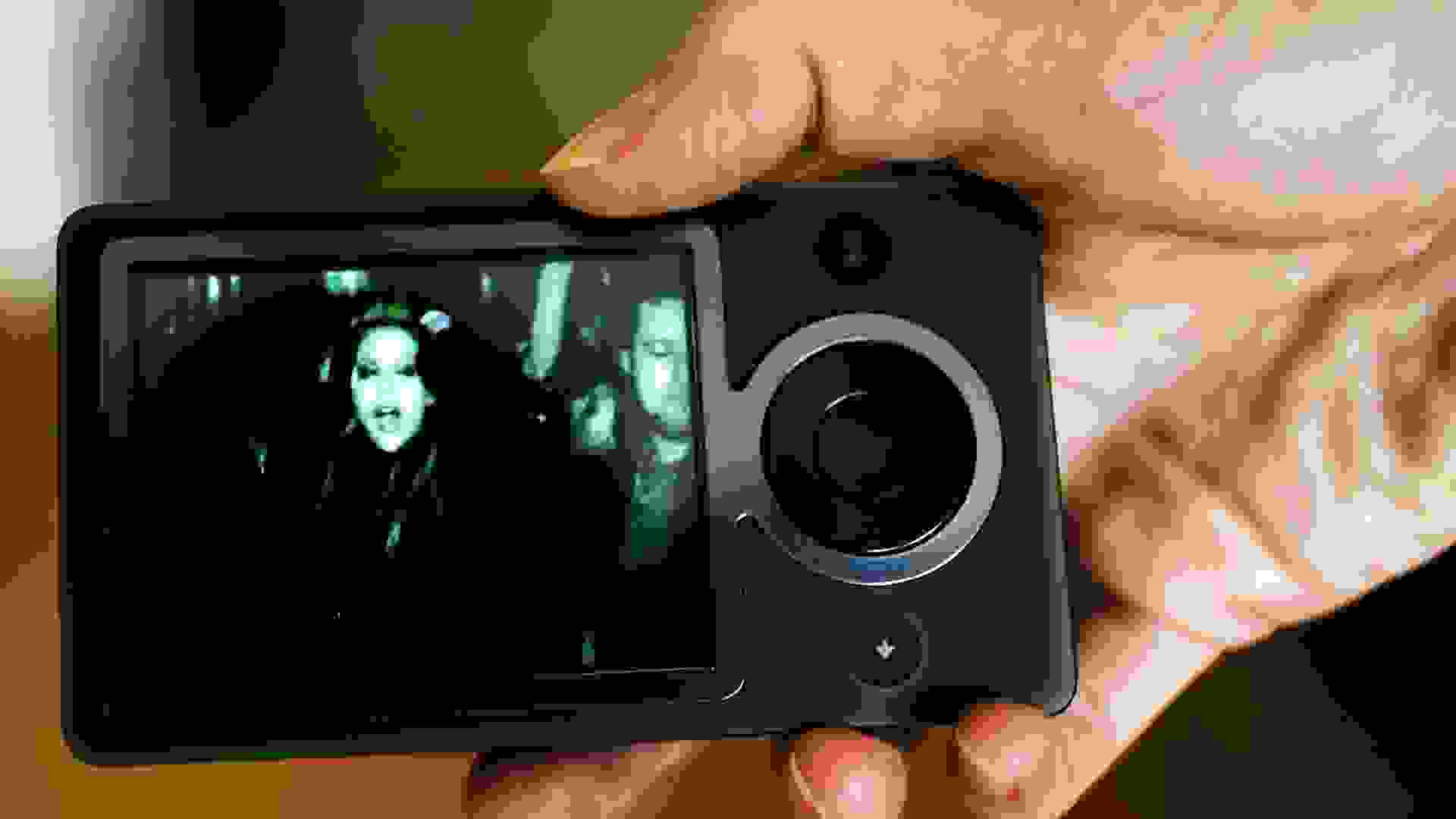 After Microsoft introduced the Zune MP3 audio player in 2006, it learned that following Apple’s lead with a similar but less well-branded product was a poor plan. Though Zune was cheaper, consumers were used to the seamless iPod by then. Zune also had a number of bugs, most notably that all 30GB Zunes quit working on Dec. 31, 2008, because programmers had failed to code for leap years. Microsoft discontinued all services for the Zune in 2015. 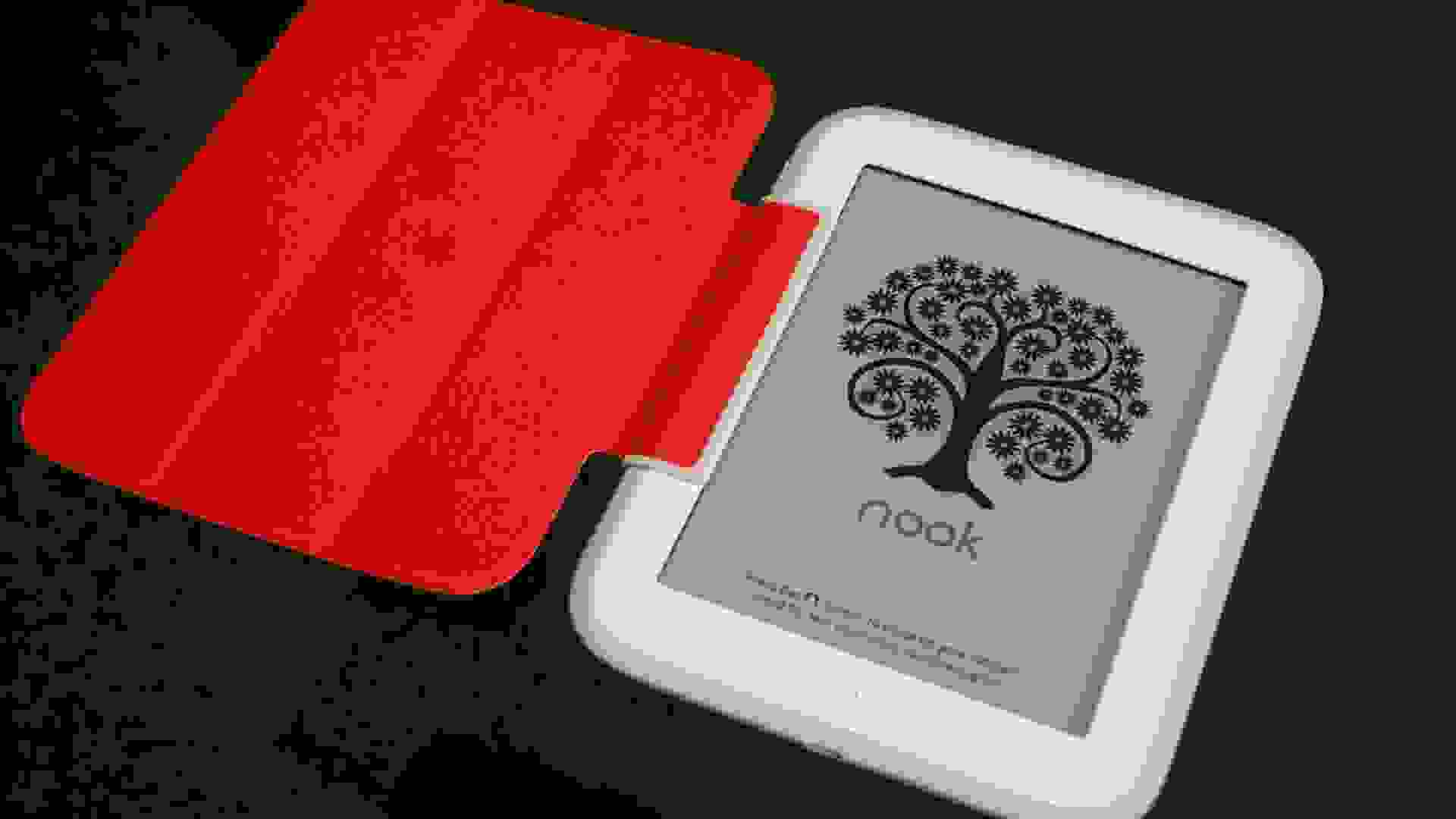 In 2009, with e-book sales on the rise, bookseller Barnes & Noble launched its own e-book reader, the Nook. But sales could not compete with the user-friendly Amazon Kindle, which synced easily with consumers’ Amazon accounts, or with the Apple iPad, which offered several easy app-based ways to read e-books. By 2014, Nook sales had dropped by 61%. Despite its poor performance, Barnes & Noble took Nook back to the drawing board to improve its functionality. 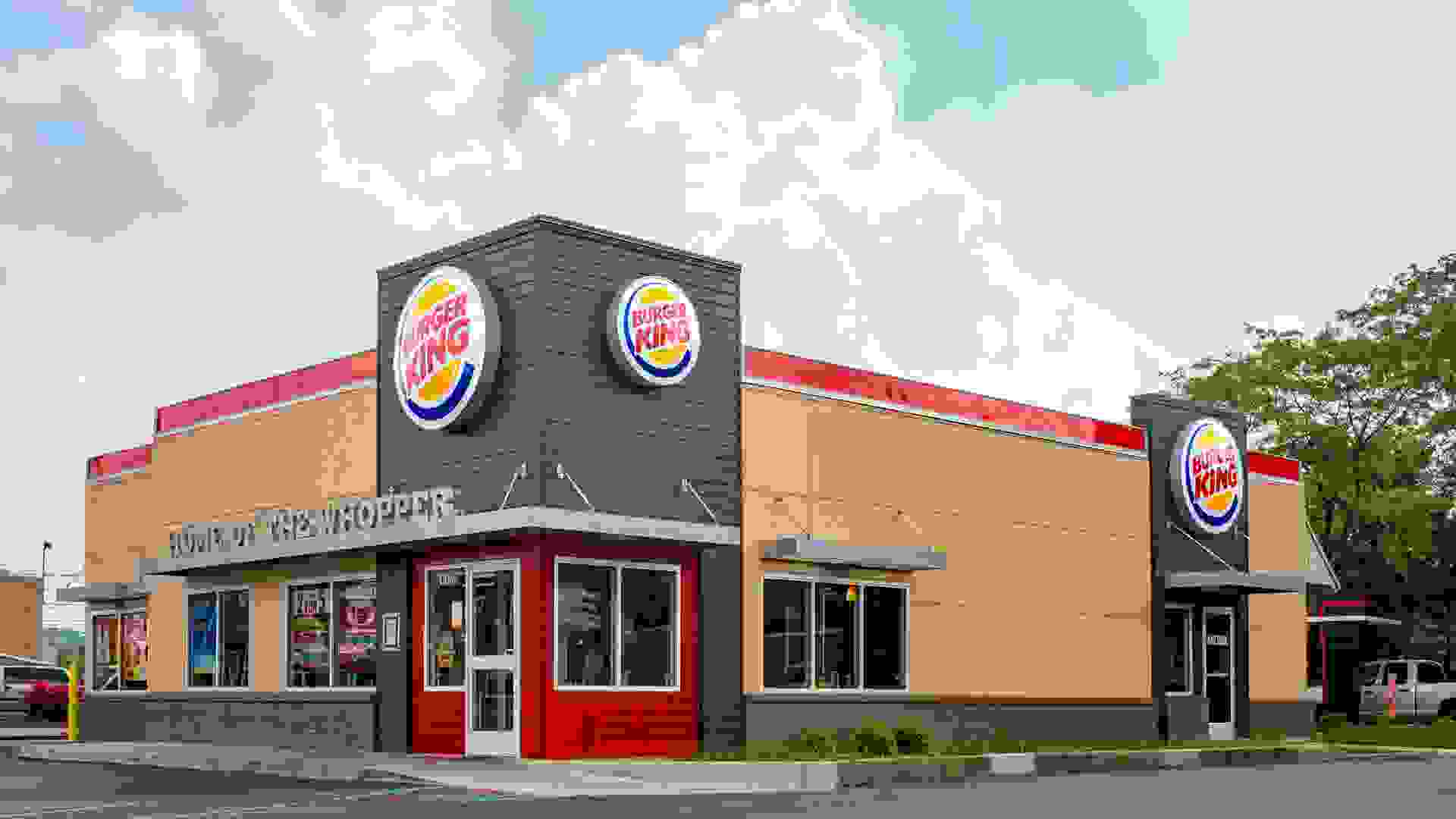 In 2014, the fast-food giant Burger King took a chance on a “healthier” kind of french fry they called “Satisfries,” with 40% less fat and 30% fewer calories than regular fries. These fries were sold at a higher price point than their regular counterpart, but many consumers did not understand how they were different and stuck with their tried and true. As a result, Satisfries’ sales were so poor that Burger King discontinued them less than a year later. 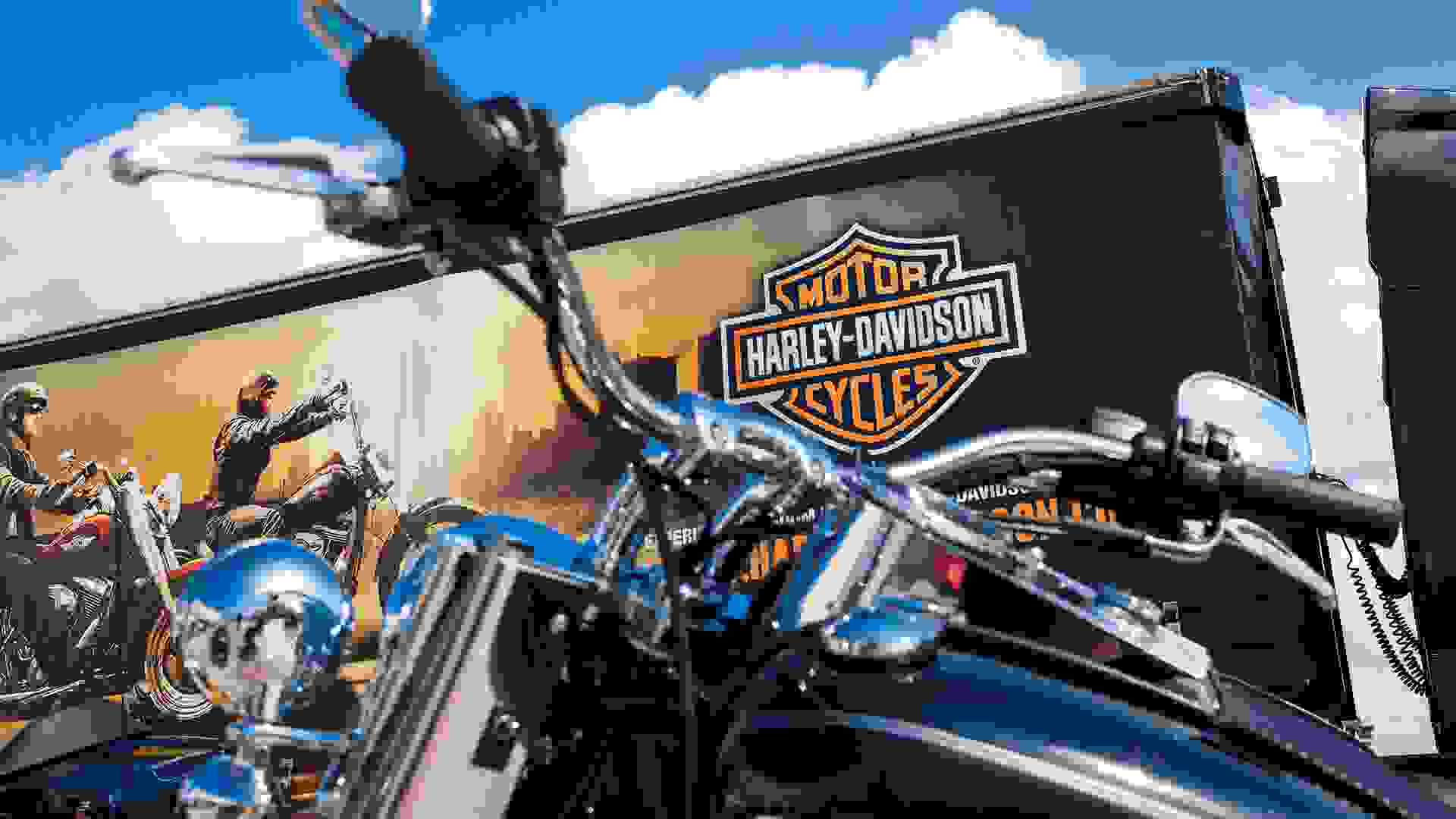 Though gender norms are becoming more fluid, the motorcycle company Harley-Davidson long has banked on a “masculine” vibe when attracting consumers to merchandise beyond its choppers. In 1994, for reasons experts are not quite sure of, the company launched a fragrance line. The products did not fly with loyal customers, who refused to spend their money on these items and even questioned whether Harley-Davidson had gone too far in an attempt to make a buck.

Everyone knows ketchup is red, but Heinz decided to try to appeal to kids, introducing squeezable EZ Squirt — multi-colored bottles of ketchup in green, blue and purple. Like many novel things, EZ Squirt experienced a brief period of good sales before the novelty wore off, and in 2006, Heinz discontinued its colorful experimentation less than six years after its introduction.

Please note photos are for illustrative purposes only. As a result, some of the photos might not reflect the specific products listed in this article. 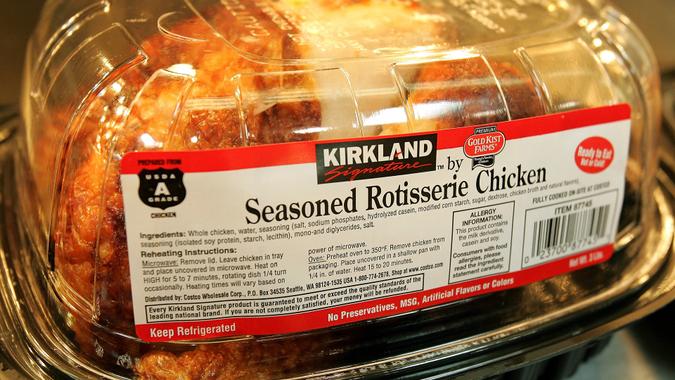 The hot dog & soda combo has stayed the same price for decades.