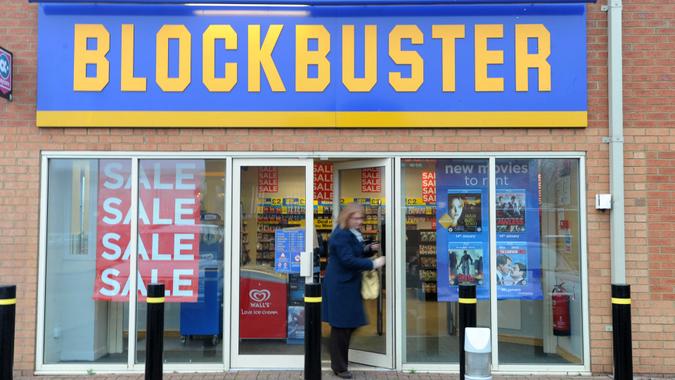 The Twitter account @BlockbusterDAO announced in a Dec. 25 tweet that it was forming “a DAO to collectively govern the brand as we turn Blockbuster into the first-ever DeFilm streaming platform and a mainstay of both the Web3 brands and products, but a powerhouse in the future of the film industry.”

See: How Safe Are Your Crypto Investments?
Find: The Most Expensive Cryptocurrencies

What Is a DAO?

Let’s start with the basics. For those unfamiliar, DAO stands for decentralized autonomous organization. The first DAO was launched in 2016 to help developers automate decisions and facilitate cryptocurrency transactions. In the case of the Blockbuster brand acquisition, the DAO will ostensibly be acting as a venture capital fund.

A DAO operates without a CEO or board of directors. Most of the decision-making is automated. However, the DAO can issue non-fungible tokens (NFTs) to investors, giving them voting rights. In the case of BlockbusterDAO, those investors would have the ability to vote on decisions regarding the Blockbuster brand.

Most recently, a group of people created a DAO — ConstitutionDAO — and raised $47 million in an attempt to buy a rare copy of the U.S. Constitution at a Sotheby’s auction. The group did not win the bid, although the rare artifact ultimately sold for $43.2 million, Sotheby’s announced in a tweet. Per The Verge, ConstitutionDAO had placed a maximum bid of $43 million, narrowly losing the contest to Citadel hedge fund manager Ken Griffin.

Related: Where Does Cryptocurrency Come From?

How Much Is Blockbuster Worth?

BlockbusterDAO believes the Blockbuster brand name is worth more than $5 million — although a company recently put in an offer of $1.8 million, which Dish Network declined, according to BlockbusterDAO’s tweet.

Should the DAO collect the funds — through the sale of NFT’s worth roughly $530 USD, purchased with 0.13 in Ethereum — it will begin to pursue the purchase.

Learn: How Much Money Can You Make From Crypto Mining?
Explore: A Look at the Ups and Downs of Crypto in 2021

Ultimately, the goal would be to create the first-to-market DeFilm Streaming platform and potentially move into the gaming industry — all while resurrecting a beloved, iconic brand.