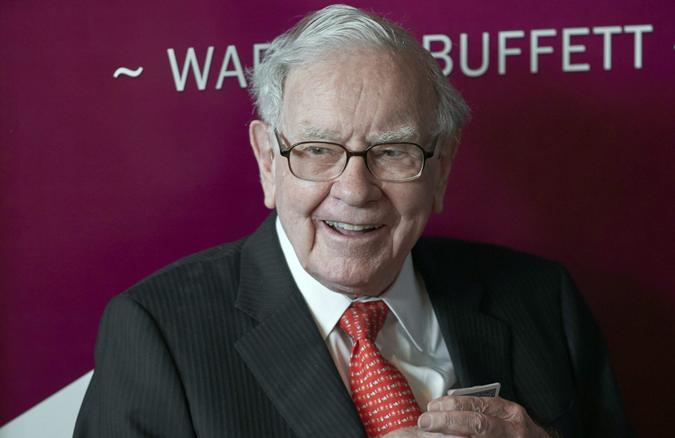 Following Berkshire Hathaway’s annual shareholder meeting, aka “Woodstock for Capitalists,” which took place over the weekend in Los Angeles, CEO Warren Buffett announced this morning that Greg Abel, CEO of Berkshire Hathaway Energy, would be his successor.

He also noted that the other front-runner for the position, Ajit Jain, who is the Vice Chairman of Insurance Operations for Berkshire Hathaway, would be next in the line of succession.

“The directors are in agreement that if something were to happen to me tonight, it would be Greg who would take over tomorrow morning,” Buffett said to CNBC this morning. “”If, heaven forbid, anything happened to Greg tonight then it would be Ajit.”

Buffett told CNBC that age was a factor in the decision. Jain is 69 and Abel is 59. “They’re both wonderful guys. The likelihood of someone having a 20-year runway though makes a real difference,” he said.

The Oracle of Omaha and vice president Charlie Munger, who had taken the stage this weekend to address everything from inflation to their take on Robinhood and Bitcoin to SpaceX, hinted at the decision on Saturday, commenting about the state of the company’s culture, “Greg will keep the culture.”

Munger moved from there to offer his criticism of Robinhood as additional questions were asked, saying that it’s “God awful that something like that would draw investment from civilized men and decent citizens.”

“It’s deeply wrong. We don’t want to make our money selling things that are bad for people,” he continued.

See: Why Some Money Experts Believe In Bitcoin and Others Don’t
Find: 10 Best Cryptocurrencies To Invest in for 2021

Buffett added that trading apps such as Robinhood have contributed to the “casino aspect” of the stock market as of late.

Robinhood was swift to respond and said in an emailed statement Saturday evening that “there is an old guard that doesn’t want average Americans to have a seat at the Wall Street table so they will resort to insults.”

“The future is diverse, more educated and propelled by engaging technologies that have the power to equalize. Adversaries of this future and of change are usually those who’ve enjoyed plentiful privileges in the past and who don’t want these privileges disrupted. Their criticisms are unfortunate but they prove why Robinhood’s mission is in fact critical. The new generation of investors aren’t a ‘casino group.’ They are tearing down old barriers to investing and taking control of their financial futures. Robinhood is on the right side of history,” the statement reads.

In terms of inflation, Buffett said that “we’re seeing very substantial inflation. It’s very interesting. We’re raising prices. People are raising prices to us, and it’s being accepted. Take home building. We’ve got nine home builders in addition to our manufactured housing operation, which is the largest in the country. So we really do a lot of housing. The costs are just up, up, up. Steel costs, just every day they’re they’re going up. And there hasn’t yet been because the wage stuff follows,” he said.

See: Here’s a Bitcoin Timeline for Everything You Need To Know About the Cryptocurrency
Find: Musk’s Tesla Now Sits on $2.5 Billion Worth of Bitcoin

When asked about his stance on Bitcoin, Buffett chose to not respond, saying that he’ll “dodge that question.” Munger, on his part, said he “hates the Bitcoin success.”

“I think I should say, modestly, that I think the whole damn development is disgusting and contrary to the interests of civilization, and I’ll let leave the criticism to others,” he added.