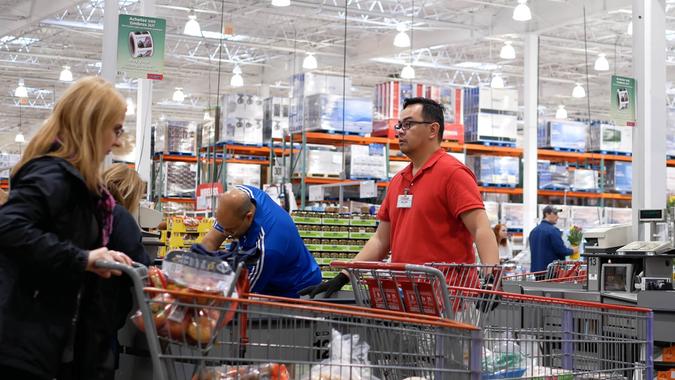 Costco CEO Craig Jelinek announced during a U.S. Senate Budget Committee meeting today that it will raise its hourly minimum wage to $16 an hour. The rate stands at one dollar higher than the proposed $15 federal minimum wage, and two dollars above the highest state minimum wage. California’s minimum wage is $14 an hour, but only for businesses with 26 or more employees, according to a report from Paycor human capital management firm. The Costco wage is also higher than the starting wages of competitors such as Amazon and Target, CBS News reported.

See: Who’s Actually Working for Minimum Wage?
Find: The Minimum Salary You Need to Be Happy in the Biggest Cities

The Benefits of Higher Wages on the Bottom Line

“We try to take care of our employees because they play a significant role in our success,” Jelinek stated before the Senate committee. He used the opportunity to point out how higher pay reduces employee turnover, increases loyalty and improves efficiency to boost a company’s bottom line. Jelinek’s counterparts at Walmart and McDonald’s declined Sen. Bernie Sanders’ invitation to attend the hearing, which Sanders chaired, CBS News reported.

Costco has a history of paying higher wages than competitors. Costco raised its starting pay to $15 in 2019, but only 20% of its hourly employees earn this base rate, according to CNN. Jelinek said in the hearing that more than 50% of Costco hourly workers earn more than $25 an hour, CBS News reported.

Costco also has paid employees $2 an hour in hazard pay since March, which Jelinek said could convert to permanent pay raises for some employees, according to CNN.

See: These 30 Companies Are Giving Bonuses and Raises to Their Essential Workers
Find: (Almost) Half of All American States to Get a Minimum Wage Hike in 2021

Which Stores Pay the Most to Hourly Workers?

As Costco rises to the top of hourly starting pay rates, Amazon, Target and Best Buy all pay employees a starting wage of $15 an hour. Walmart announced an increase in starting hourly rates as of March 13, 2021, but the hike from $11 an hour to $13-$19 an hour still puts the retailer substantially behind competitors for the lowest-paid workers. Nearly 33% of Walmart workers receive the company’s base rate.