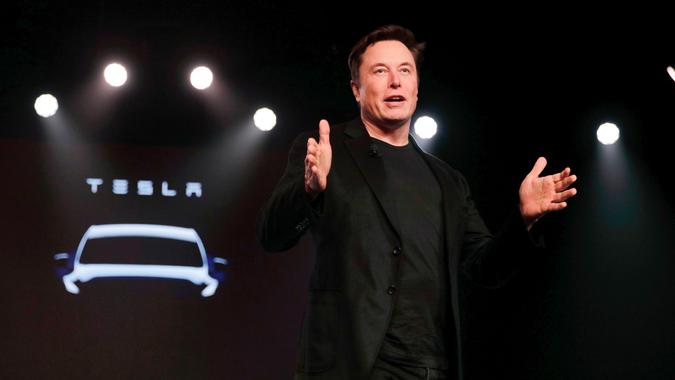 Tesla CEO Elon Musk has previously called hydrogen fuel cell vehicles “extremely silly,” referring to the technology as “fool sells,” but it is becoming apparent that not everyone agrees with his stance.

Save More: Unplug These Appliances That Hike Up Your Electricity Bill
Find Out: Here’s How Much You Need To Earn To Be ‘Rich’ in Every State

When the subject came up during a discussion with reporters at the 2015 Automotive News World Congress, Musk said “it’s just very difficult … to make hydrogen and store it and use it in a car,” according to CNBC. “The best-case hydrogen fuel cell doesn’t win against the current case batteries, so then, obviously … it doesn’t make sense,” he added later.

According to the Environmental Protection Agency (EPA), hydrogen fuel cell vehicles (FCVs) are similar to electric vehicles (EVs) in that they use an electric motor instead of an internal combustion engine to power the wheels. However, while EVs run on batteries that must be plugged in to recharge, FCVs generate their electricity onboard. In a fuel cell, hydrogen gas from the vehicle’s fuel tank combines with oxygen from the air to generate electricity — with only water and heat being byproducts of the process, the EPA explains.

Per the EPA, like electric vehicles, FCVs are zero-emission vehicles – they have no smog-related or greenhouse gas tailpipe emissions. Emissions are created in the process of producing and transporting hydrogen fuel, however. While hydrogen is abundant in the universe, it must be separated from other compounds to be used as fuel. This process can be energy intensive. The amount of emissions associated with producing hydrogen fuels depends on the source of hydrogen and production method. Currently, the majority of hydrogen that is made for use as a fuel comes from natural gas, but hydrogen fuel also can be made from water, oil, coal, and plant material, the EPA adds.

Find Out More: Tips To Keep Your Finances in Order Without Sacrificing What You Want

“It could become an attractive alternative to battery-electric drive trains – especially for customers who do not have their own access to electric charging infrastructure or who frequently drive long distances,” the company said.

In a statement to CNBC, Toyota said that fuel cell cars will certainly play a part in decarbonizing transport — and that they will offer a convenient alternative form of electrified transport over fully electric battery-powered electric vehicles.

Tips: 9 Bills You Should Never Put on Autopay

The Fuel Cell and Hydrogen Energy Association (FCHEA) echoed this sentiment, telling CNBC that fuel cell electric vehicles and hydrogen energy offered customers “a zero-emission option with performance they expect and no change to daily routines — long range, quick refueling, and the ability to scale to larger platforms without adding restrictive weight and size.”

“Also, given the limitations of battery weight and recharging for long haul trucking, a significant opportunity also exists for medium- and heavy-duty delivery vans, trucks, buses, trains, and planes,” the FCHEA told CNBC.