Elon Musk In Line To Get a $55.8 Billion Bonus as Tesla Posts Record Profits 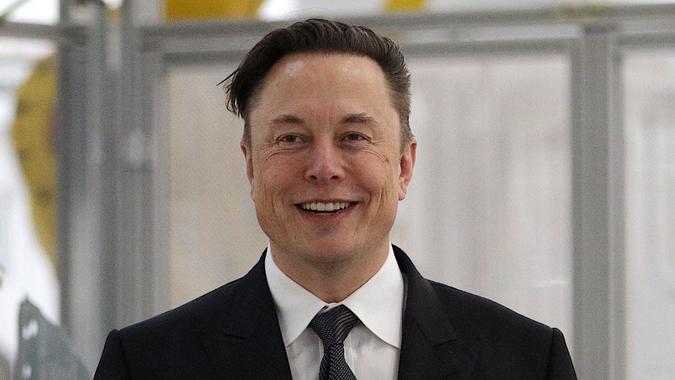 Tesla posted record first-quarter earnings on April 20, despite the long closing of its Shanghai factory due to COVID-19 lockdowns and enormous supply chain disruptions.

Total revenue grew 81% year-over-year in the quarter to $18.8 billion — a record $3.3 billion profit — driven by increased growth in vehicle deliveries, and increased average selling price, according to the letter to shareholders. In addition, earnings per share were $3.22, beating analysts’ estimates of $2.26, according to Wedbush Securities.

In an earnings call, CEO Elon Musk said that the company “once again a record quarter on many levels, by reaching the highest deliveries, profit and an operating margin of 19%. This was despite a lot of chip shortages, many logistics challenges and an overall difficult quarter. So, I’d really like to congratulate the Tesla team on achieving record profitability and output despite many, many difficult headwinds, and especially the Tesla China team in our Shanghai factory. They really had significant challenges due to the COVID shutdown and nonetheless have been able to output a tremendous number of high-quality vehicles. And we are already back up and running with the Shanghai factory.”

Wedbush Securities analyst Dan Ives wrote in a note sent to GOBankingRates, that with the supply chain issues still a lingering overhang on the auto space and logistical issues globally with China front and center, “we believe these “Cinderella-like” numbers and good guidance in a brutal supply chain backdrop speaks to an EV demand trajectory that looks quite robust for Tesla throughout 2022.”

In terms of outlook, Tesla said it plans to grow its manufacturing capacity as quickly as possible. Over a multi-year horizon, it said it expects to achieve 50% average annual growth in vehicle deliveries. On the call, Musk said that the company has “a reasonable shot at a 60% increase over last year. So, let’s see.”

“The rate of growth will depend on our equipment capacity, operational efficiency and the capacity and stability of the supply chain. Our own factories have been running below capacity for several quarters as supply chain became the main limiting factor, which is likely to continue through the rest of 2022,” Tesla said in the shareholders’ letter.

Musk also said that he expects production numbers in the second quarter to be similar to first quarter numbers.

“We believe 1.5 million units of deliveries for the year is hittable and could be exceeded, however, it all rests on the China issues seeing no more shutdowns from this point and Berlin and Austin ramping according to plan. In a nutshell, Tesla is extending their lead in the EV arms race and once Austin and Berlin are fully ramped over the coming months the expanded production capacity will be a linchpin to meeting the growing Tesla demand trajectory in 2022 and beyond,” Ives wrote.

Wedbush maintains its Outperform rating with a $1400 price target.

Musk, the richest man on the planet, with a fortune valued at $249 billion, according to the Bloomberg Billionaires Index, is set to collect a $23 billion, following Tesla exceeded performance targets, The Guardian reports.

The company outlined an extraordinary deal for Musk in 2018 that would pay him an unprecedented $55.8 billion bonus if he built the business into a $650 billion company within a decade, according to The Guardian. Tesla has a market value today of $1.1 trillion, following a 1,300% rise in its share price since the target was set in January 2018.

POLL: Do You Think Student Loan Debt Should Be Forgiven?
Discover: Twitter Downgraded to ‘Sell’ as it Considers ‘Poison Pill’ Against Musk’s Hostile Takeover

“It means Musk, who collects no salary, should now have unlocked the final three parts of the 12-tranche bonus scheme. Each tranche gives Musk the right to buy 8.4 million Tesla shares at $70, a huge discount on the current $977 share price. His profit on each tranche could be $7.7 billion, or a combined value of $23 billion,” according to The Guardian, which adds that the payments need to be signed off by the board, and he must hold on to the shares for five years before selling.