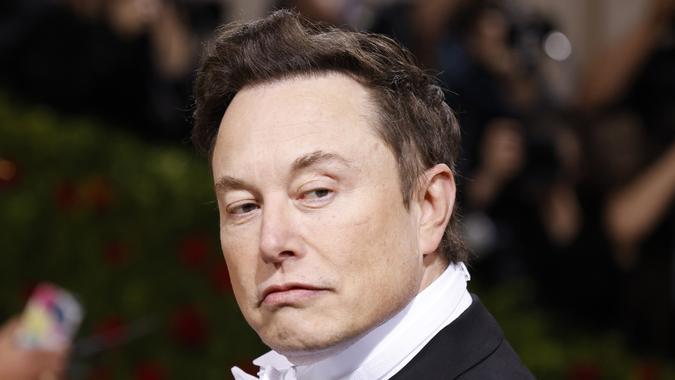 Not so fast on that Elon Musk-Twitter deal, folks. The Tesla CEO on Friday tweeted that his $44 billion bid to acquire Twitter, announced last month, was “temporarily on hold” until he can confirm that spam and fake accounts represent less than 5% of the social network’s total users.

See: How Long Would It Take the Average American To Earn Elon Musk’s Wealth?
Find: Elon Musk’s Twitter Buyout Backers: Who Are They & How Much Did They Invest?

Musk’s tweets came in response to a Reuters article detailing a recent regulatory filing in which Twitter said that false or spam accounts made up fewer than 5% of its monetizable daily active users during the first quarter.

The world’s richest man has said that one of his top priorities after taking over the social media platform will be to rid it of fake accounts, bots and spam, The New York Times reported. But he seemed to cast doubt on Twitter’s claim in a series of tweets early Friday morning.

One of Musk’s tweets, which linked the Reuters article, said:

“If Twitter can tell the difference between real and fake users, why does it allow these in our comments?”

His tweets only cranked up the drama concerning Musk’s proposed buyout of Twitter, which has been applauded in some quarters, criticized in others, and led to a heated debate about the limits of free speech and whether the world’s richest person should hold the keys to one of the world’s most influential social media platforms.

Wall Street seemed to get a case of the jitters over the deal’s sudden uncertainty. Twitter’s stock price fell nearly 6% in early trading Friday.

“Many will view this as Musk using this Twitter filing/spam accounts as a way to get out of this deal in a vastly changing market,” Daniel Ives, an analyst with Wedbush, said in a note to investors.

Musk seemingly took note of what his message was doing as he dashed out another comment, writing that he is still committed to making the Twitter deal happen.

He has good reason to watch what he writes. Friday’s news followed reports earlier this week about problems involving tweets Musk made four years ago about taking Tesla private. As previously reported by GOBankingRates, a federal judge in San Francisco ruled that Musk acted “recklessly” when he tweeted in 2018 that funding had been secured that could take the electric vehicle company private. He’s also being investigated by the SEC and FTC over how he launched his Twitter bid, between filing his share purchase late and a possible antitrust violation.

Meanwhile, Twitter got some negative headlines of its own this week after Kayvon Beykpour, the company’s general manager, and Bruce Falck, the general manager for revenue, were both fired ahead of Musk’s takeover. Beykpour shared the news in a tweet while on paternity leave.