Elon Musk: ‘You Can Now Buy Tesla with Bitcoin’ 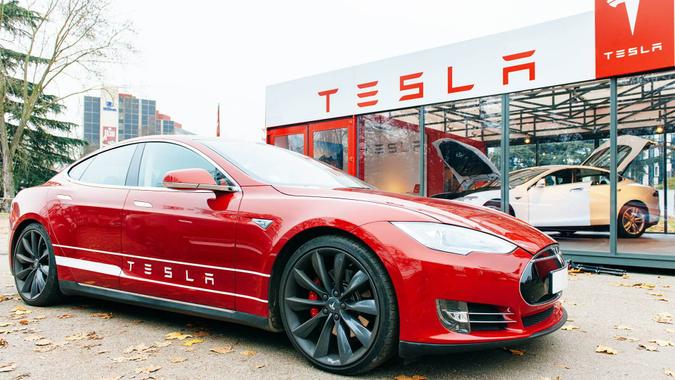 Elon Musk said that you could finally buy Tesla with Bitcoin today, after having announced it would accept the cryptocurrency as a form of payment in a Securities and Exchange Commission filing in January.

See: Schumer Wants Everyone in Electric Cars — And Will Pay to Make It Happen
Find: Bitcoin ‘Here To Stay,’ Despite Volatility and Climate Impact

“You can now buy Tesla with Bitcoin,” the newly self-named Technoking tweeted.

Musk changed his title and that of his CFO to Technoking and Master of Coins, respectively, in an SEC filing earlier this month.

“Tesla is using only internal & open source software & operates Bitcoin nodes directly. Bitcoin paid to Tesla will be retained as Bitcoin, not converted to fiat currency,” he added.

See: Biden Is Weighing New Rules for Bitcoin Investors – Here’s What Might Change
Find: The Crypto Craze Continues – Bitcoin ATMs Are Popping Up Across the US

To pay using bitcoins, the company’s support page explains that one needs to “initiate payment from your Bitcoin wallet. You can either scan the QR code or copy and paste the Bitcoin address and the exact Bitcoin amount into your wallet.” The crypto is accepted in the United States only at this time, but Tesla “will consider expanding into new markets in the future.”

Tesla became the newest S&P 500 member when it joined the index in December 2020. Its market value soared to more than $800 billion in the 12 months leading up to January before dropping to less than $600 billion in February, according to CNBC. It now stands at approximately $635 billion.