Even Without Nike Contract, Kobe Bryant Brand Could Be Huge Global Success 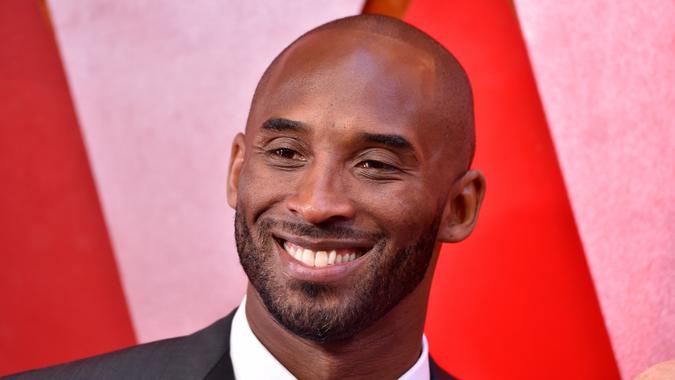 With an estimated value well into the hundreds of millions of dollars and an image built around a global sports icon, the estate of Kobe Bryant has plenty of financial clout to launch a new brand if it chooses to do so. Talk of that possibility has been making the rounds after the late NBA star’s estate recently opted not to renew its contract with Nike.

See: Steph Curry and 25 Athletes With Major Business Empires Outside of Sports
Find: Who’s Richer — These Sports Stars or Their Significant Others?

In an interview with CNBC on Tuesday, intellectual property attorney Josh Gerben said an analysis of legal filings on behalf of Bryant reveal that more than 13 trademarks have been filed since May 2020, leading to speculation that the estate might launch its own brand. Adding to the speculation was the recent parting with Nike, ending a relationship that dated back 18 years.

According to CNBC, the filings show that the trademarks are meant to be used for clothing, loungewear, footwear, gym wear and other goods. They were filed under “intent to use,” which typically suggests that a new business is being planned.

Although it’s unclear how much a stand-alone Kobe Bryant brand might be worth, there’s no question that the basketball legend established himself as one of the world’s most famous and business-savvy sports celebrities.

Last year, a Forbes analysis said Bryant had amassed an estimated fortune of $600 million at the time of his death, making him one of the richest athletes in the world. His endorsements through the years included not just Nike, but McDonald’s, Coca-Cola, Mercedes-Benz and other leading global brands. Bryant’s own business ventures included the emerging BodyArmor sports drinks and small startups such as Art of Sport and HouseCanary. He had also launched a $100 million venture capital fund in partnership with entrepreneur Jeff Stibel.

Bryant’s widow, Vanessa, has been overseeing the estate’s business affairs, including “Granity,” the storytelling company Kobe founded, since Kobe’s death.

See: The Classic Brands You Love Are in Trouble
Find: 24 Athletes Who Lost Their Huge Endorsement Deals

Even so, the decision to leave Nike took many by surprise. As USA Today reported on Monday, it was not immediately clear why the relationship ended. Bryant, who died in a helicopter crash in January 2020, signed with Nike in 2003 and took an active role in the design and vision of his products.

But ESPN, citing unnamed sources, reported that Bryant and his estate had become frustrated over Nike’s decision to limit the availability of Kobe products both during his retirement and after his death. In addition, the estate was reportedly not happy that there weren’t more Kobe shoes in kids’ sizes.