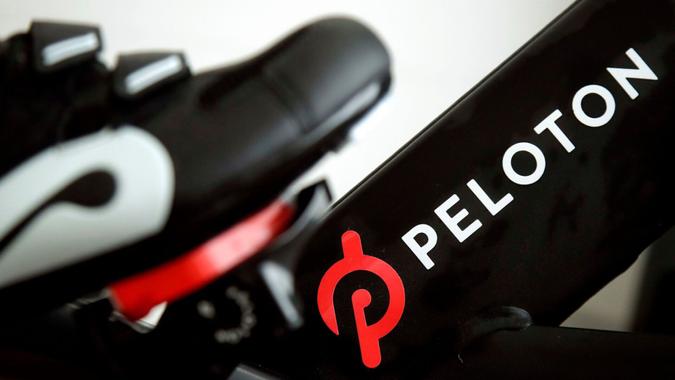 Following activist investor Blackwells Capital seeking to remove Peloton’s CEO as well as asking the board to consider selling the company to a strategic acquirer, things are heating up for the embattled company. Peloton has reportedly several suitors, including Amazon and Nike, and now, an analyst says that Apple is probably interested too, which led the stock soaring in pre-market trading Monday, Feb. 7.

The stock was up 34% in pre-market trading.

The Wall Street Journal, citing people familiar with the matter, reported that Amazon has been speaking to advisors about a potential deal, but no guarantee the company will follow through with an offer or that Peloton, which is working with its own advisers, would be receptive. The Wall Street Journal added that other potential suitors are circling, these people said, but no deal is imminent and there may not be one at all.

Wedbush Securities analyst Dan Ives wrote in a note on Sunday, Feb. 6, that with media reports swirling that Peloton could be up for sale with Amazon and Nike as potential suitors, “we would be shocked if Apple is not aggressively involved in this potential deal process.”

“For Cook & Co, acquiring Peloton would be a major strategic coup and catalyze the company’s aggressive health and fitness initiatives over the coming years. With ~2.8 million paid subscriptions today and a very strong/unique competitive moat, Apple acquiring Peloton would be both an offensive and defensive acquisition in our opinion,” Ives wrote in the note sent to GOBankingRates.

Ives added that if Peloton was acquired by Amazon or Nike this would propel the winning bidder on the health and fitness front as well as gain a major foothold into the living rooms of consumers globally.

Ives argues that Apple, through its Fitness + subscription service and Apple Watch strategy would be able to leverage the Peloton services and flywheel to significantly bulk up its healthcare initiatives which have been a key strategic linchpin for Cook.

“Peloton a unique asset and customer base in a crowded landscape. Peloton would likely be an acquisition in the $12 billion to $15 billion range depending on timing/competitive process in our opinion and be a very easy asset to digest into the Apple ecosystem with ~$200 billion in the treasure chest and another strong FCF year ahead,” he said.

Ives says that another reason Apple may be forced into this deal is if Amazon, Nike, or potentially Disney aggressively goes after Peloton in a defensive blocking strategic move.

In an open letter on January 24 to Peloton’s board, Blackwells Capital CIO Jason Aintabi wrote it has “grave concerns” about Peloton’s direction and performance, as GOBankingRates previously reported.

See: Purchasing Exercise Equipment? Here’s What To Buy and What To Avoid
Find: 25 Things To Sell When You’re Ready To Retire