It’s chic in some circles to toss around the word “regulations” as if it’s profanity. Deregulation, the logic goes, is always a good solution and all regulations are at best a necessary but burdensome evil. People who don’t like it should try living in a country where an organization like the Food and Drug Administration (FDA) doesn’t exist to regulate what people can and can’t sell as food, medicine and makeup.

But they might not live to tell about it.

The FDA, of course, regulates food and drugs, but it also has the final say in just about anything that touches or enters the body, like contact lenses, sunscreen and makeup. Over time, the FDA has added more and more entries into its many lists of prohibited items, often after exhaustive research revealed dangers to people, animals or the environment. The following are just a few of the oddest, most surprising and most interesting among them. Some have been banned for decades, others just graced the list recently. All, however, are illegal — and for good reason. 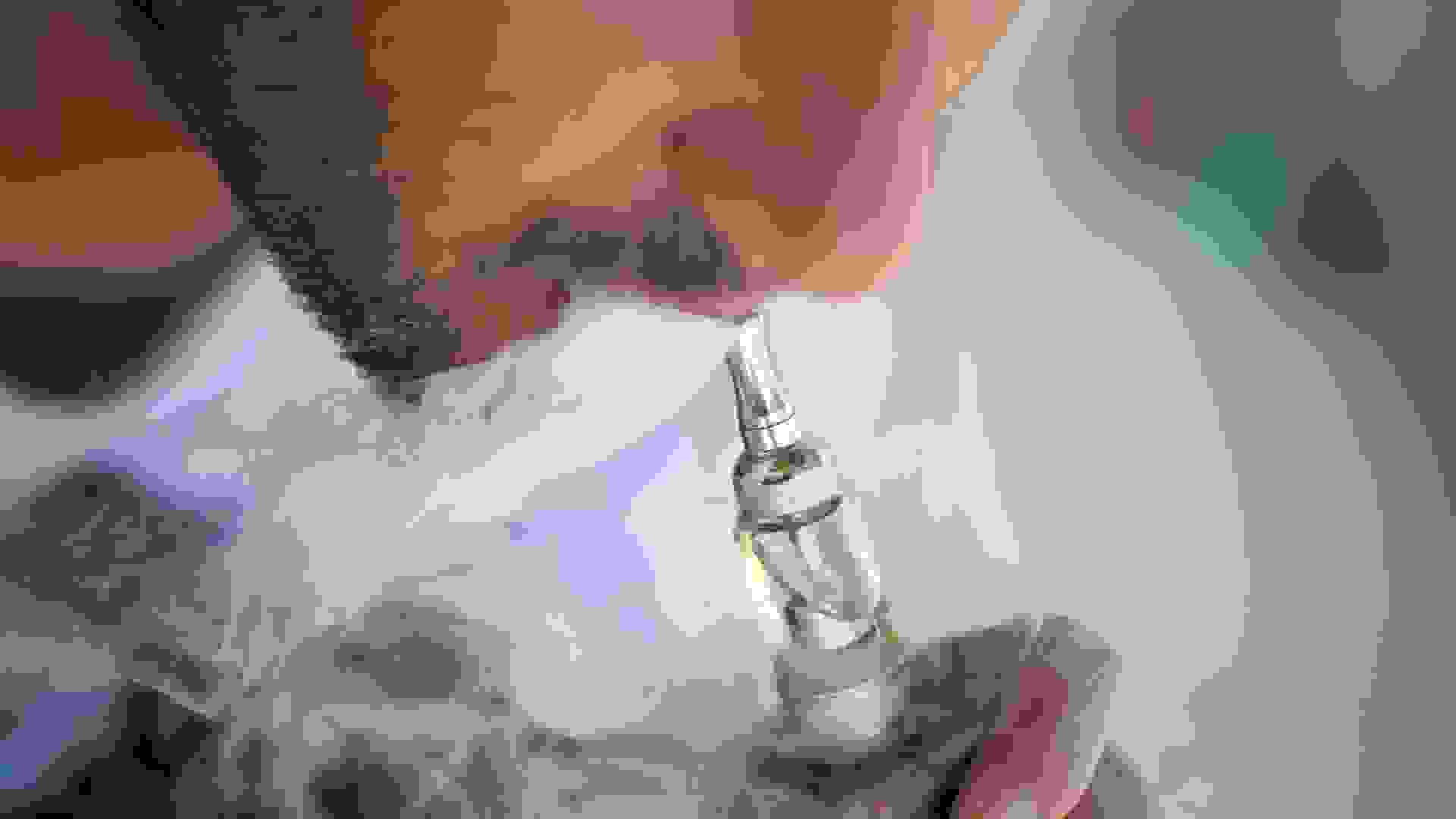 Vaping was supposed to be a safe alternative to smoking, but — as it has for time immemorial — a vice without consequences still remains elusive.

Although the final verdict won’t be in until generational, long-term studies can be completed, it’s clear now to everyone paying attention that vaping is intensely addictive and bad — perhaps terrible — for your lungs and overall health. In a familiar pattern, vaping was marketed to teens and preteens, often by rebranded versions of the exact same tobacco companies that did the exact same thing with cigarettes until they were forced to stop at legal gunpoint. At the start of 2020, the FDA began enforcing a ban on flavored e-cigarettes, which had been most popular with minors.

Find Out: Corn Flakes, Mountain Dew and 9 Other Beloved Brands With a Twisted History 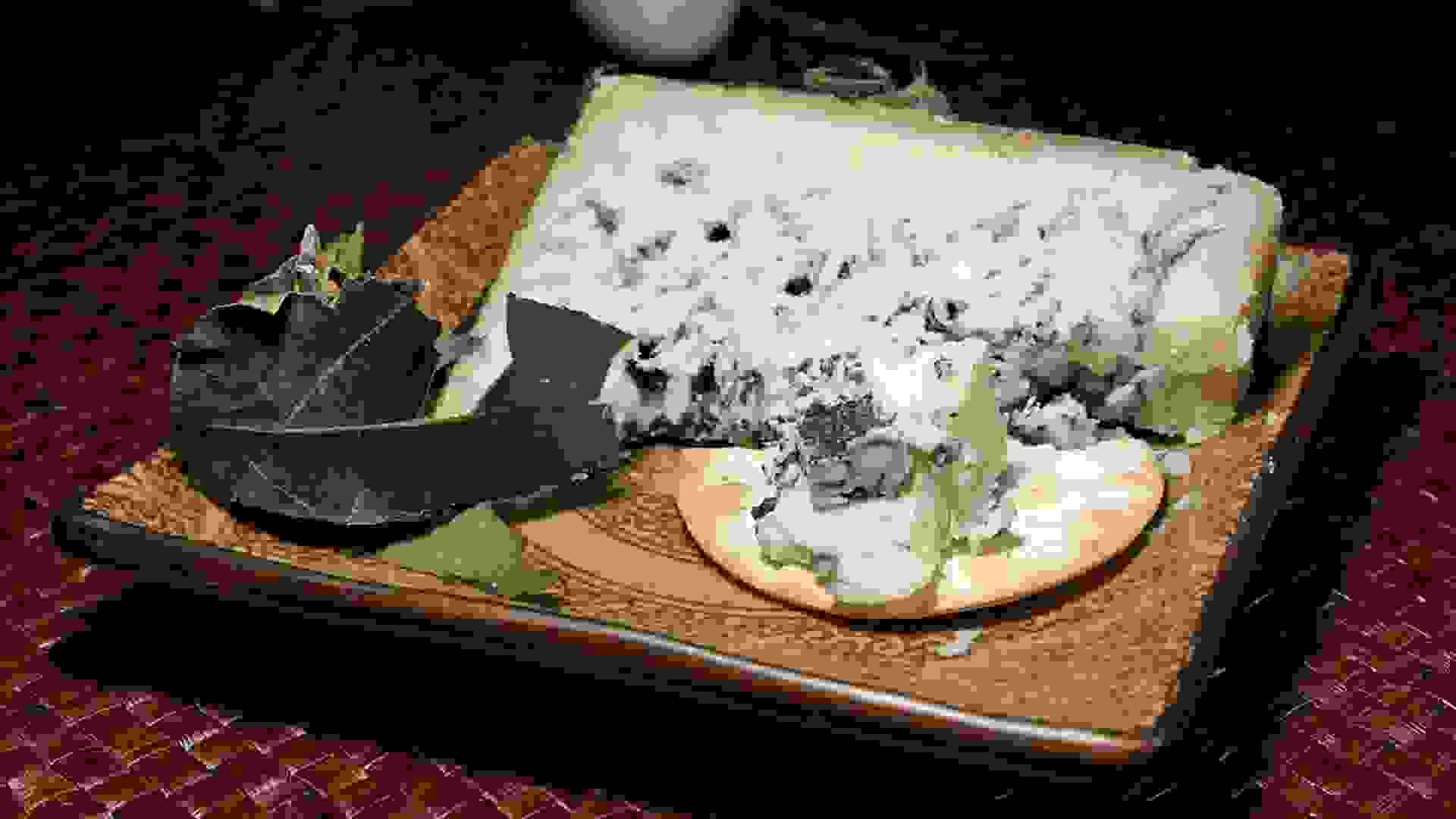 Turophiles have to travel abroad to eat any cheese made from unpasteurized milk, which is banned in the U.S. because “raw” milk can harbor dangerous and even deadly bacteria. That leaves some of the world’s choicest cheeses off the menu, including Bleu de Gex, Brie de Meaux and Camembert de Normandie. There are quite a few others, but if you’re not a connoisseur, don’t worry, you’re not missing much. To the layperson, most of them just look like moldy hunks of grossness.

Did You Know: How Much Money You’ll Spend on Food in Your Lifetime, By State 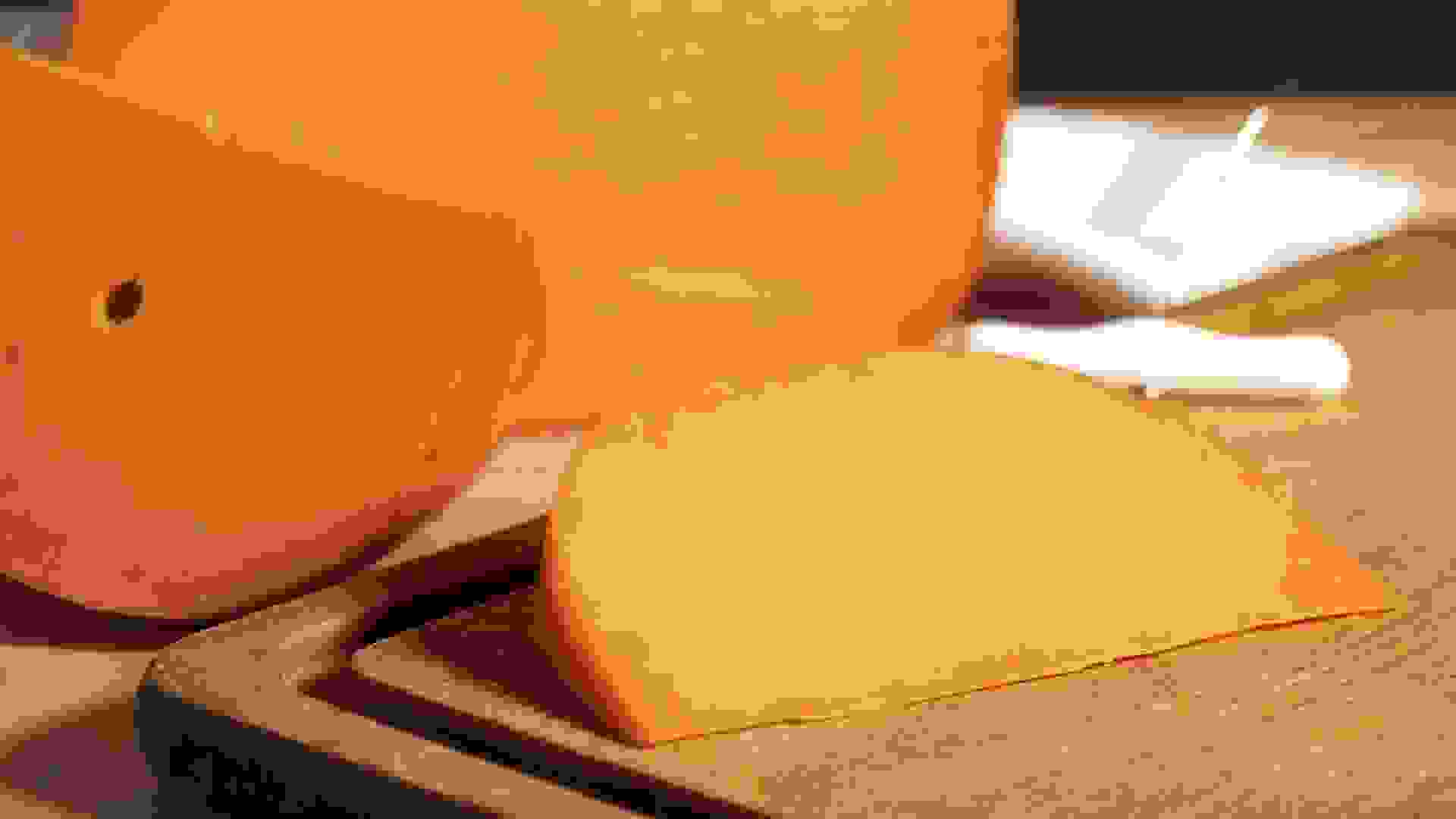 Unpasteurized milk keeps most banned cheeses out of the states, but some get blacklisted for reasons even weirder than direct-from-udder dairy. The most infamous is casu marzu, which translates to “rotten cheese.” Native to the Italian island of Sardinia, it’s fermented then left to rot and become infested with maggots. The rot-gorging maggots change the cheese’s texture to make it soft and liquidy. For reasons that should seem obvious to sane people, it’s banned not only in the U.S. but across the European Union.

Then there’s Mimolette, which gets its distinct Mars-like orange-red hue from the mites that cheesemakers colonize on it to refine the flavor. Mites cause allergies for many people, so that one’s a scratch, as well.

Read:  These 16 New Food Companies Are Changing the Way We Eat

The Scottish staple of haggis is a savory pudding made from a hodge-podge of sheep organs, including the lungs, heart and liver, along with oats, stock, onions and spices. Anything made from livestock lungs has been banned in the U.S. since 1971 because the lungs can contain dangerous microbes from the stomach. Oh, and haggis is served wrapped in a sheep’s stomach. 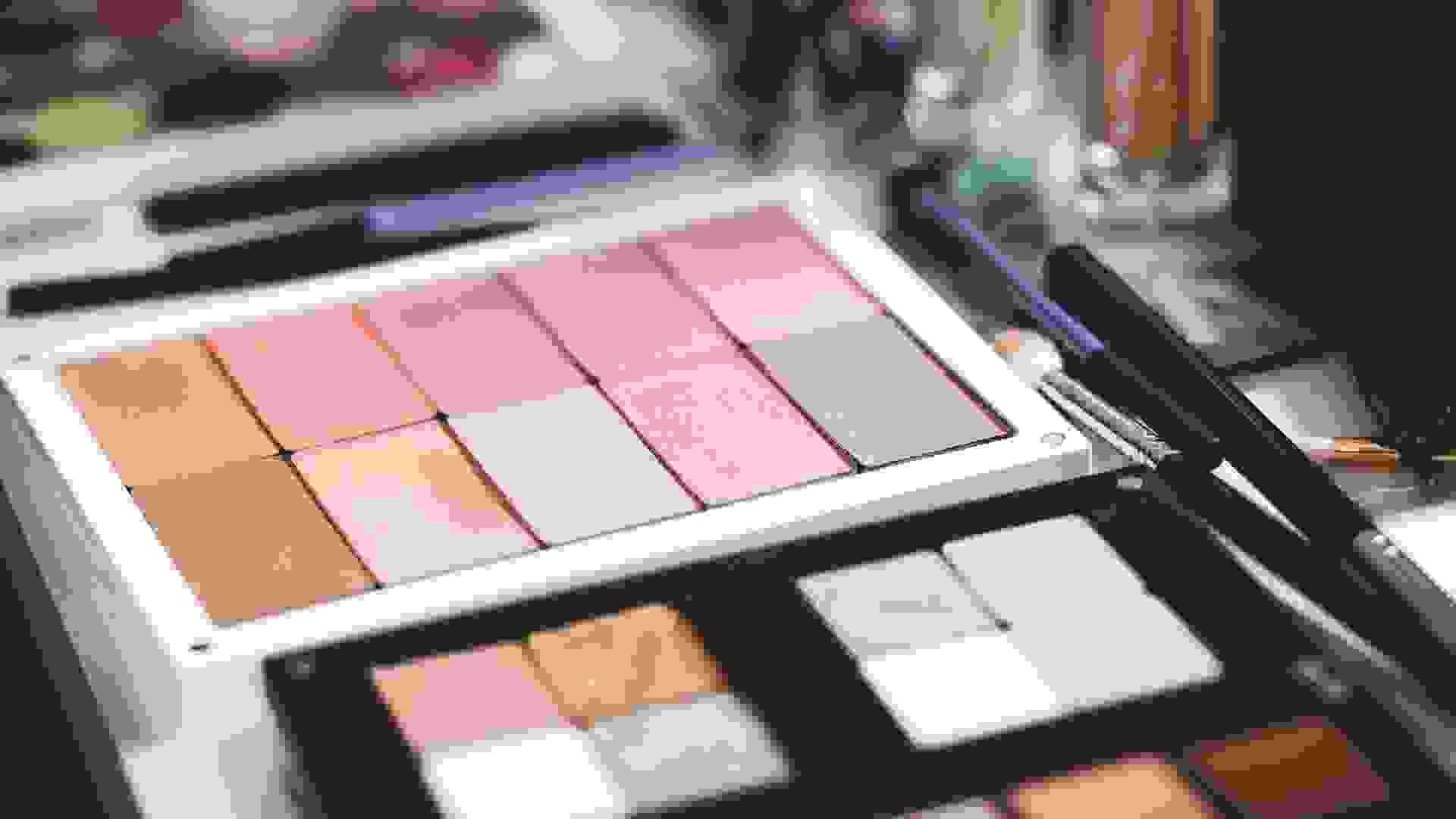 Vinyl Chloride and Other Stuff in Cosmetics

The FDA is the authority on what can and can’t be sold as food, but many chemicals can be absorbed as readily through the skin as they can be ingested by eating. That’s why the FDA prohibits things that most people would never presume you’d find in makeup. If you get cheap knockoff cosmetics that originate in places like China, consider that they might contain things like chloroform, mercury compounds and cattle products that were prohibited to prevent the spread of mad cow disease.

Read More: These Beauty Hacks Will Save You Big Bucks 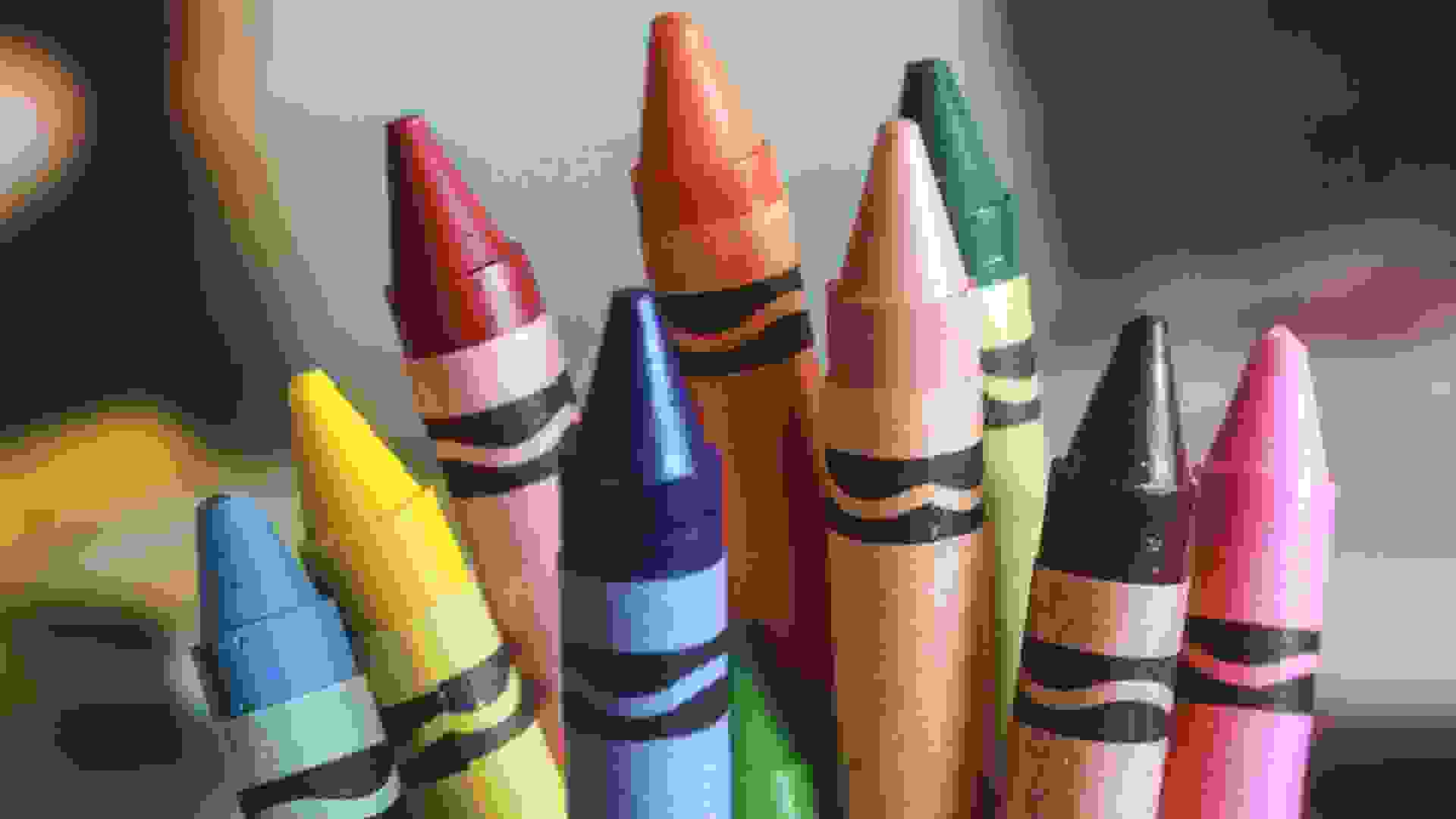 Fustic and Other Color Additives

Everyone knows the colors of the rainbow, and anyone who had a box of Crayola crayons knows burnt sienna, mustard and tumbleweed. But do you know FD&C blue No. 2 aluminum lake on alumina? How about calcium carbonate, ferrous sulfate and ferrous chloride? They’re just a few of the dozens of dyes and other color additives that are banned, partially banned or otherwise regulated by the FDA for use in drugs, food and cosmetics. A great number of them have been linked to cancer, particularly liver cancer.

Fun Facts: 31 Bizarre Products You Won’t Believe Were Ever Sold 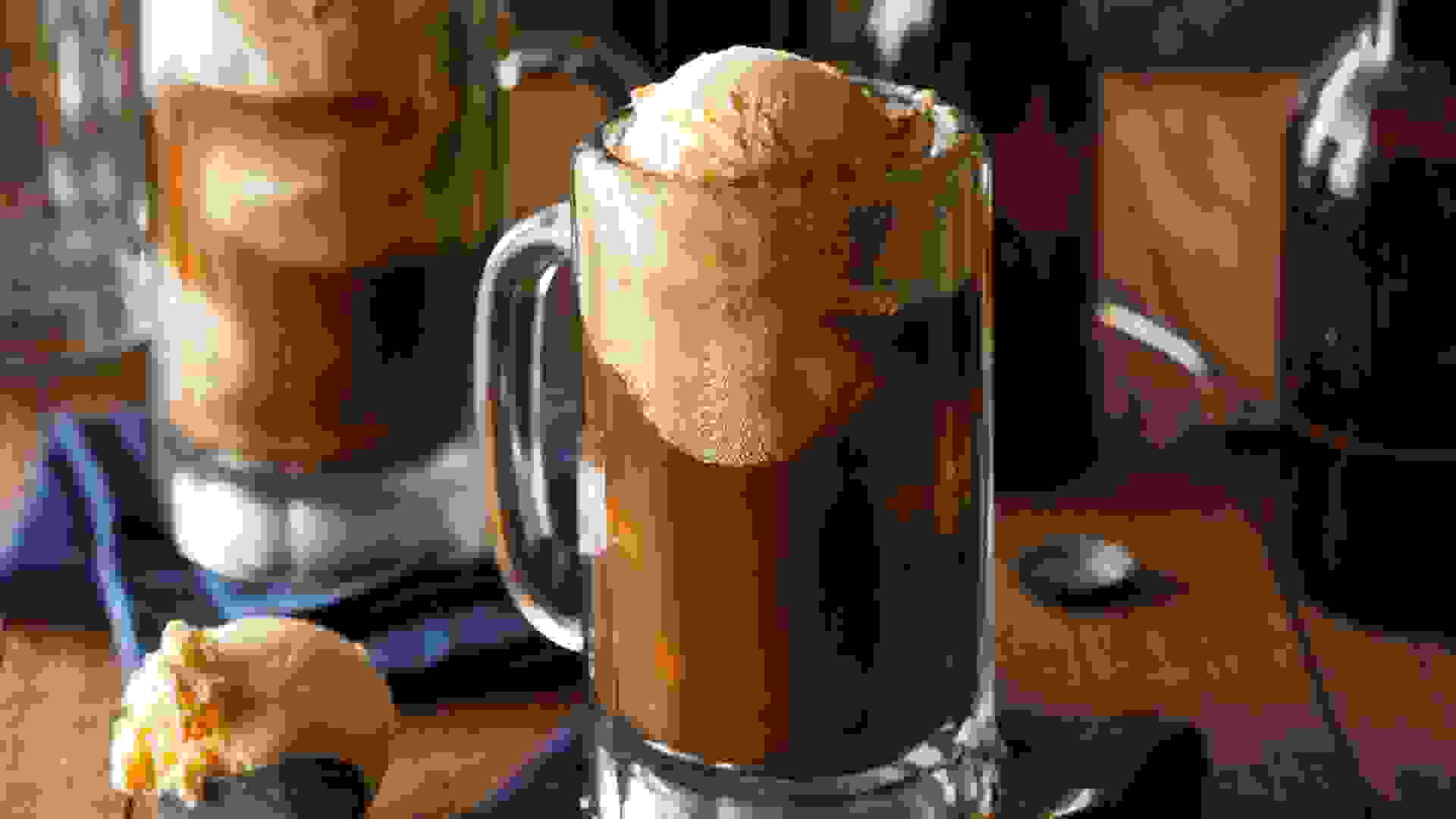 The main ingredient in oil of sassafras is safrole, which at one time was used to flavor soft drinks like root beer. Found to be toxic and harmful in laboratory tests, it’s been banned in the United States for use in root beer or any other food product since 1960. If you try to smuggle some, you might be in more trouble with the DEA than you would be with the FDA. Safrole, it turns out, is one of the key ingredients in illegal designer drugs like MDMA and ecstasy, so it’s also classified as a List I Chemical.

Did You Know: 8 Surprising Industries That Are Thriving — and Have Millennials To Thank 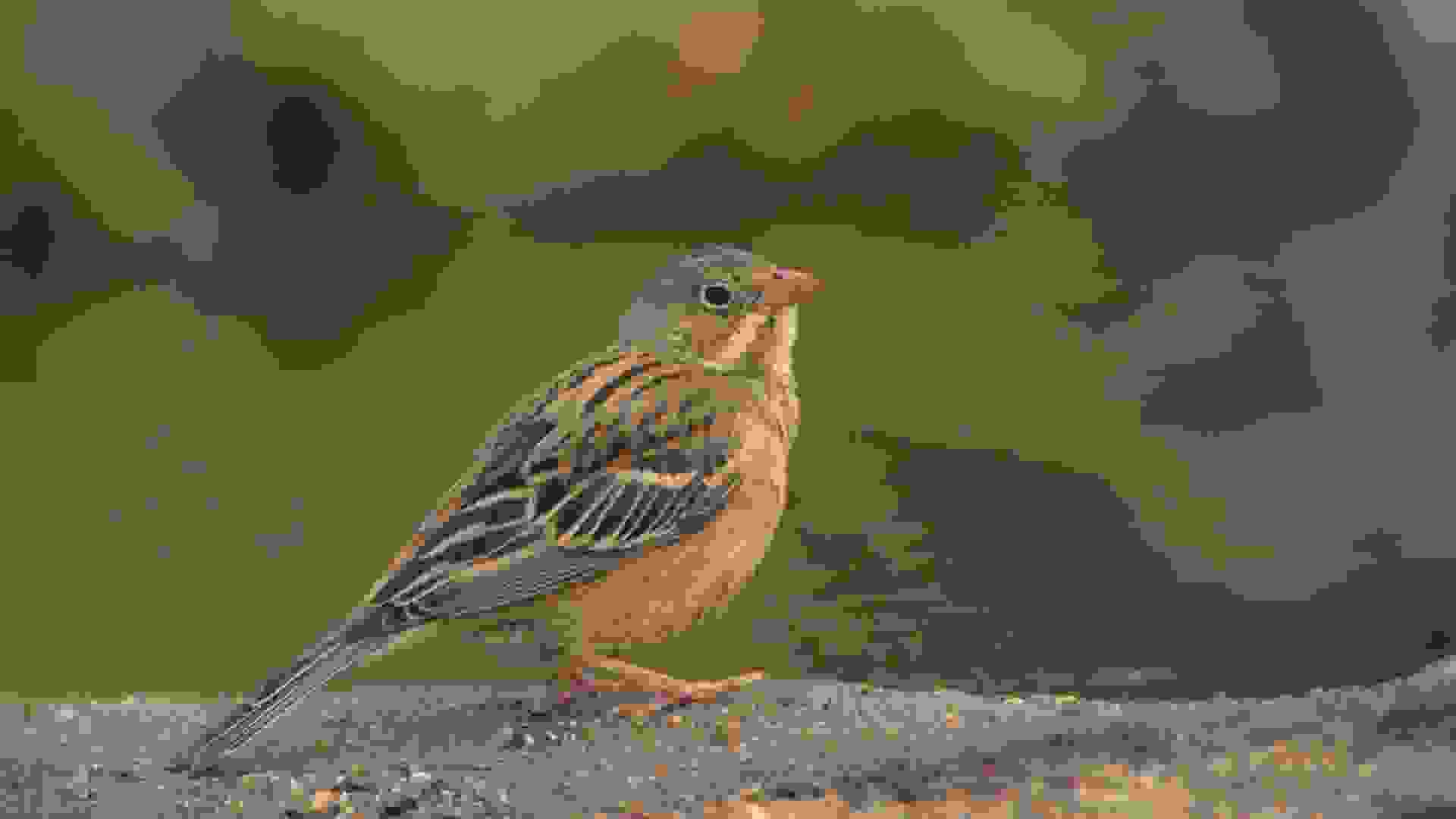 Tiny songbirds the size of a human thumb that weigh less than an ounce, ortolans were a delicacy reserved for French royalty until their consumption was banned in 1999. The way they’re prepared and killed is barbaric — it involves weeks of torture, intentional blinding, force-feeding and ultimately, drowning in Armagnac brandy to be marinated alive — but all that’s totally fine. They’re banned because they’re endangered and their fragile numbers are dwindling rapidly in the wild.

Find Out: Cities That Spend the Most — and Least — on Groceries 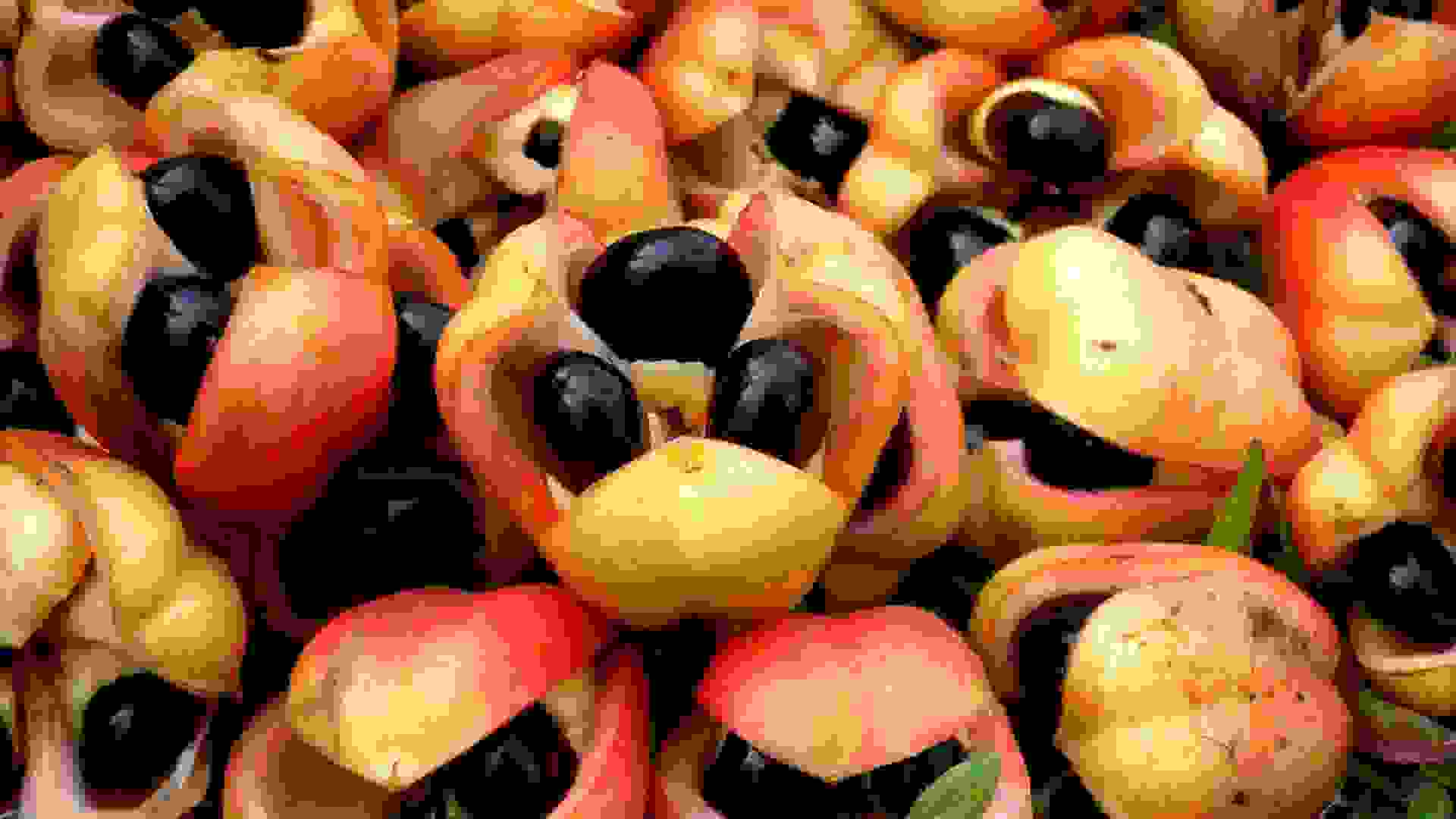 Although it’s the national fruit of Jamaica, ackee would be alien to most Americans — that’s because the FDA bans its import. They’re harmless and delicious when harvested at the right time, but when they’re unripe, ackee contains high amounts of a potentially fatal toxin called hypoglycin in both its fruit and its seeds.

Fun Facts: 12 Most Expensive Meals in the World 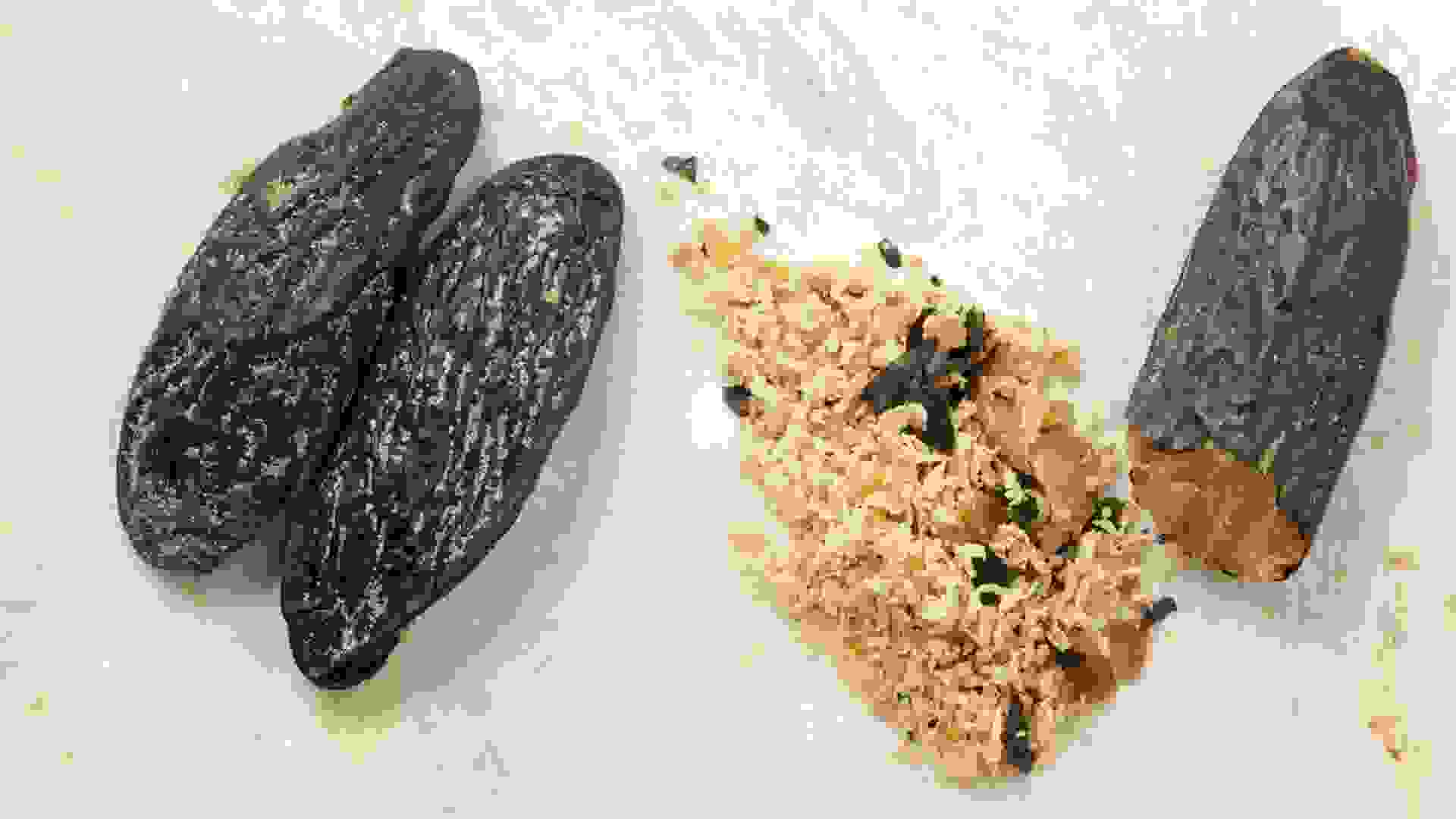 Tonka beans look like raisins, and chefs around the world prize them for their intense and unique flavor. Their extract was long used as a replacement for natural vanilla. The tradeoff, however, is that it contains a toxin called coumarin, which can be fatal in large enough doses. The FDA bans the import and use of tonka extract — and its liver-attacking passenger coumarin — for all uses in food. 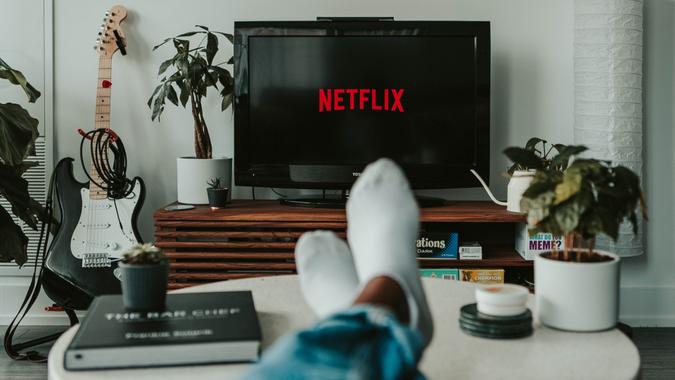 Brands With the Most Obsessive Fans

These brands are perfect for a pandemic shut-in.

> Money > Business > 10 Foods and Products Banned by the FDA