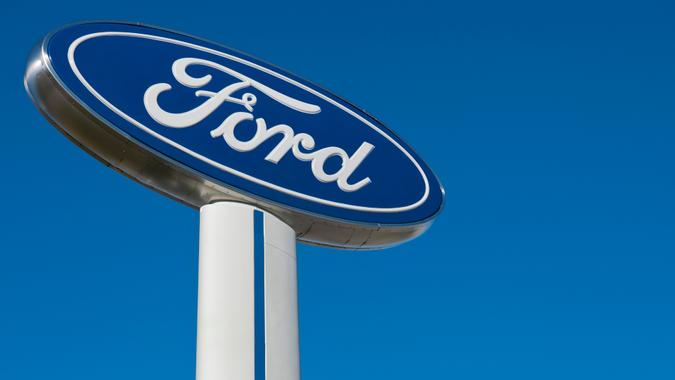 Ford Motor announced it plans to launch four new electric vehicles (EVs) into its Lincoln lineup by 2026, as it “moves toward an electric future,” the company said in a press release.

See: How To Get Rich With a Normal Job
Find: Rising Gas Prices: The True Cost of Going Electric

More than half of Lincoln’s — the luxury automotive brand of Ford Motor Company — global volume is expected to be all-electric vehicles by mid-decade; the brand will deliver three new fully electric vehicles by 2025, adding a fourth by 2026, the company said. It also unveiled the new Lincoln Star Concept “revealing the brand’s vision for connected, electrified vehicles,” according to the release.

“As Lincoln enters the next chapter in our transition to a zero-emissions future, the Lincoln Star Concept will lead the way for our portfolio of fully electric vehicles,” Joy Falotico, president of Lincoln, said in the release. “It is an excellent example of how we are redefining luxury for the next generation as we work to transform the vehicle into a third space – a true place of sanctuary – for our clients.”

The company said that while Lincoln moves toward an electric future, it is equally focused on keeping its current portfolio fresh and introducing new clients to the brand. Lincoln reported its best annual global sales in 21 years, up 7% over 2021, the company said.

In March, Ford announced it was spinning off its EV unit, in an effort to “compete and win against both new EV competitors and established automakers,” the company said in an announcement at the time, as GOBankingRate previously reported.

CFRA Research has a “strong buy” opinion on Ford, according to an April 16 note, reflecting a view that Ford has turned the corner operationally and has tailwinds from a new CEO to a strong lineup of new vehicles.

“Ford remains in the middle of a multiyear global restructuring, which should lower its operating costs and improve productivity,” CFRA equity analyst Garrett Nelson wrote in the note sent to GOBankingRates.

POLL: Do You Think Student Loan Debt Should Be Forgiven?
Discover: The 6 Most Affordable Electric Vehicles

Nelson said that CFRA also considers Ford’s EV strategy the most prudent of the major U.S. automakers and it became the second best-selling U.S. EV manufacturer in 2021. CFRA has a 12-month price target of $25.