Ford Plans to Beat Chip Shortage by Making Its Own 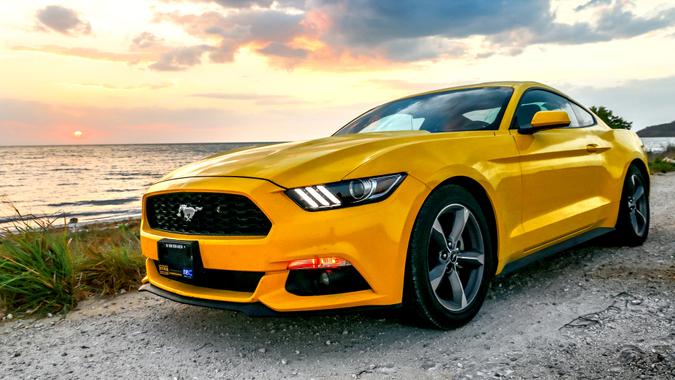 Saddled with a months-long shortage of computer chips due to global supply chain disruptions, Ford Motor has finally decided to take matters into its own hands. The automaker last week announced plans to partner with chipmaker GlobalFoundries to boost supplies for its own vehicles as well as the larger U.S. auto industry.

See: How to Boost Your Social Security Benefit With Supplemental Security Income
Find: Unplug These Appliances That Hike Up Your Electricity Bill

“We hope Ford and GlobalFoundries will team up to grow the supply in a more formal way to support our current vehicle lineup and our future needs,” Ford Vice President Chuck Gray said in an interview with Reuters.

The longer-term goal is to expand chip production in the United States as a way of helping automakers become less reliant on third-party chip makers.

That’s understandable, considering the huge negative impact the world’s “chipageddon” (or “chipacolaypse”) has had on carmakers. As GOBankingRates previously reported, the global auto industry is expected to lose more than $210 billion in revenue this year because of the chip shortage.

Ford’s chips will be designed and developed at its direction and built in the U.S. The initial research focus with GlobalFoundries will be on three categories of chips: autonomous driving chips, in-car data networking chips and battery management chips.

As Reuters noted, the market for self-driving chips is currently dominated by Nvidia, Intel and Qualcomm. The markets for networking and battery-management chips are dominated by existing auto suppliers such as NXP, Marvell Technologies and Analog Devices.

Bringing more chip production back to the U.S. is something both industry leaders and lawmakers support, The New York Times reported. In 1990, more than one-third of all chips were manufactured in the U.S., but by last year that share had fallen to 12%, according to the Semiconductor Industry Association.

See: The Top 6 Investments You Should Make as an Entrepreneur
Find: The Secrets Behind These 10 Popular Costco Products

Over the summer the U.S. Senate, in a rare show of bipartisanship, overwhelmingly approved a $52 billion package of subsidies designed to stir encourage the construction of more chipmaking facilities, but that funding has run into roadblocks in the House.