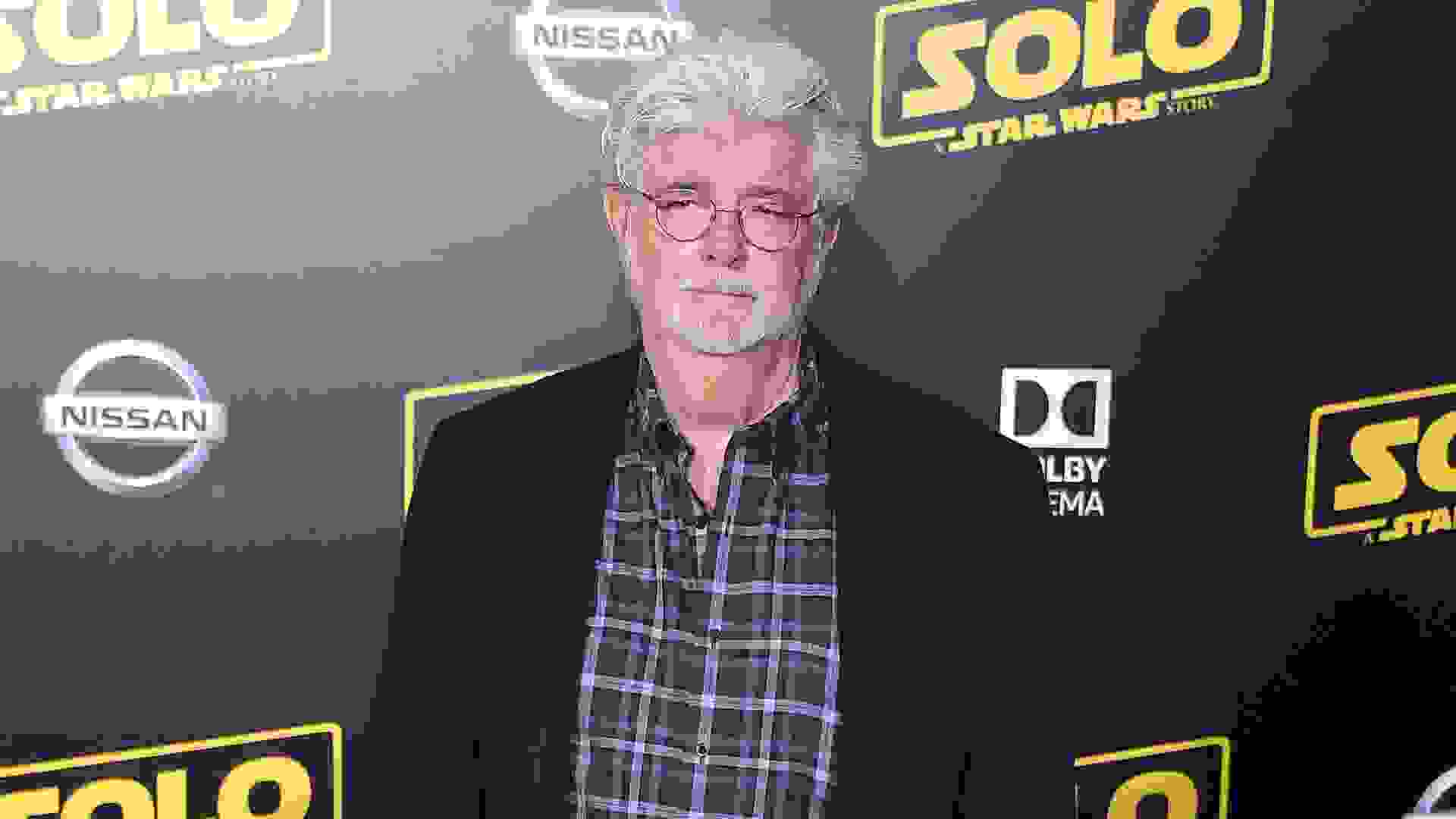 It was “American Graffiti” in 1973 that put George Lucas on Hollywood’s map, but his later works sent him into the stratosphere. The mastermind behind the beloved “Star Wars” franchise, Lucas also brought Indiana Jones to life, making him the creator of two of greatest movie franchises ever to enter the galaxy. Lucas, who turns 78 on May 14, has enjoyed much success financially and creatively throughout his career.

Check Out: How To Get Rich With a Normal Job
More: 15 Worst States To Live on Just a Social Security Check

Forbes lists Lucas’s net worth as $5.6 billion, much of which was gained when he sold Lucasfilm, the company he created in 1971, to Disney for $4.1 billion in stock and cash in 2012. Lucas has slowed down his work in the entertainment industry and devotes his time to his charitable foundation.

See some of the highest-grossing films — based on domestic lifetime gross — that catapulted Lucas into becoming one of the richest directors in cinema history. 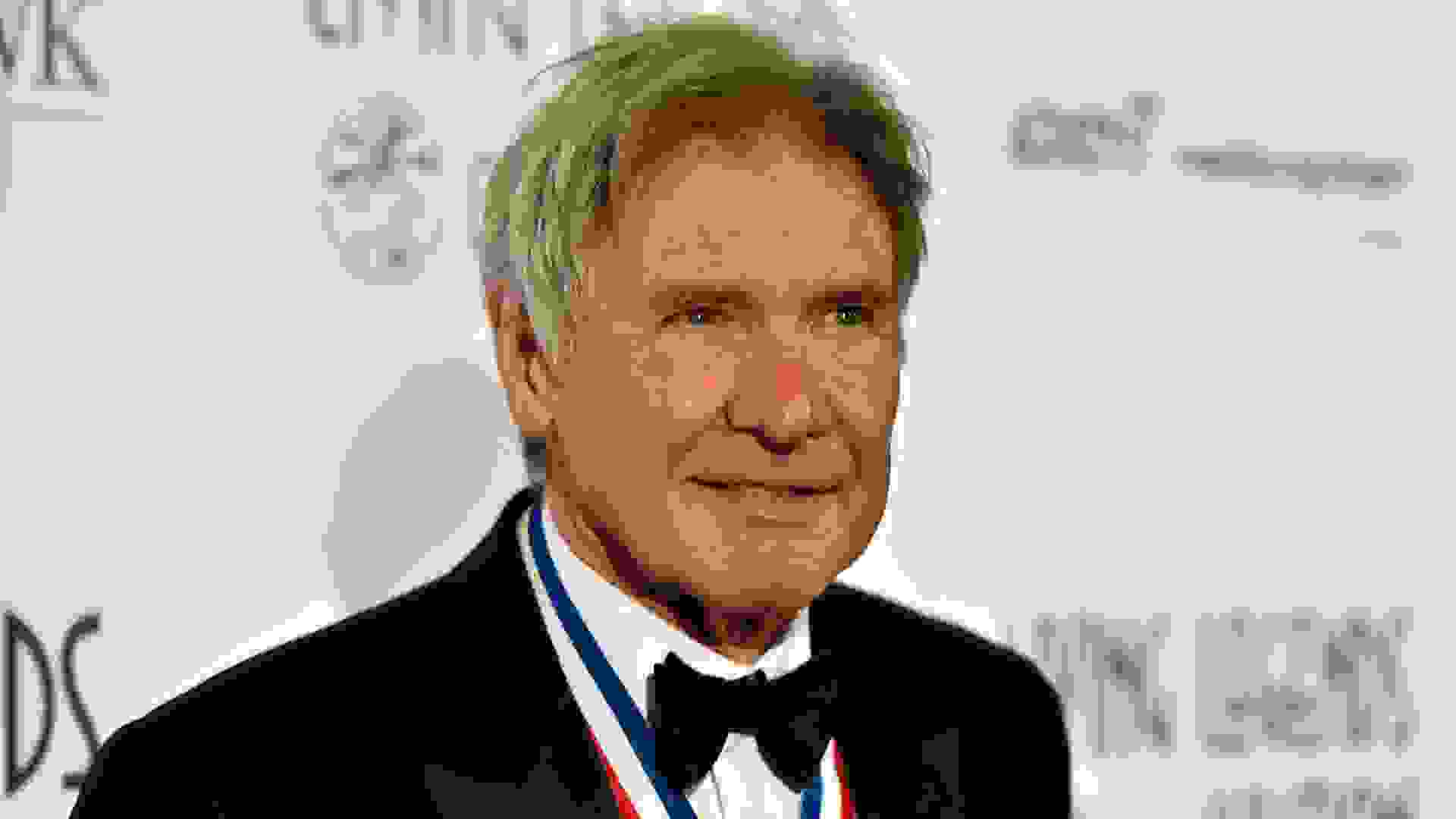 The sequel to “Raiders of the Lost Ark,” the 1984 movie follows Indiana Jones in India, where he’s sent to look for a mystical stone but finds much more. Lucas doubled as writer and executive producer of the film, which had a $28 million budget and earned almost that – $25,337,110 – on opening weekend. Overall, the film brought in $333,107,271, proving Lucas had the golden touch early in his career 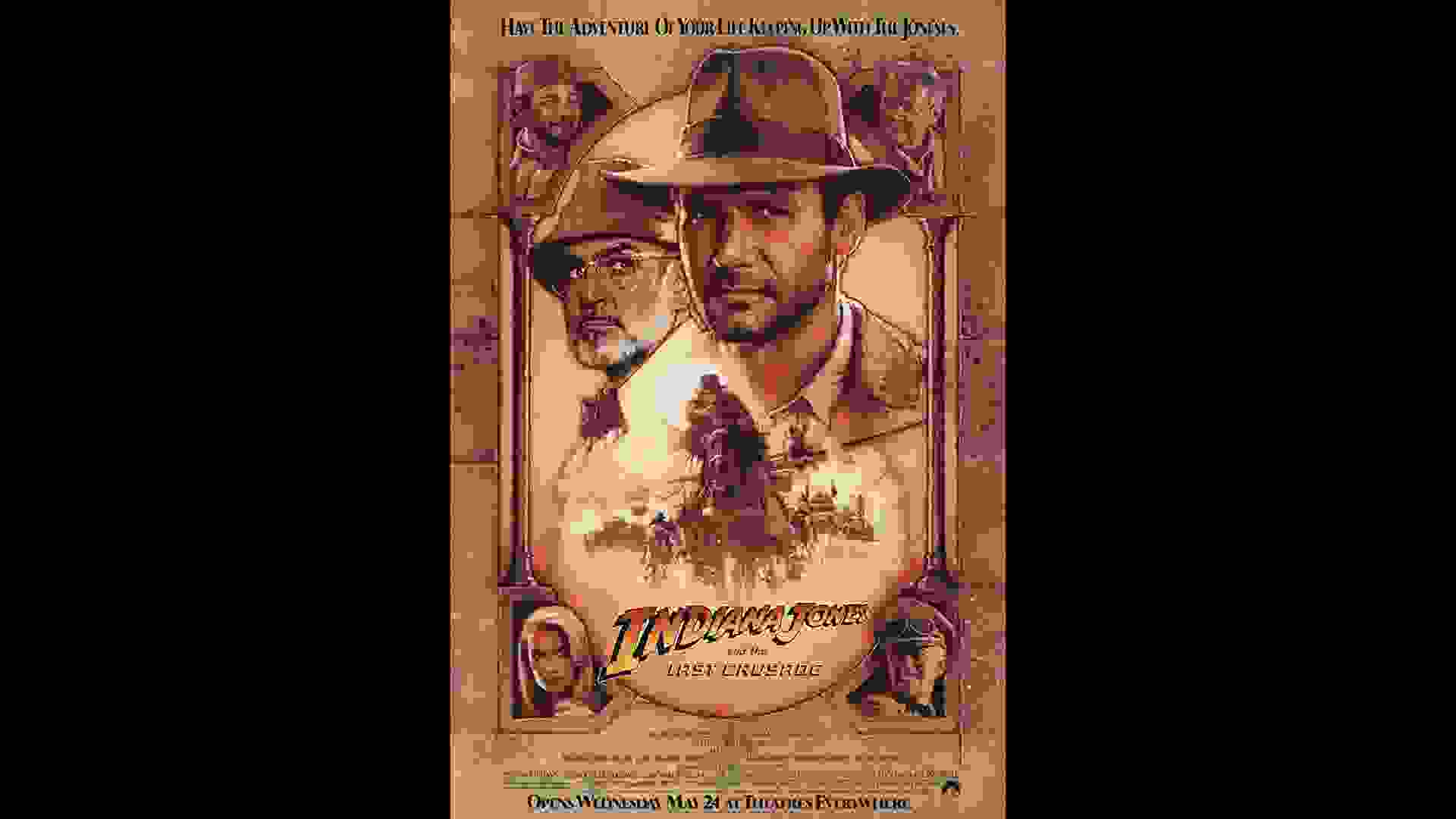 Taking a backseat to director Steven Spielberg, Lucas wrote and executive produced the third installment of the “Indiana Jones” franchise. The film focuses on protagonist Indiana as he hunts for his missing father, among other things, and pulled in $29,355,021 its opening weekend and grossed $197,171,806 domestically. The movie performed well overseas and brought in $474,171,806 worldwide. Released in May 1989, “Indiana Jones and the Last Crusade” was the second highest-grossing film in 1989 behind Tim Burton’s “Batman.” 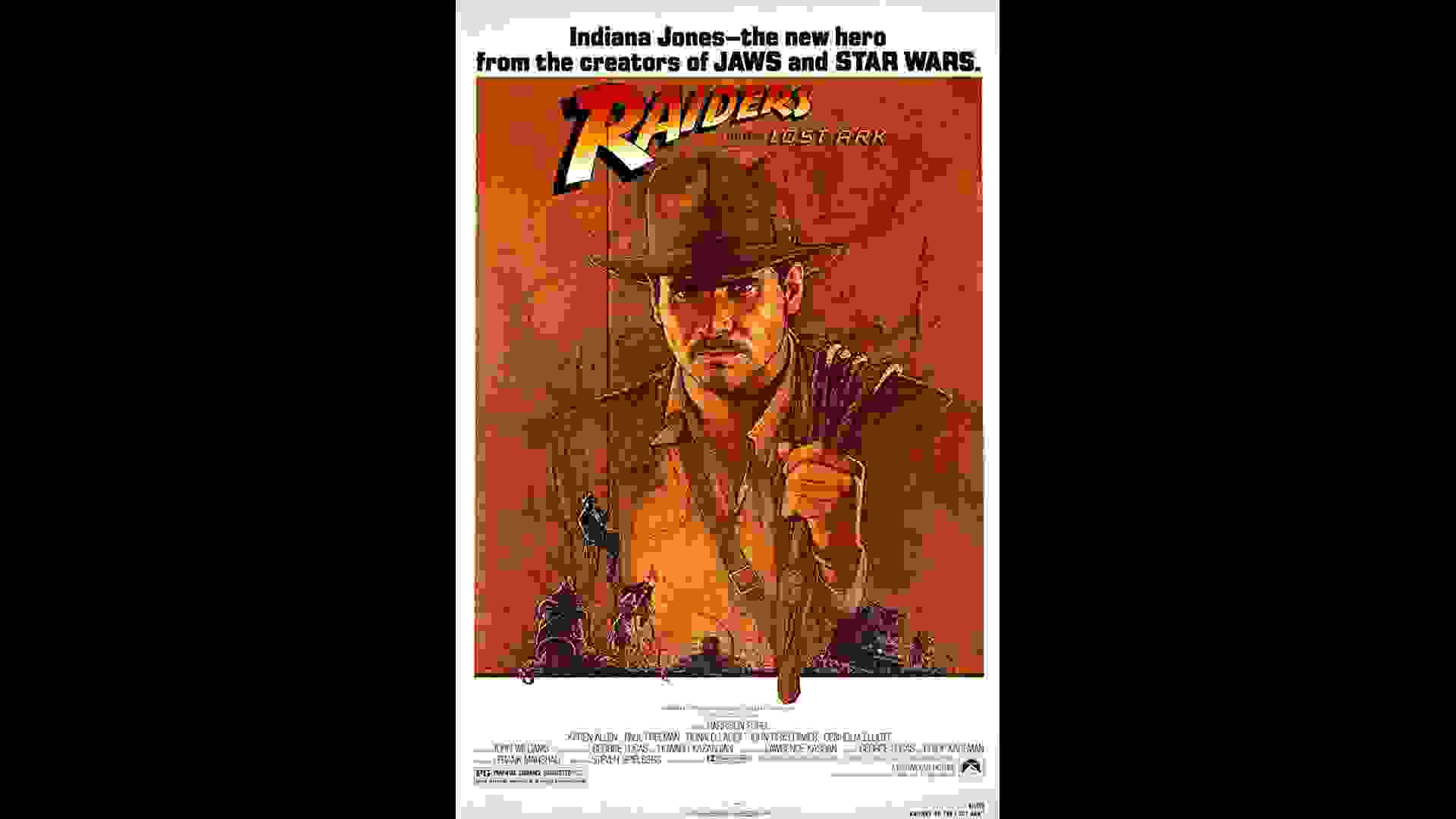 Lucas didn’t direct the film, but the story of an adventurous archaeologist named Indiana Jones was surely his brainchild. Lucas served as writer and executive producer of the very first film in the “Indiana Jones” series. Although it remains the second highest-grossing movie of the franchise, the film starring Harrison Ford was released in June 1981, made $8,305,823 its opening weekend and has a lifetime domestic gross of $248,159,971. It was the highest-grossing film of 1981 in the U.S., ahead of “On Golden Pond” and “Superman II.” Overseas, the film pulled in a cool $141,766,000, bringing its worldwide gross to $389,925,971. 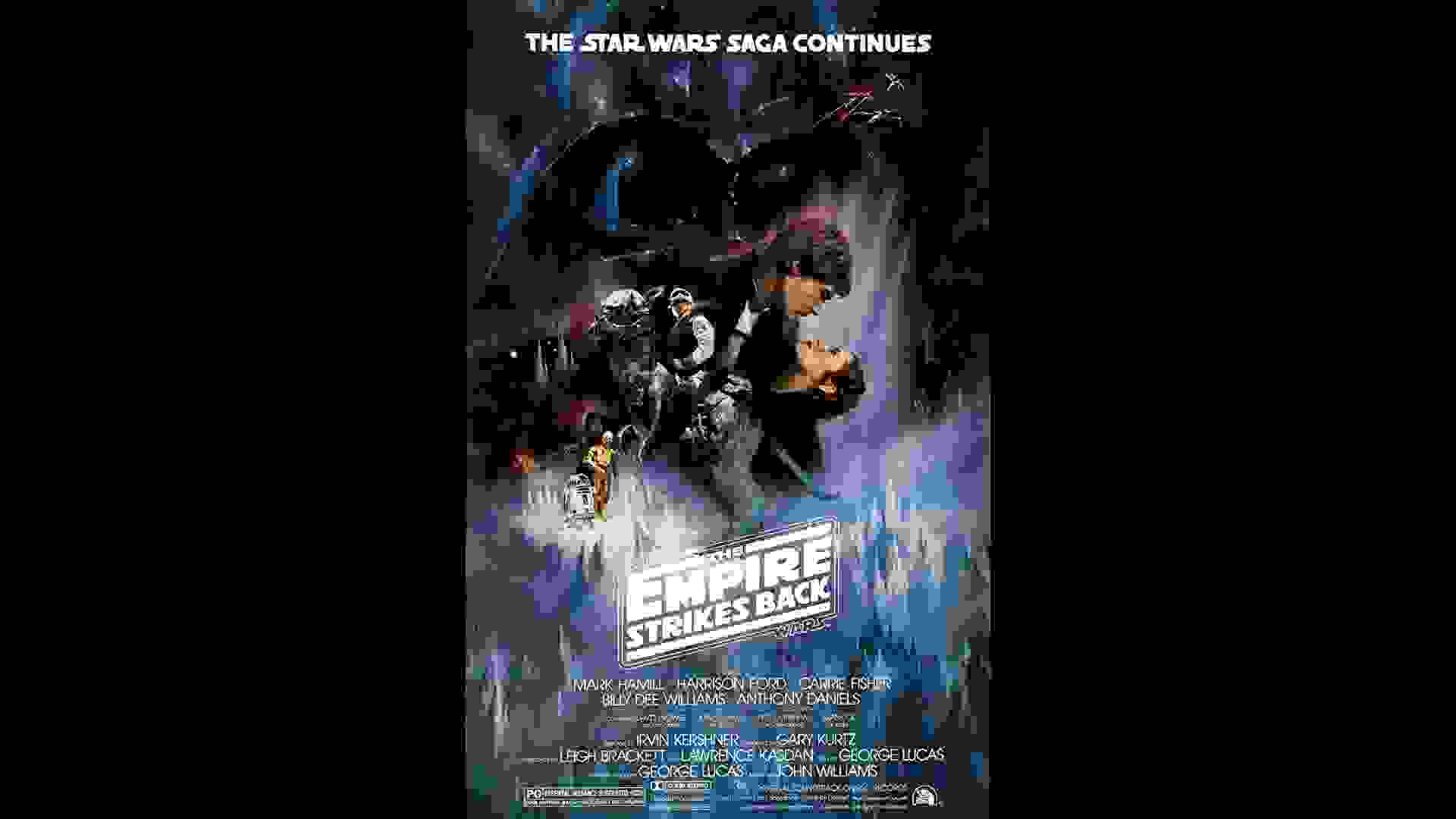 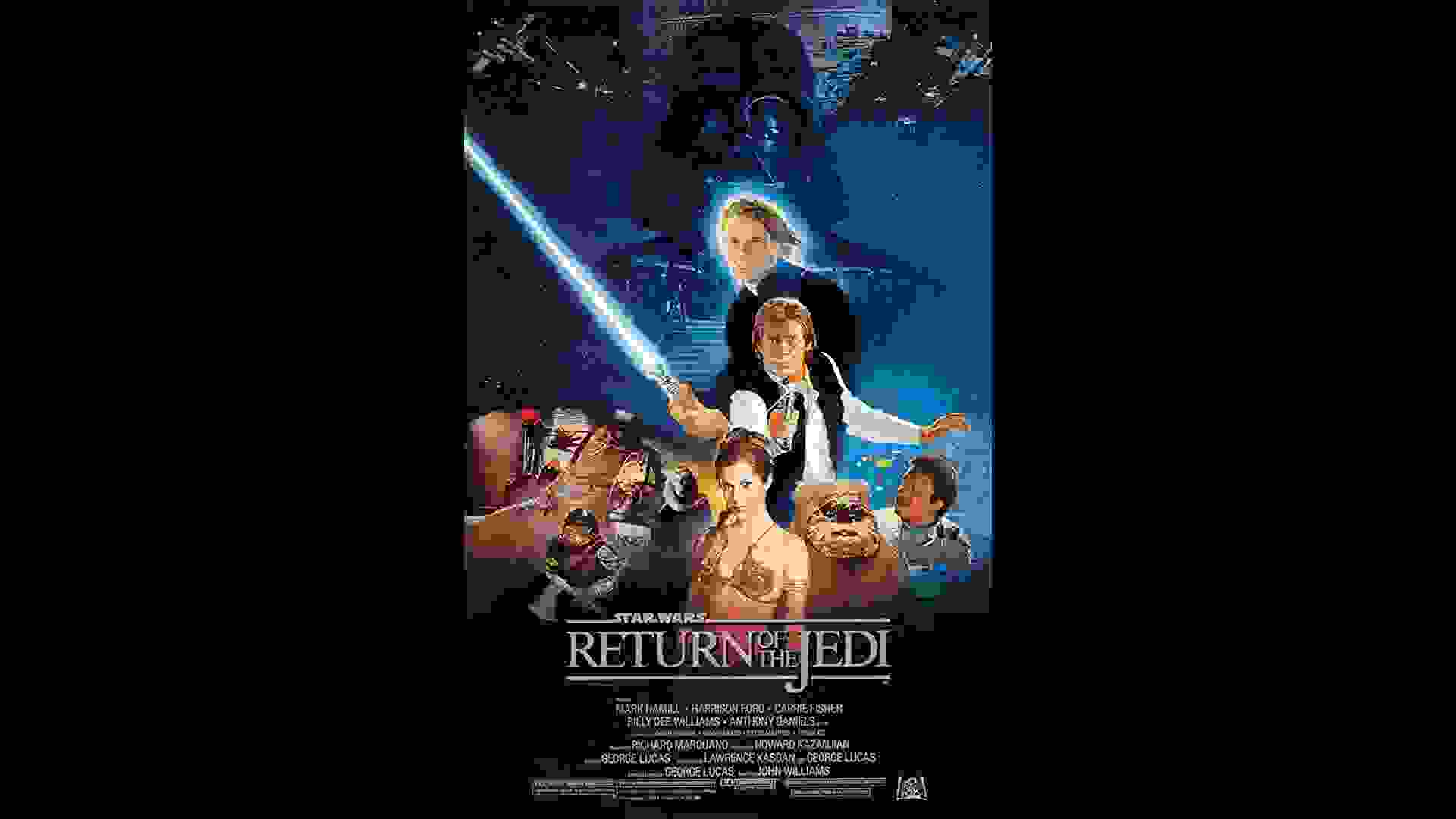 Since the release of the first “Star Wars” movie in 1977, it’s hard to find any subsequent George Lucas film that performed poorly at the box office. Although Lucas directed the first movie in the “Star Wars” original trilogy, he took a backseat for this one as an executive producer and writer. The film, which features Luke Skywalker confronting Darth Vader and the fall of the Empire, is the third installment in the “Star Wars” original trilogy. Released in May 1983, “Star Wars: Episode VI — Return of the Jedi” made $23,019,618 during its opening weekend, grossed $309,306,177 domestically and pulled in $475,106,177 worldwide. It was also the highest-grossing movie of 1983 in the U.S. 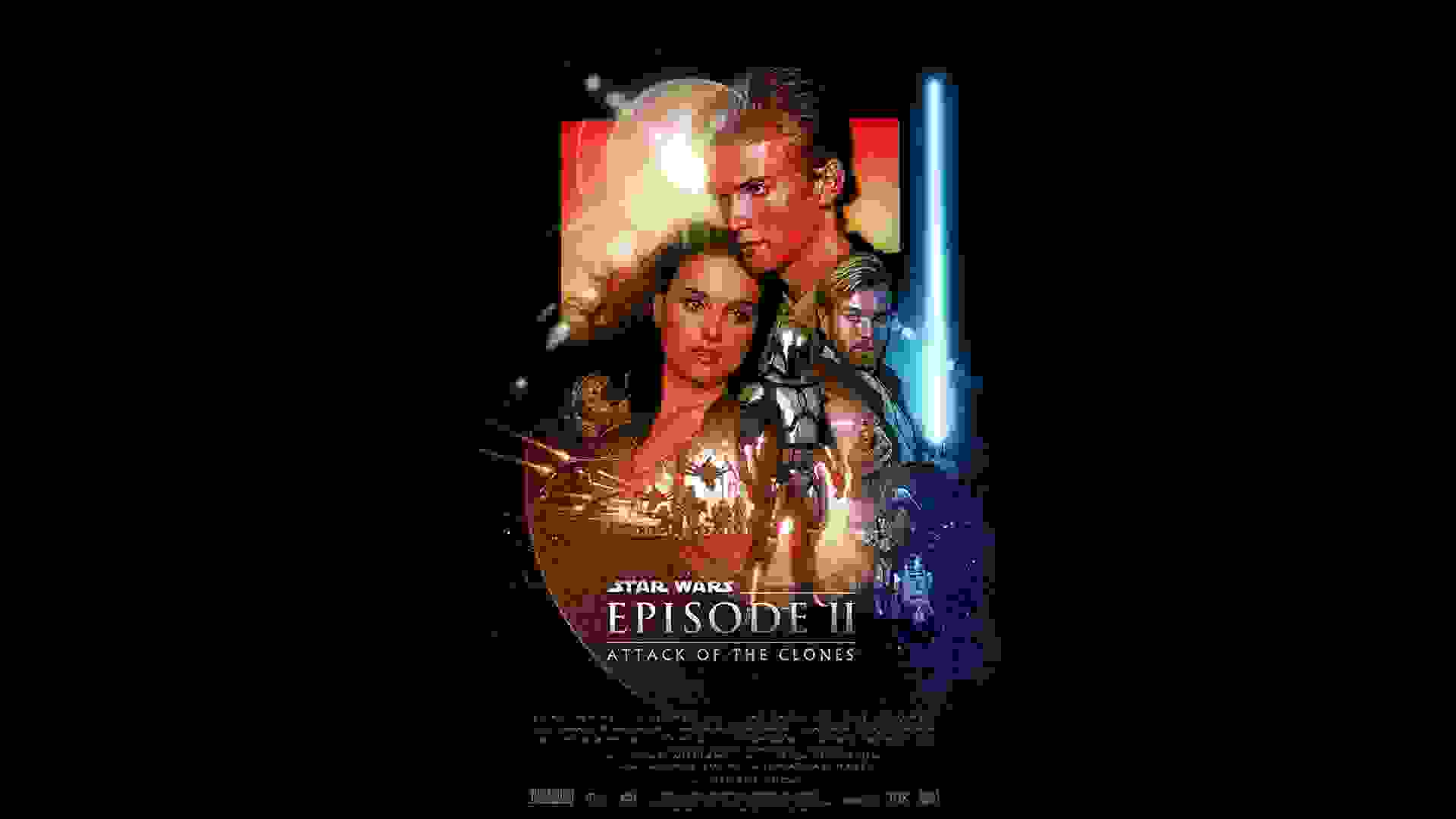 Released in May 2002, “Star Wars: Episode II — Attack of the Clones” was the third highest-grossing movie in the U.S. in 2002, scoring $310,676,740 in its domestic release and making $80,027,814 its opening weekend. And unlike other “Star Wars” films, Lucas was completely hands-on: directing, writing and executive producing. The film made history as the “first major motion picture to be shot digitally, using Sony HDW-F900 high-definition video cameras and Fujinon lenses,” according to Lucasfilm. It was either that or the love story between characters Anakin Skywalker and Padme Amidala that drove fans to the theaters. Worldwide, “Episode II” collected $653,779,970. 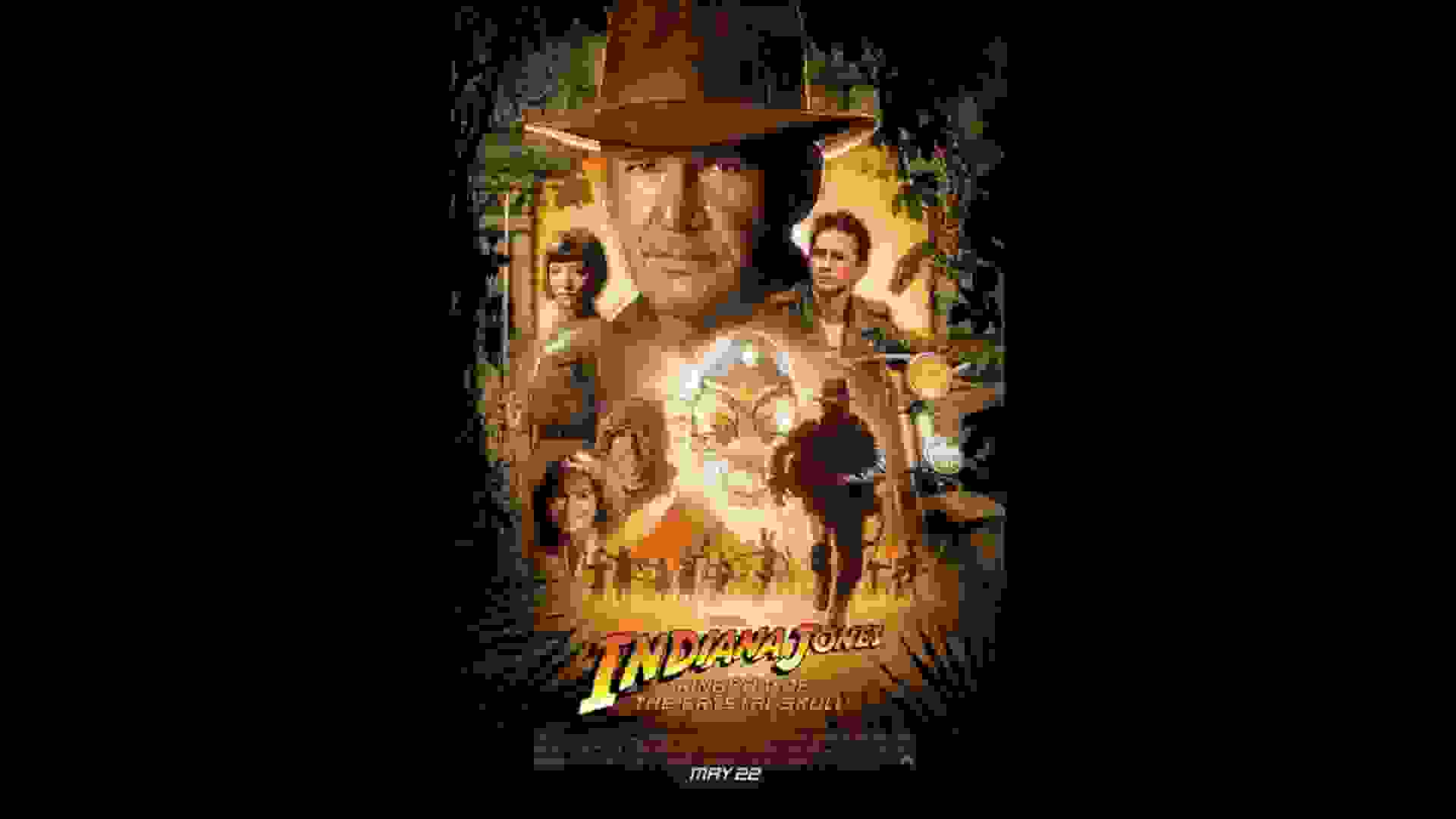 Starring actors Shia LeBeouf, Harrison Ford and Cate Blanchett, “Indiana Jones and the Kingdom of the Crystal Skull” is the most recent in the “Indiana Jones” franchise. As he did with “Raiders of the Lost Ark,” Lucas served as executive producer and writer for the film. The movie premiered in theaters in May 2008 and received mostly positive reviews. It grossed $317,101,119 domestically and had one of the biggest opening weekends for Lucas, making $100,137,835. Worldwide, the movie about the famous archaeologist afraid of snakes scored $790,653,942 and was the third highest-grossing film in 2008 in the U.S, right behind “The Dark Knight” and “Iron Man.” Filming has wrapped on “Indiana Jones 5,” as it’s being called at least for now, and it’s due in theaters in June 2023. 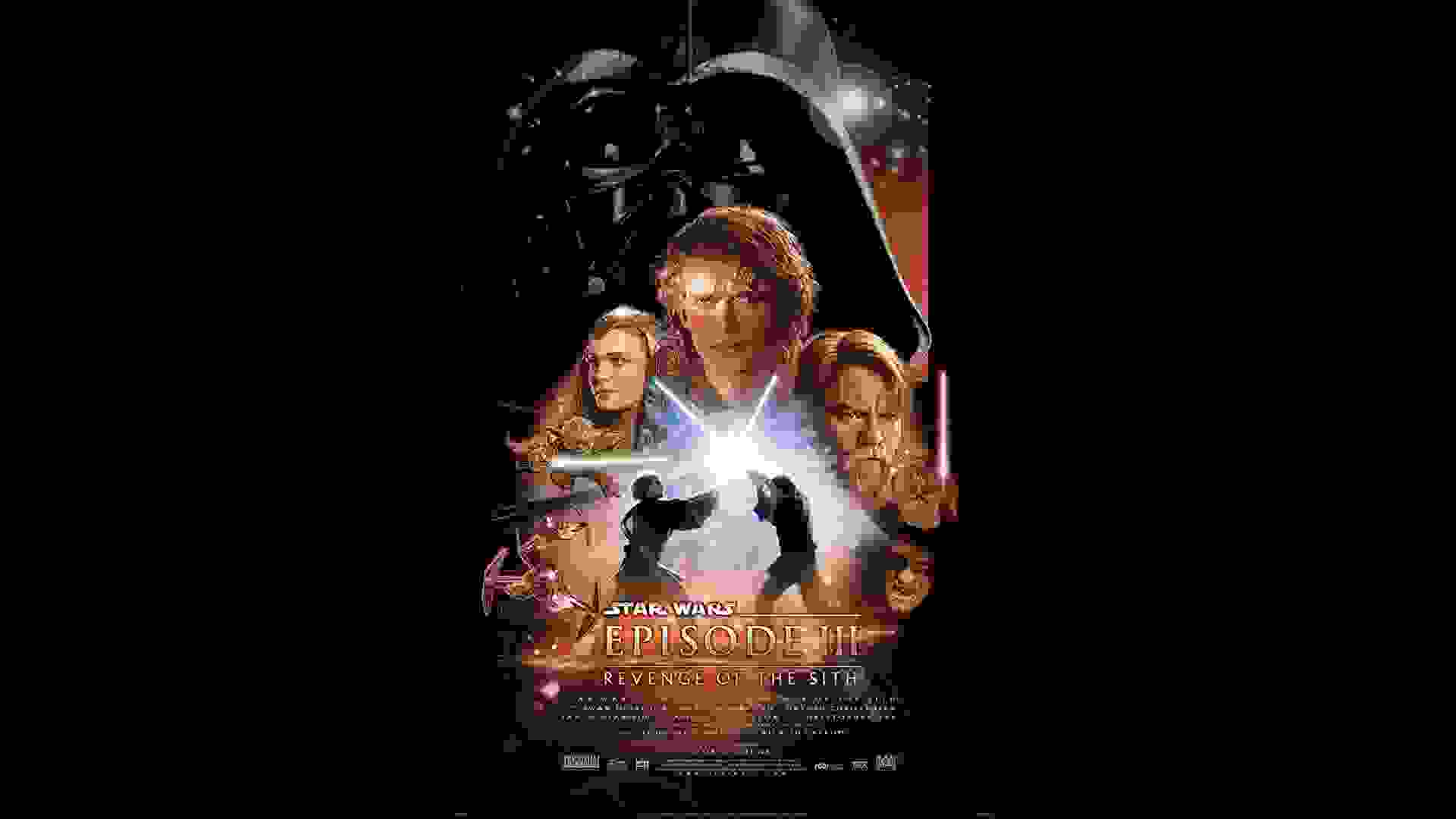 Released in May 2005, “Star Wars: Episode III — Revenge of the Sith” is the final movie in the prequel trilogy. Starring Hayden Christensen and Natalie Portman, the movie notoriously reveals the origins of the infamous Darth Vader and the fall of the Jedi. “Episode III” was a slam dunk at the box office, grossing $380,270,577 domestically and $108,435,841 on its opening weekend. The movie enjoyed overseas success, pulling in $868,390,560 worldwide. 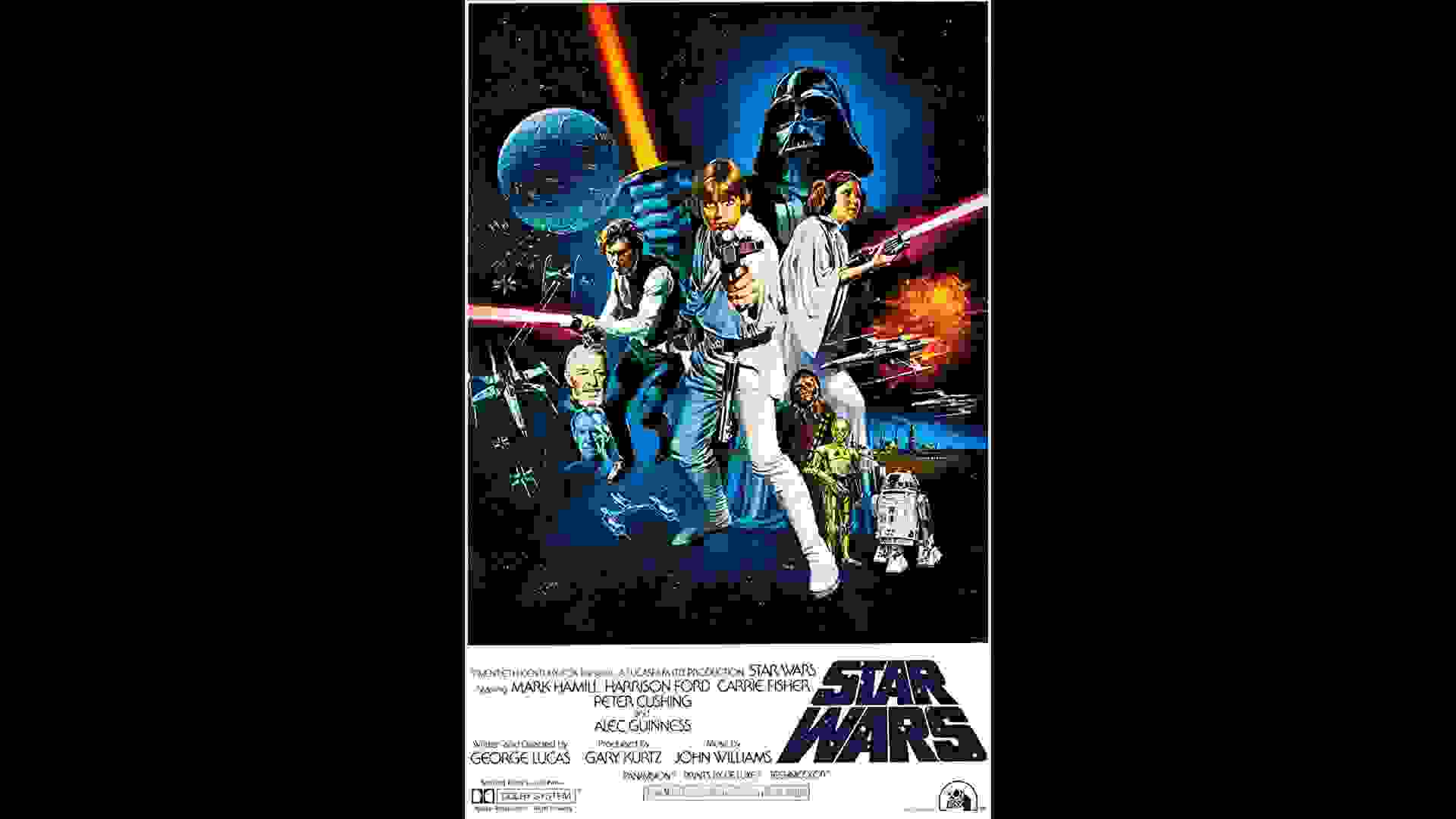 At the time, “Star Wars” changed the game of the movie industry by using creative and unique special effects. It went on to be nominated for an Academy Award for Best Picture in 1977 and became a staple of pop culture, spawning countless action figures and several sequels and prequels. 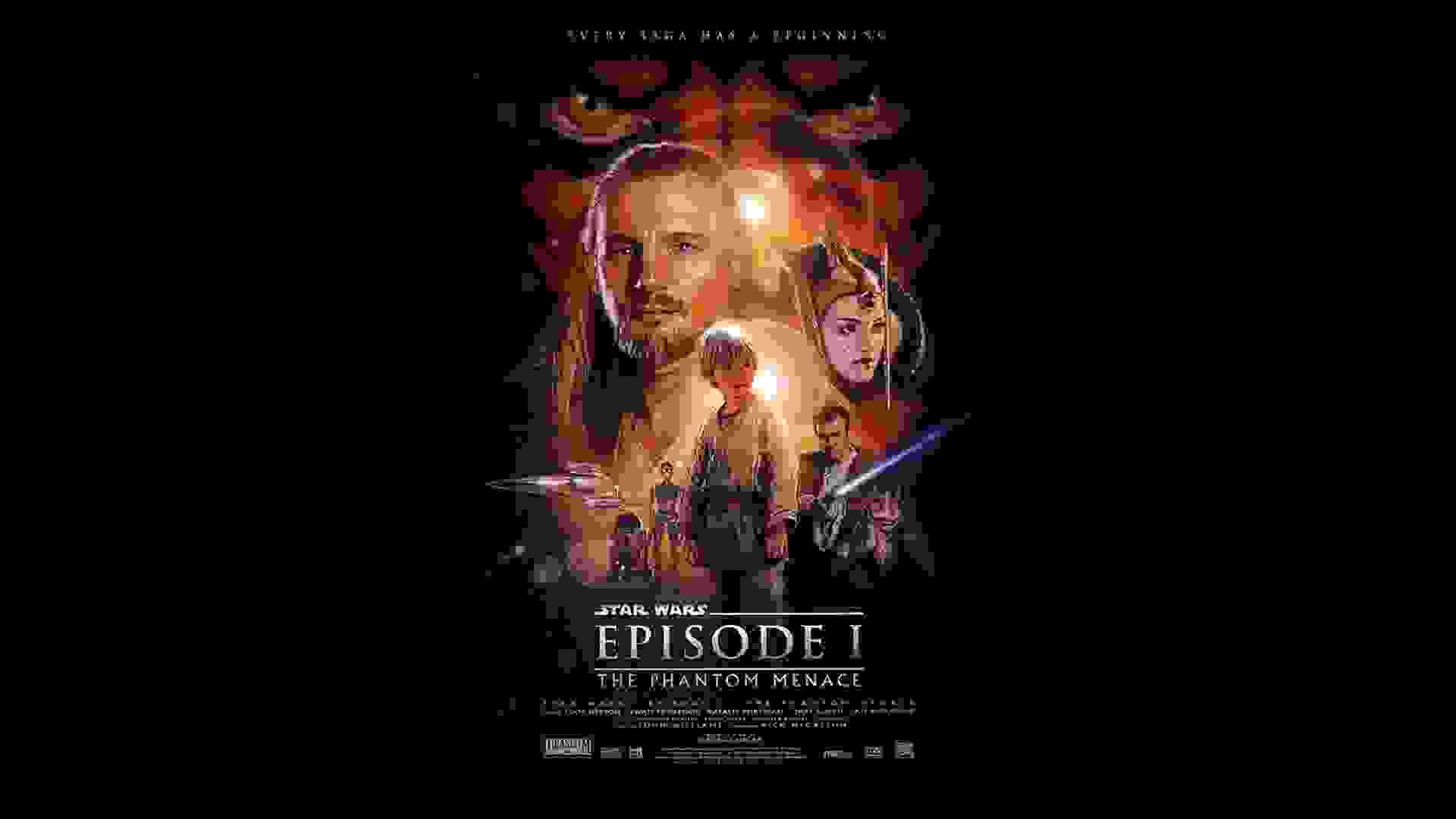 Although this was the highest-grossing movie that Lucas wrote and directed, it was not a fan favorite. In fact, despite its monstrous success at the box office, it was given a 55% score on Rotten Tomatoes. The first of the “Star Wars” prequel series was released in May 1999 and pulled in $474,544,677 domestically and $64,820,970 on its opening weekend. “Star Wars: Episode I — The Phantom Menace” shows viewers the beginning of Anakin Skywalker, one of the most central characters in the “Star Wars” franchise. Perhaps it was this backstory that initially attracted viewers to the film. Worldwide, it made $1,027,082,707 and was the highest-grossing movie of 1999 in the U.S. 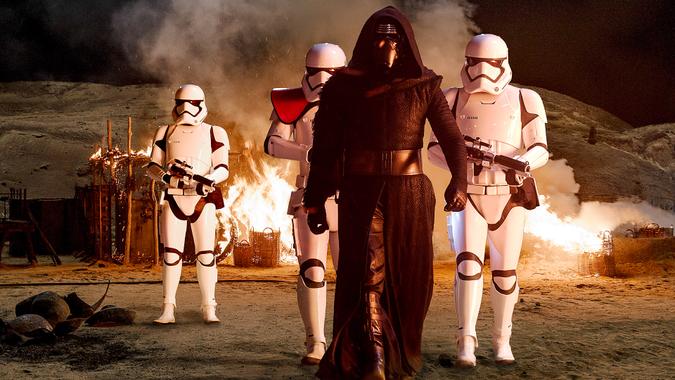 Check out the biggest movies and where to stream them.

> Money > Business > May the Fourth Be With You: 'Star Wars' and More of George Lucas' Highest-Grossing Films