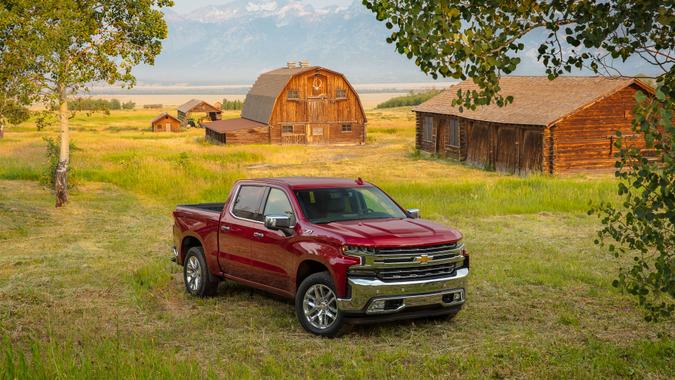 GM became the latest automaker to enter the increasingly crowded field of battery-powered trucks, announcing on Tuesday that it will manufacture an all-electric Chevrolet Silverado truck that will feature an estimated driving range of more than 400 miles on a single charge.

With the announcement, GM joins the battle for market share with long-time rival Ford, which previously said it will make an electric version of its F-Series pickup, as well as newer competitors like Tesla’s Cybertruck and Rivian’s R1T, according to CNN Business.

The new Silverado will be specifically designed as an electric-only truck rather than a modified version of its gas- or diesel-powered namesake. GM will use the same Ultium electric vehicle engineering that will go into its other EVs, including the GMC Hummer EV models and the Cadllac Lyriq SUV, CNN reported. The automaker also said it will make an electric delivery van for business customers.

See: The Government Goes All In on Electric Vehicles
Find: It’s Electric — EV Stocks Could Pop in 2021

The electric Silverado will be produced at GM’s new flagship assembly plant for EVs, currently under construction in Detroit, CNBC reported. The company has invested $2.2 billion in the plant, which was recently renamed Factory Zero. It will be used to produce next-generation EVs beginning later this year.

Factory Zero is the first of four North American facilities that GM plans to transition from making gas-powered vehicles to EVs. GM officials didn’t say when the electric Silverado will begin production at Factory Zero, though industry analysts expect that to happen late next year.