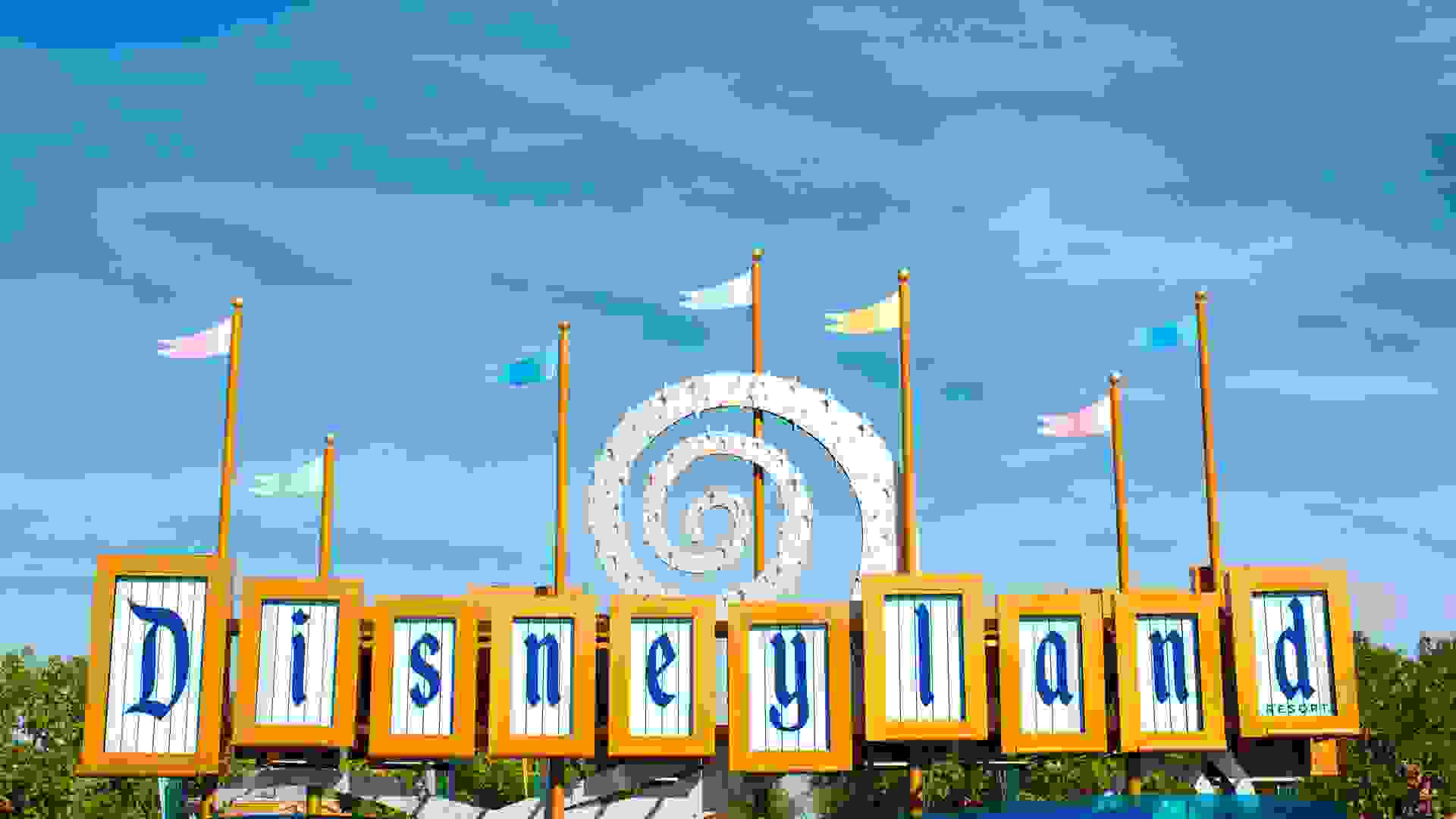 Disneyland Resort temporarily shut its gates in March due to the coronavirus outbreak and has yet to properly reopen. The Anaheim, California, park includes both Disneyland — which typically sees 18 million visitors a year — and California Adventure, which saw nearly 10 million visitors in 2019. Both have been shut down for more than half a year, with Disney executives and California state legislators pleading with Gov. Gavin Newsom to issue reopening guidelines.

As the months stretch on, the question of how exactly Disney can afford to keep Disneyland in operation without making a profit looms large, especially with all of Disney’s controversies. While Disney has a lot more than the Disneyland Resort to bring in tons of money, theme parks and resorts are a substantial piece of its earnings pie: In fourth-quarter earnings in 2019, Disney’s revenue for parks and resorts came in at $6.7 billion — more than its media networks, which brought in $6.5 billion, and significantly more than studio entertainment and direct-to-consumer earnings, which were $3.3 billion and $3.4 billion, respectively. According to Statista, parks and resorts accounted for $26.23 billion of Disney’s total revenue in 2019.

2020’s numbers for park revenue will surely look a lot different, and just how the park will look when it does reopen is yet to be seen, but the fact remains: Disneyland may make a killing when it’s open, but it also costs an insane amount of money to run. Discover Disney’s money secrets and how much it really costs to keep the whole thing going. 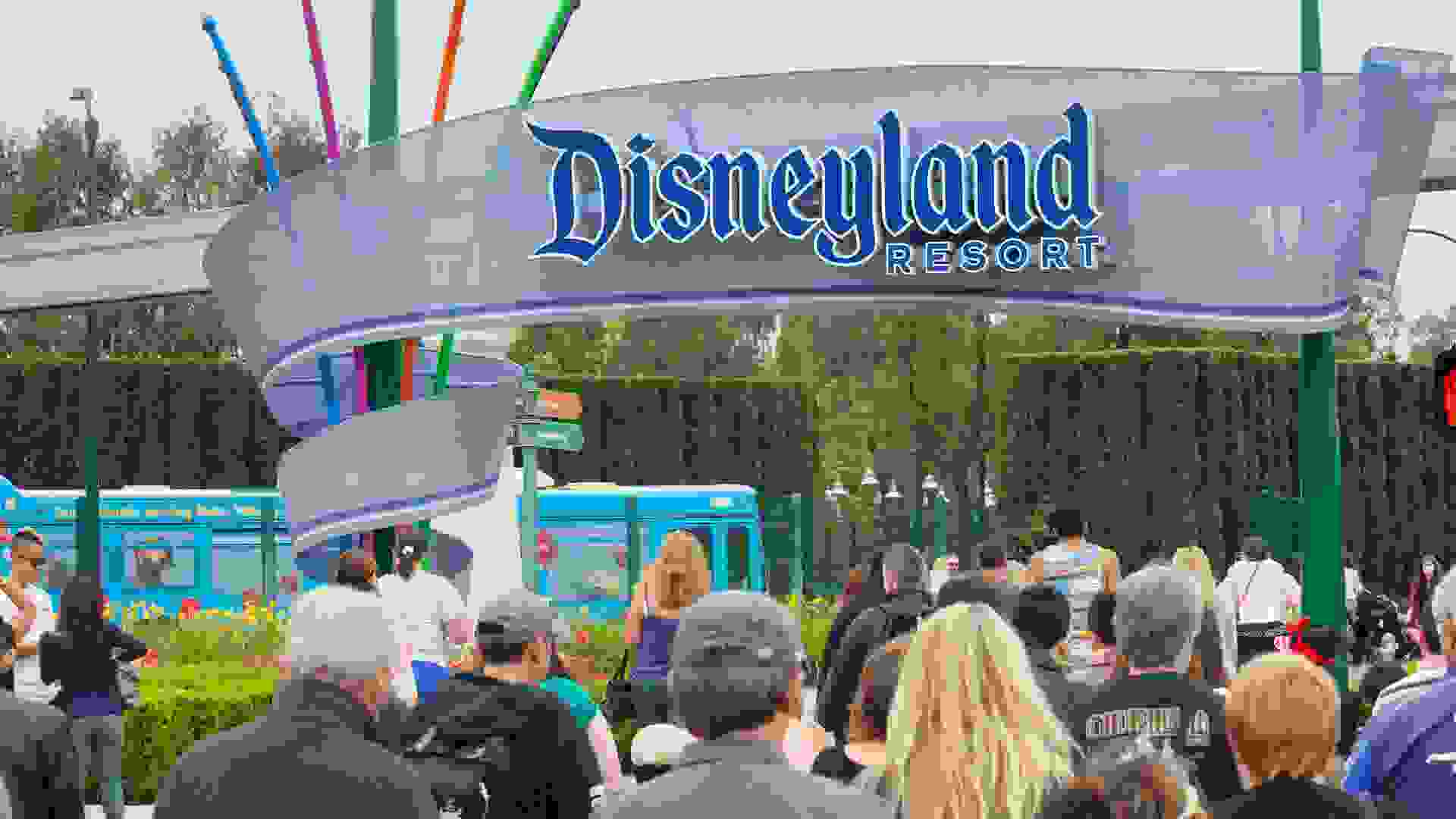 Operating all of Disney’s parks and resorts cost $14.015 billion in 2019, according to the company’s annual report. If the cost to operate was split evenly per park, that would amount to around $5.49 million per park per day. Operating costs for each park include employee pay, landscaping, ride maintenance, park cleaning and more.

Rising Costs: How Much It Cost to Go to Disney the Year You Were Born 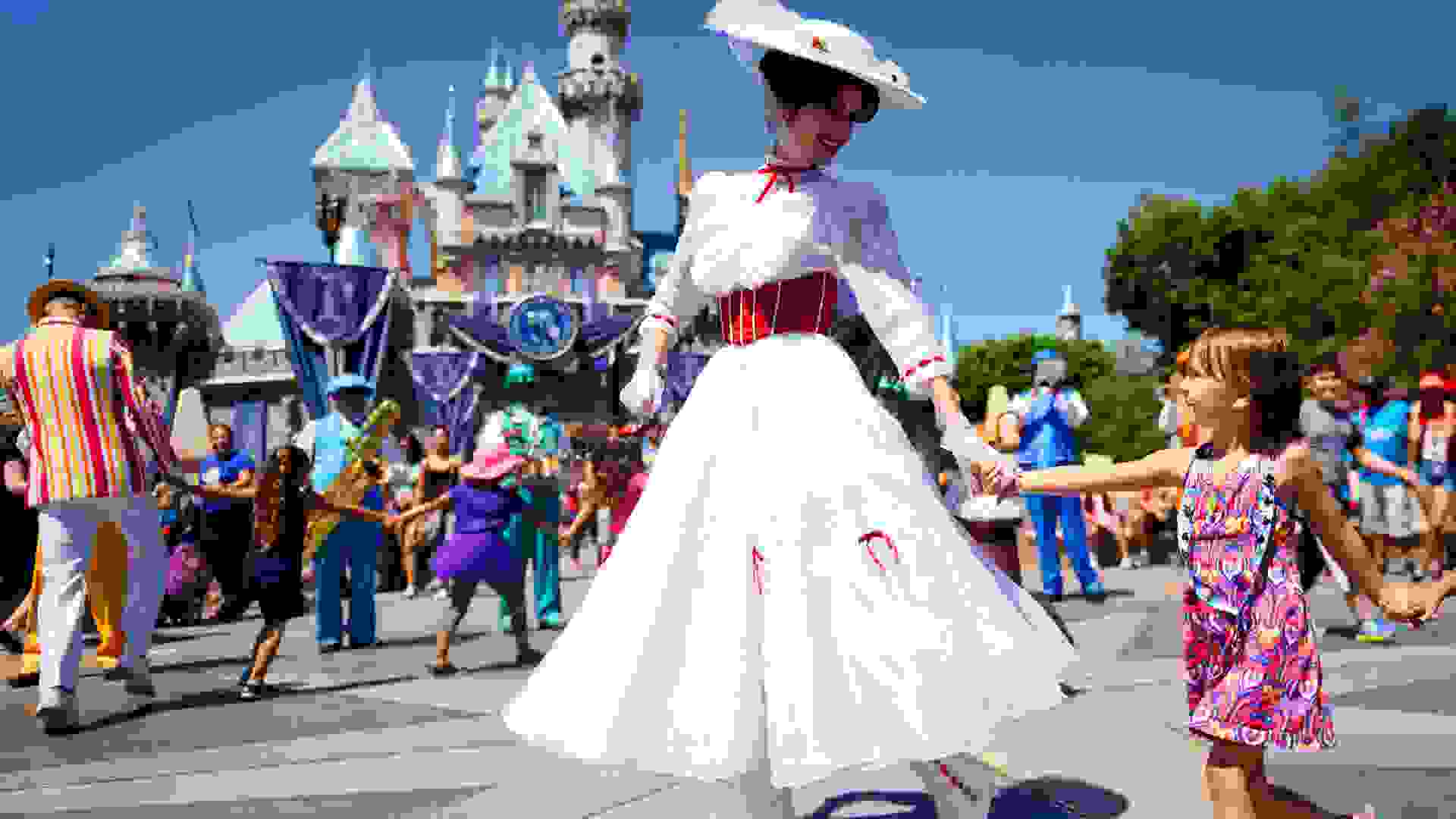 In late September, Disney said that it would lay off 28,000 furloughed workers in both its California and Florida parks, CBS reported. This could mean that the company, which employed a total of 223,000 people as of fall 2019 according to its annual report, now stands at under 200,000 employees. Some 23,000 of Disney’s workforce were “cast members“ — working at Disneyland alone, with about 3,000 to 6,000 working each day depending on seasonal need, according to Tom Nikl, author of DisneyDorkTom.com. Cast member jobs include attraction hosts and operators, cashiers, character performers, vacation planners, food service workers, guest relations workers, security officers, technicians, photographers, parade performers and parking attendants. Although they aren’t always making tons of money, it does cost to employ all those people. 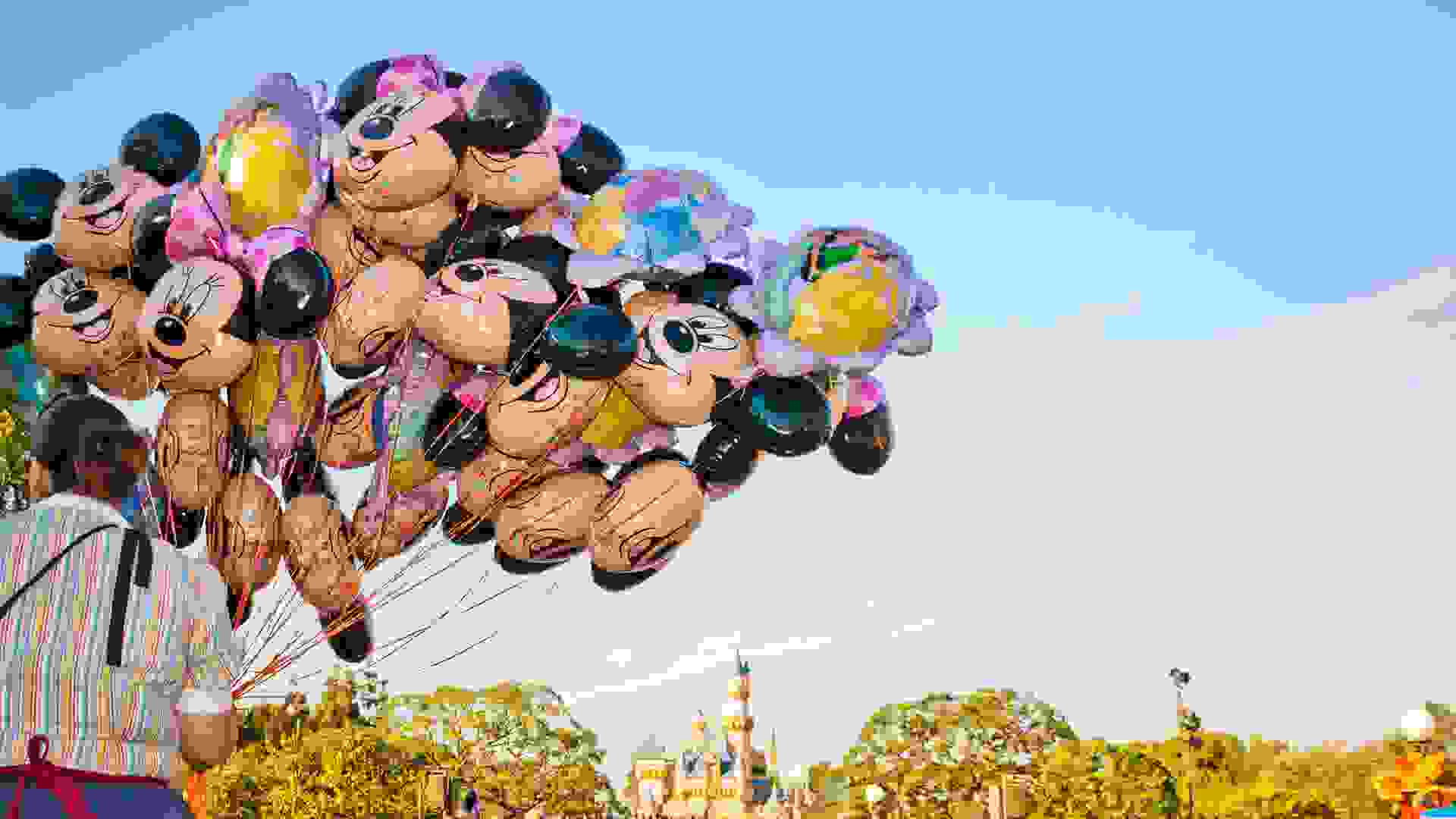 Operating labor costs for all seven of its parks exceeded $6.174 billion in 2019, according to the Disney report. Many cast members are paid hourly, clearing an average of $11 an hour according to Glassdoor — though in California, $15 became the starting minimum wage for Disneyland employees in 2019, and was due to bump up to $15.45 this past June when Disneyland was shut down.  Technicians earned double, reporting they making $30 per hour. Resort manager salaries at Disney Parks can range from $66,996 to $72,215, while the average salary for a Disneyland Resort mechanical engineer in California was $94,982. 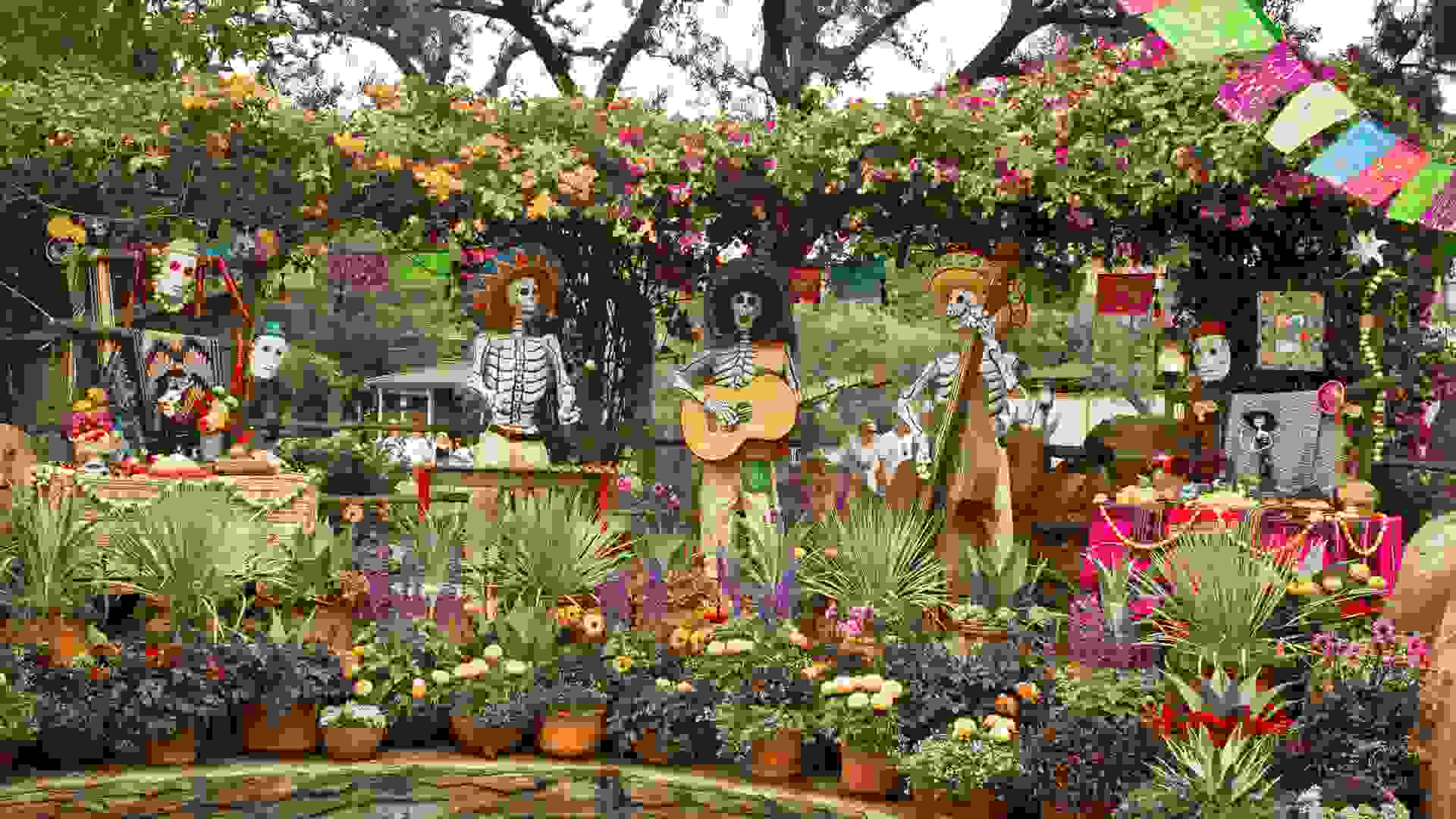 The Disneyland Resort sprawls across 510 acres of land in Anaheim, California. The hundreds of acres of property are landscaped by Disneyland’s horticulture team, which consists of around 200 cast members. These employees work in landscape design, installation and maintenance, arboriculture, landscape irrigation, landscape design, integrated pest management and project management, according to the Disney Parks blog.

Each acre always appears to be perfectly maintained to ensure those enjoying Disneyland vacations have a truly magical experience. But how much do all those stunning landscapes cost to maintain? 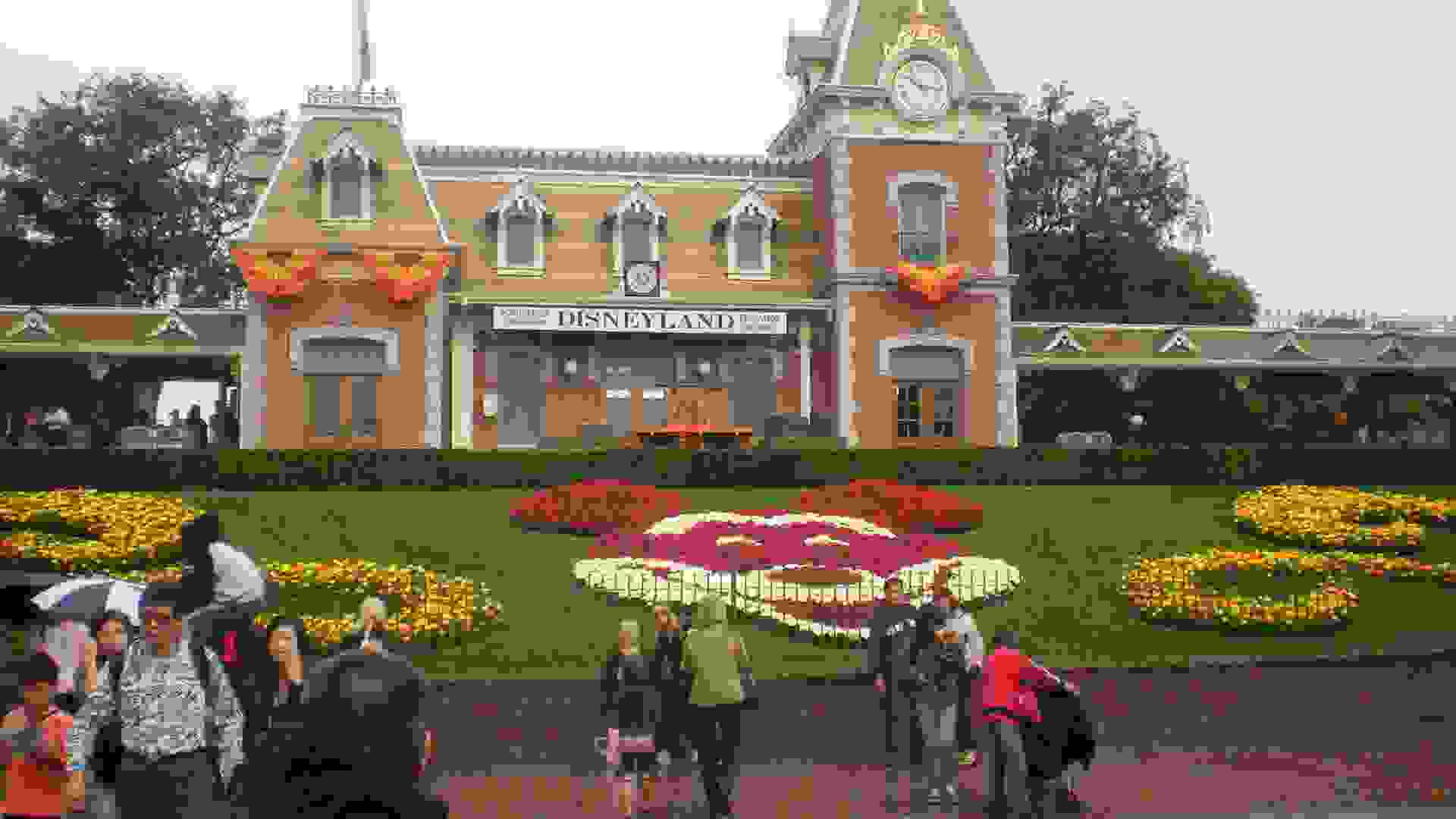 Based on the number of acres and Disney’s location, it costs around $1.69 million to maintain Disney’s landscaping, according to Homewyse’s Lawn Maintenance Calculator; although it’s likely a lot less due to the large parking lot and other areas that don’t need the same level of care. The horticulture team works every single day to make sure the flowers and landscapes look fresh, from the flowers in hanging pots along Main Street to the Mickey Mouse face made of flowers that greets guests as they enter the park. 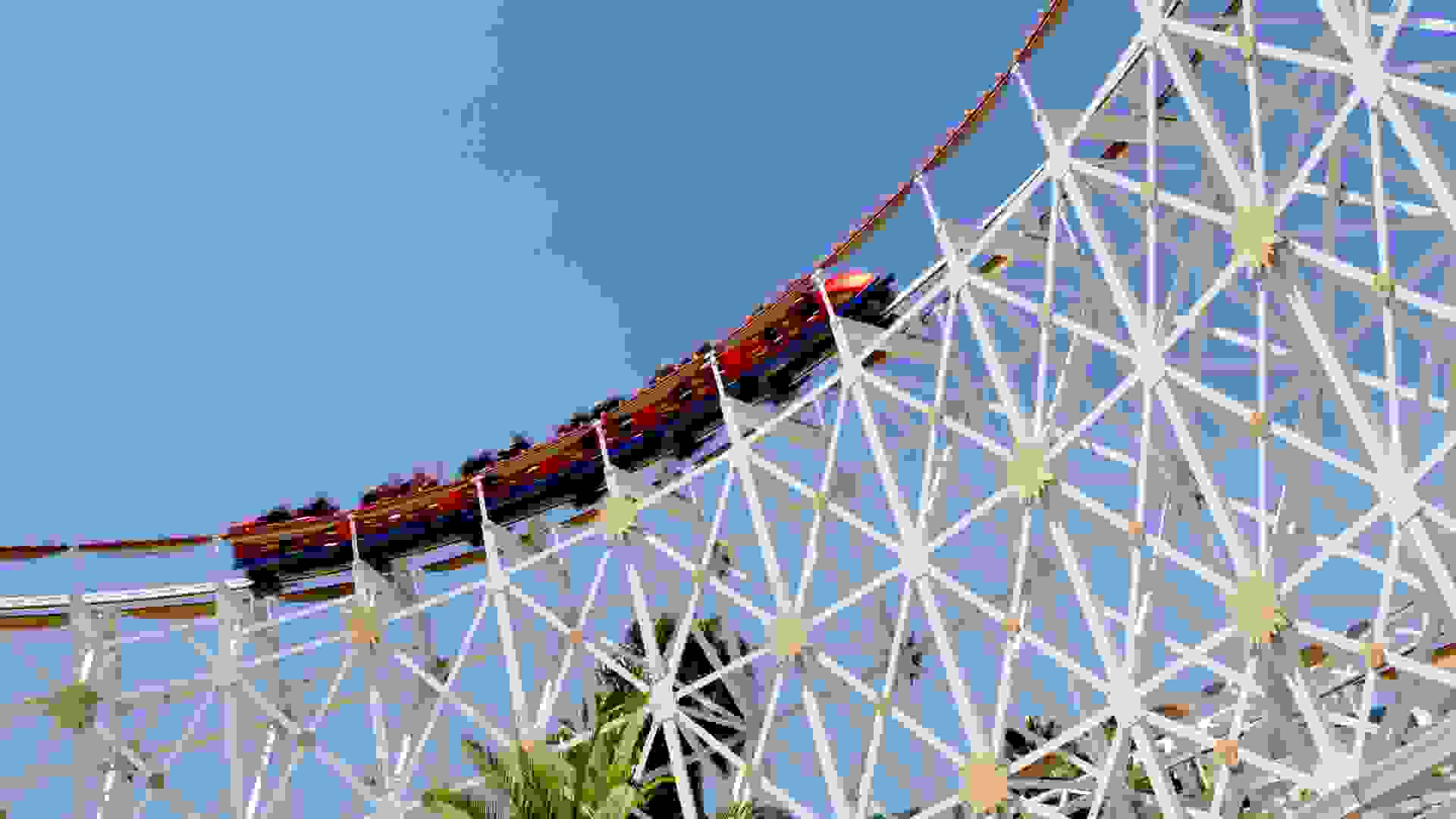 Disneyland has 55 rides and attractions, while California Adventure touts 37. There are 12 roller coasters between the two, including Space Mountain and Big Thunder Mountain Railroad, along with the Incredicoaster. Coasters are inspected daily, and the inspection process is extremely thorough and lengthy, according to the site Coaster101.

Before the ride is opened for the day, it must run through a certain number of cycles to ensure it’s working properly. In addition to the daily checks, roller coaster parts have to be repaired and replaced frequently. 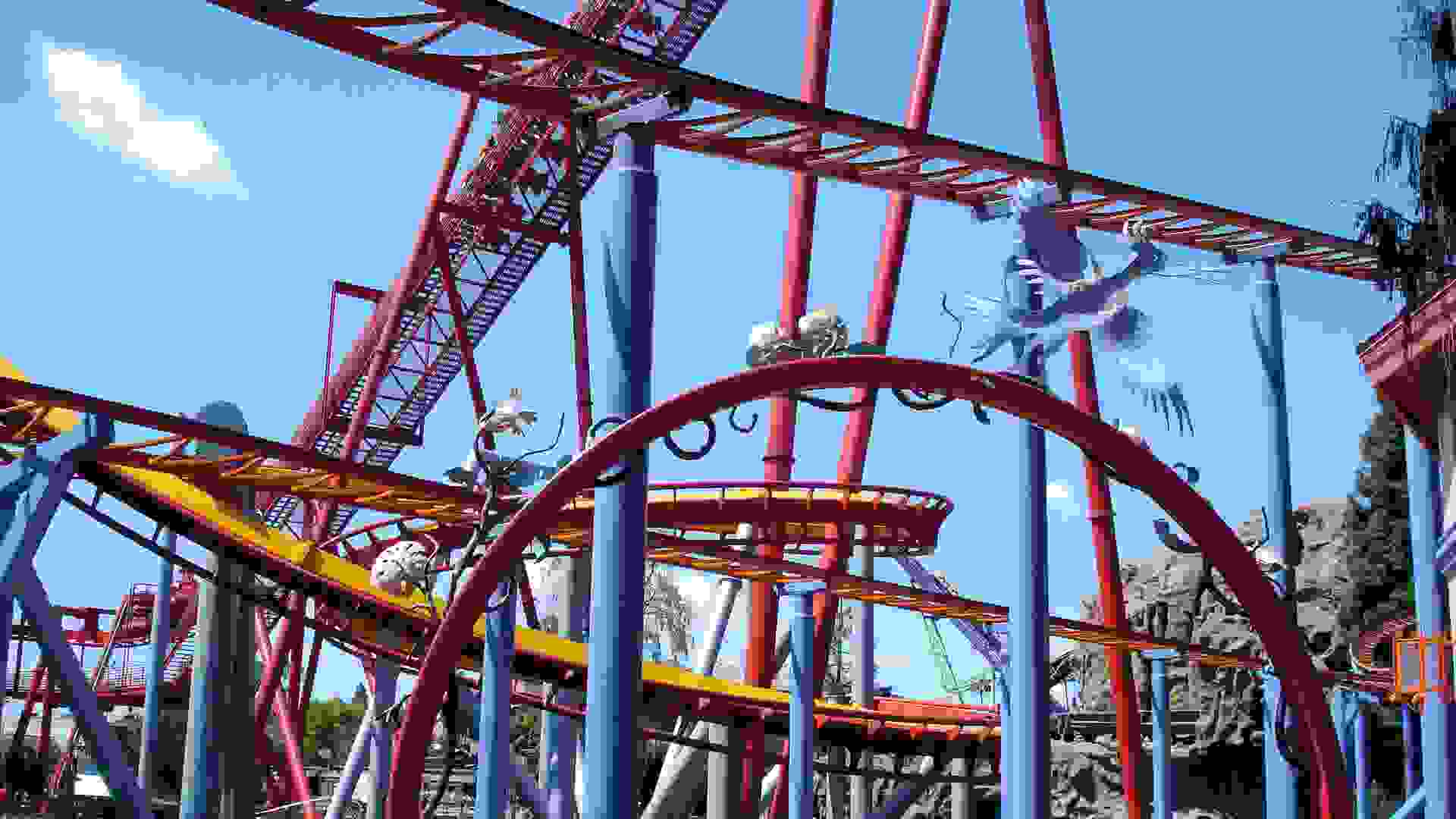 Roller coasters can cost over $20 million to build, according to Fast Company, and they continue incurring costs to keep them in good working order. The main expense is the personnel required to maintain the roller coasters, and the number of technicians involved per coaster depends on its size and complexity. The personnel required for a single coaster could include a mechanical technician, a carpenter, an electrical technician and a fiberglass specialist, according to Coaster101.

If there are four technicians per each Disneyland Resort coaster per day, that’s 48 employees working on these rides alone, and a technician at Disneyland earns about $30 per hour, according to Glassdoor. And that’s all before the other daily costs kick in, including grease, oil, brake fluids, cleaning supplies and electricity to run the coasters.

Unplug Your Appliances: These Appliances Suck Up the Most Power 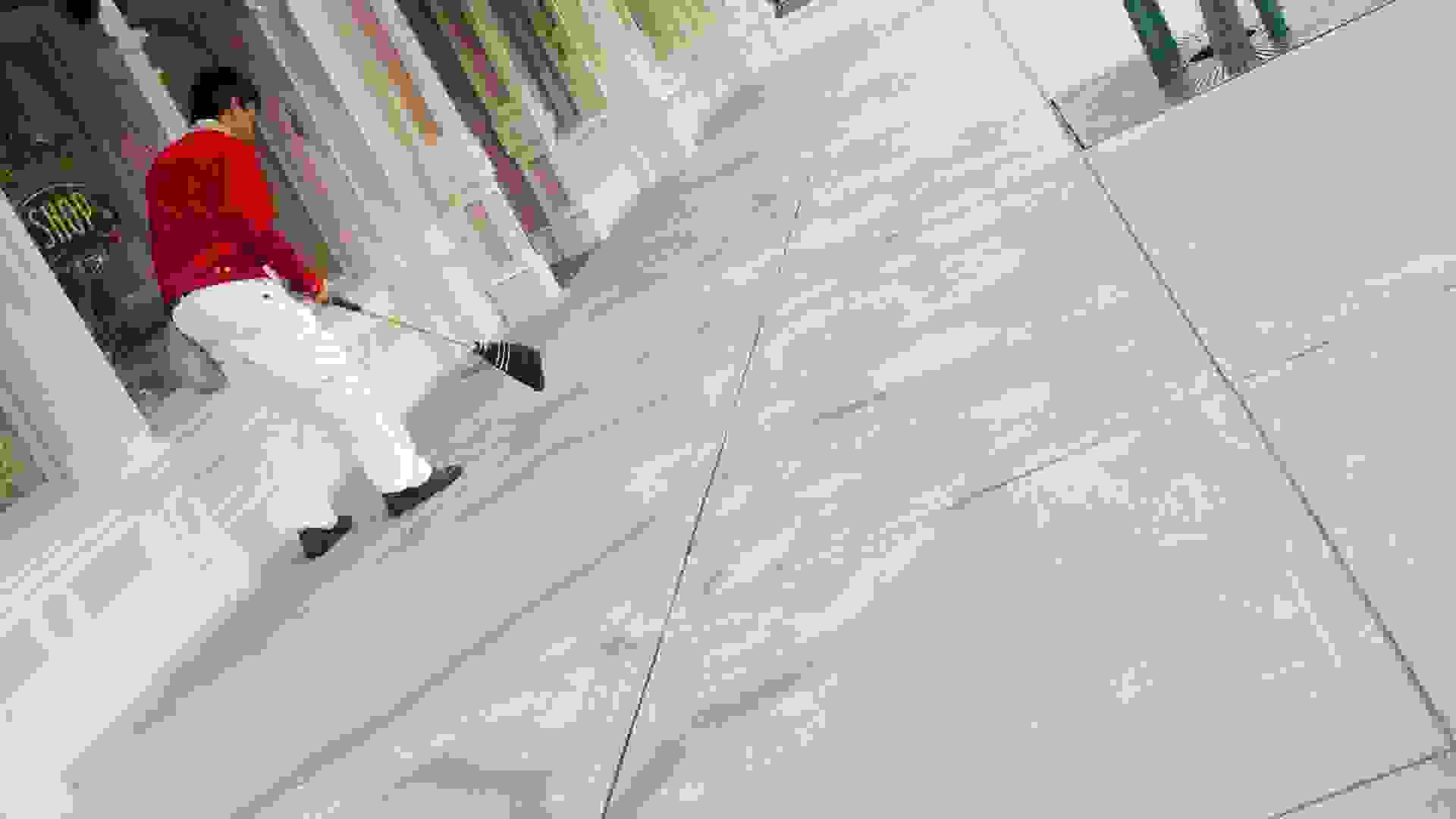 Keeping Disneyland clean is no small task. A crew of 600 custodians, painters, gardeners and decorators work overnight while the park is closed to make sure that everything is restored to pristine conditions, the Los Angeles Times reported. The night crew’s duties include plucking weeds, scraping chewing gum off sidewalks, repainting handrails where paint has chipped, repairing umbrellas that shade the outdoor dining tables and diving below the surface on water rides to pick up trash. 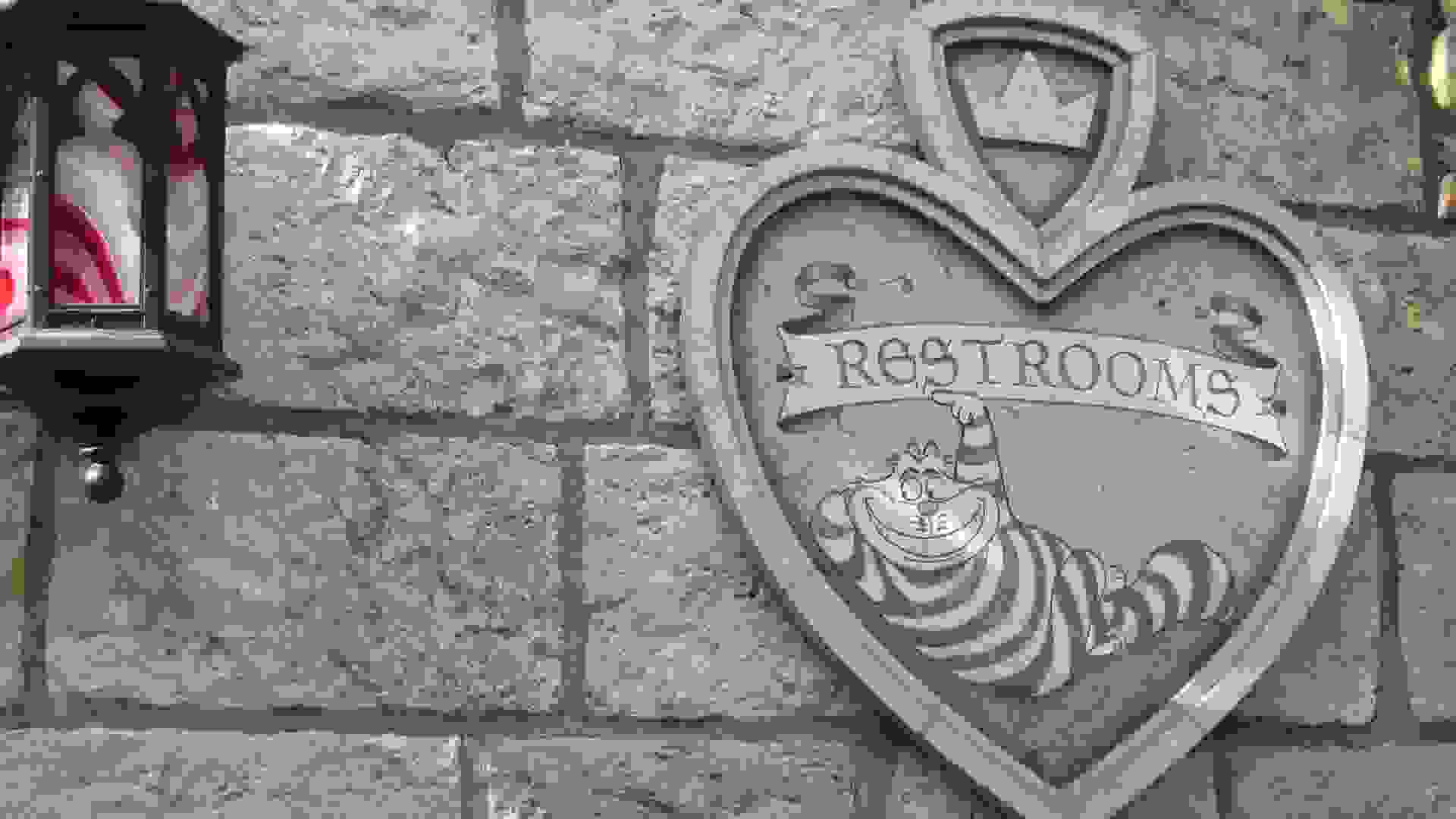 Disneyland spends most of its upkeep budget on the night shift, the Los Angeles Times reported. A Disneyland Resort custodial worker typically makes $14.12 per hour, according Indeed. Additional surprising costs related to cleaning include the costs of supplies: enough to clean all 41 of its restrooms. 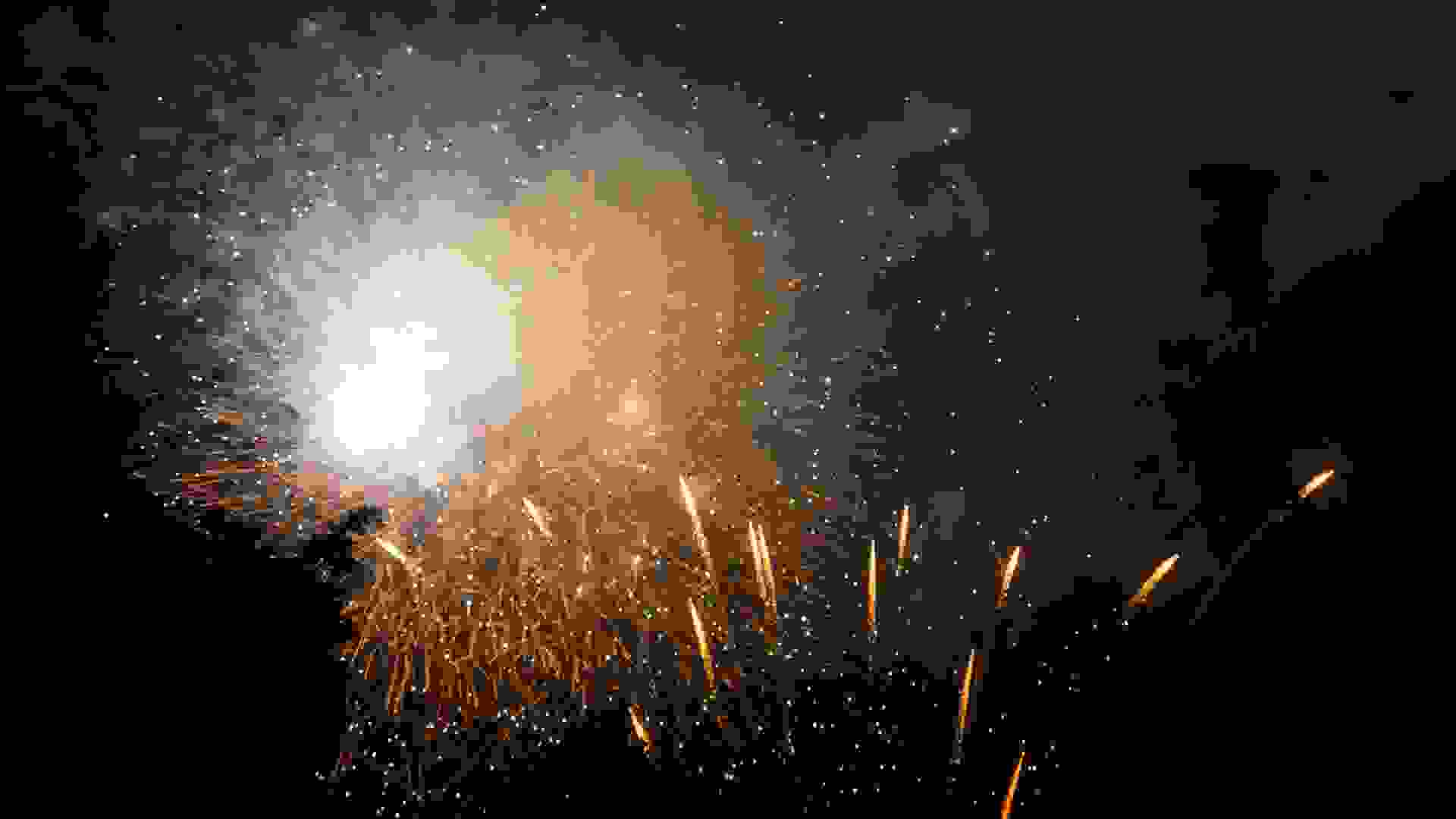 Disneyland puts on a 16-minute fireworks show nightly. The theme of the spectacle depends on the time of year and occasion, but one of its most famous shows is “Remember… Dreams Come True” — a tribute to timeless Disney stories and characters, including Tinker Bell. 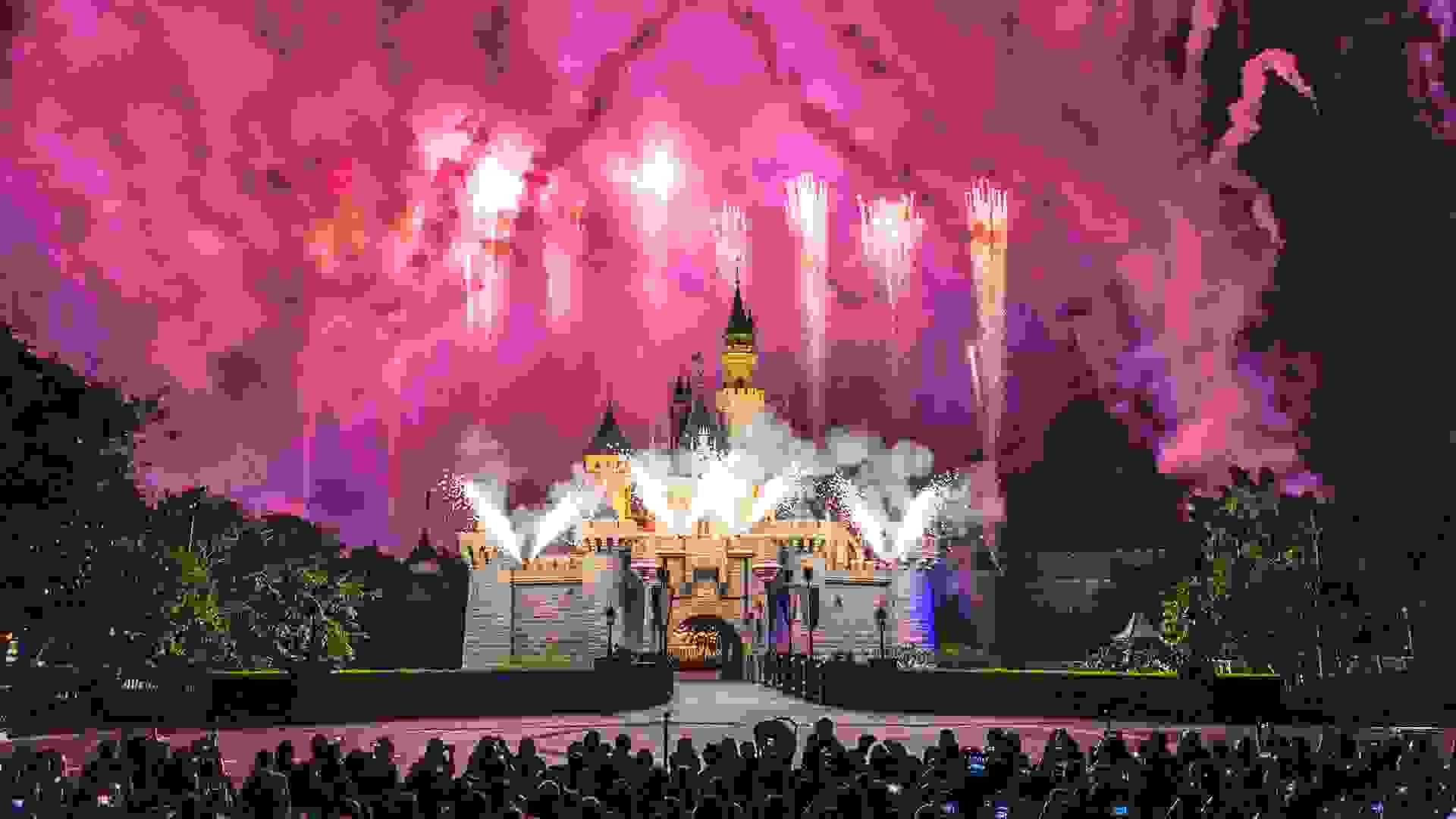 The fireworks show is one of the most memorable parts of a visit to Disneyland, but it costs the park a lot to put it on each night. The daily cost of the fireworks display is about $50,000, according to former Disney employee Ben Suarez.

Make Fireworks with Your Budget: Top 10 Most Exclusive Black Cards You Didn’t Know About 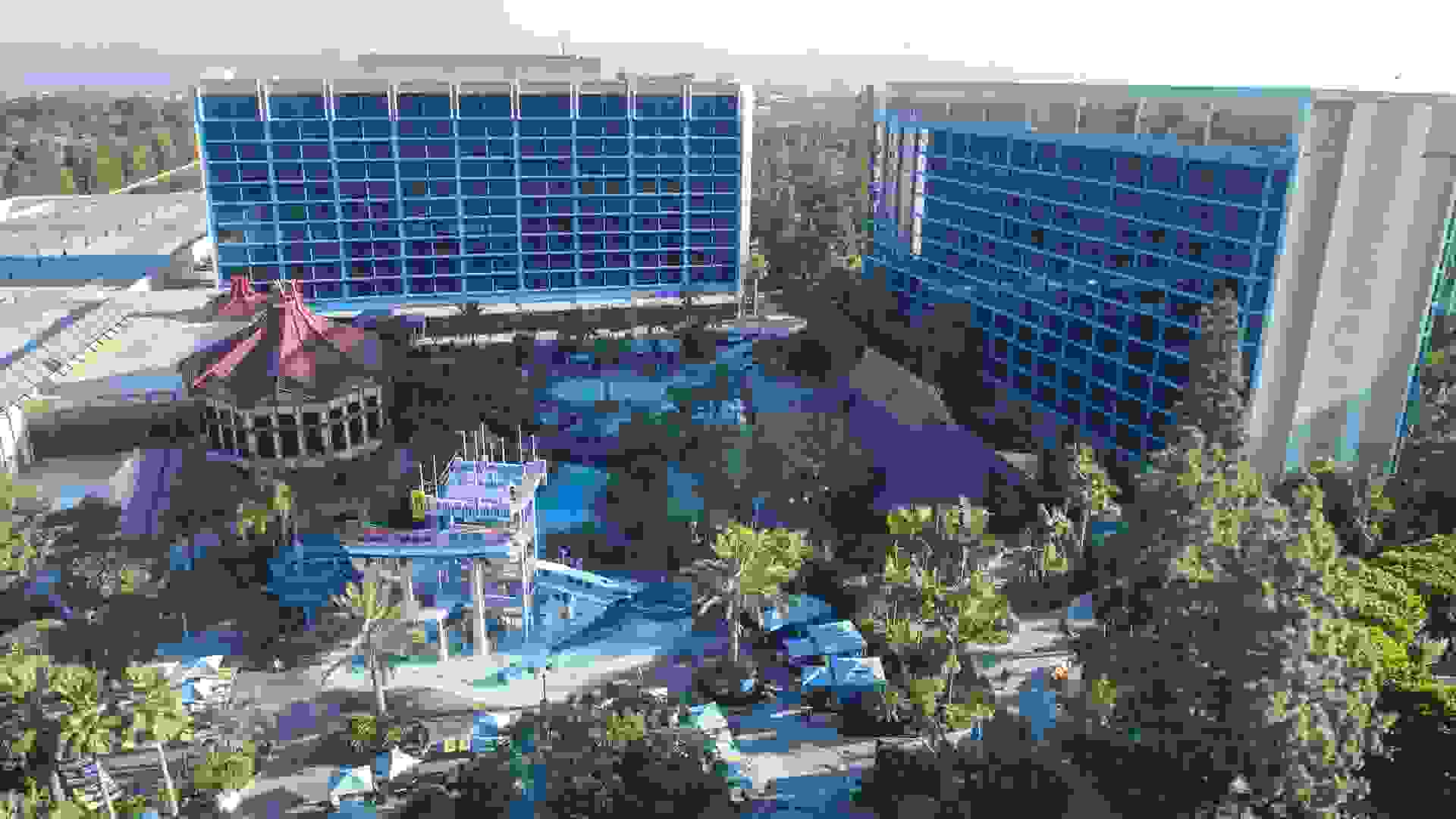 The Disneyland Resort is home to three hotels and vacation club facilities with approximately 2,400 rooms and 50 Disneyland vacation club units. The costs of operating a hotel include labor, cleaning supplies, amenities, laundry, utilities and refurbishments, as well as reservation fees, marketing royalties and commission paid to third parties. The costs to operate a hotel vary, but budget lodgings are much cheaper to run than world-class resorts. The three Disneyland hotels — Disney’s Grand Californian Hotel & Spa, Disneyland Hotel and Disney’s Paradise Pier Hotel — are all 3.5- to 4.5-star hotels, so their operating costs are likely on the higher end. 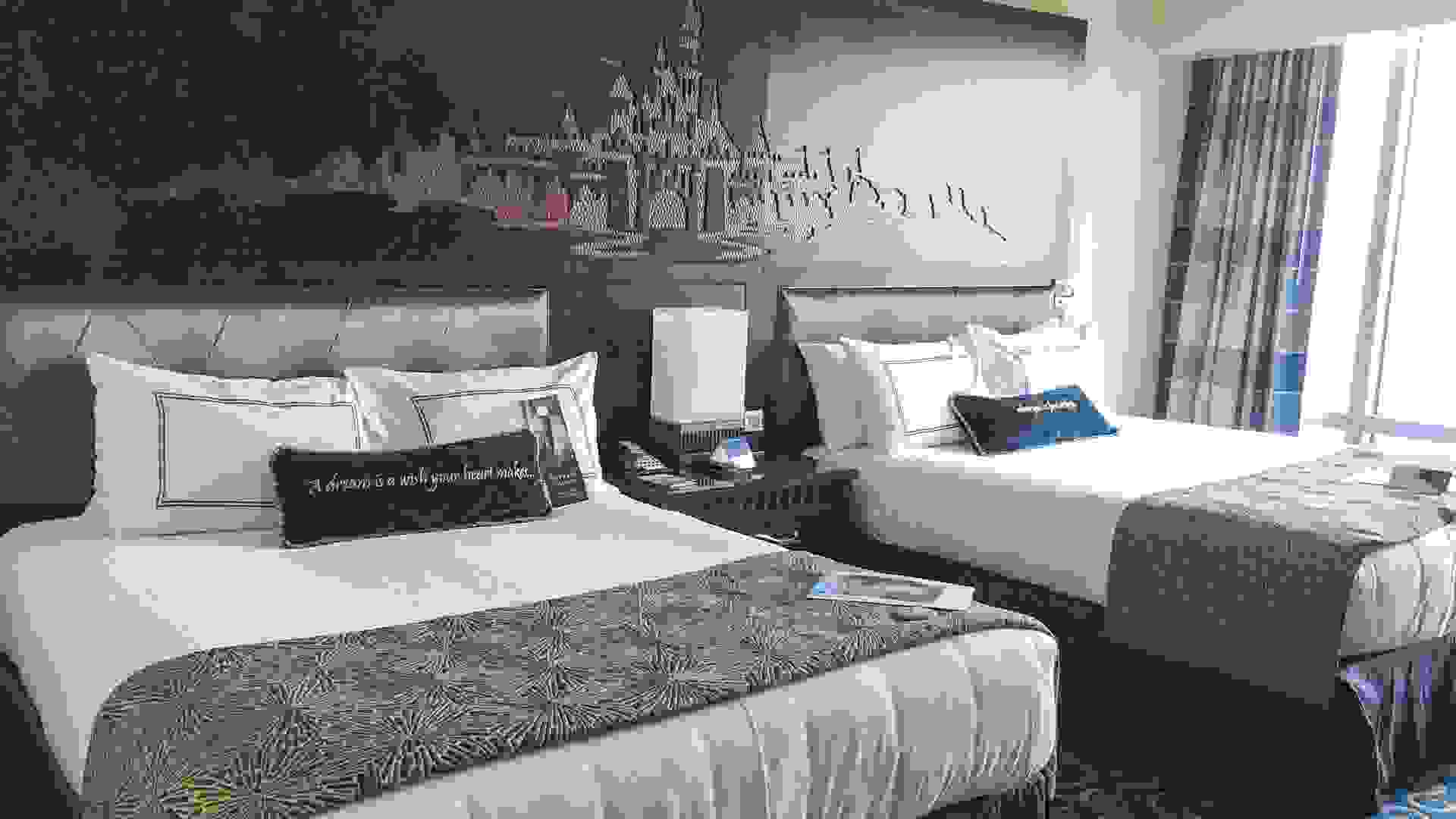 Want To See Them All?: Visiting Every Disney Park on Earth Would Cost This Much 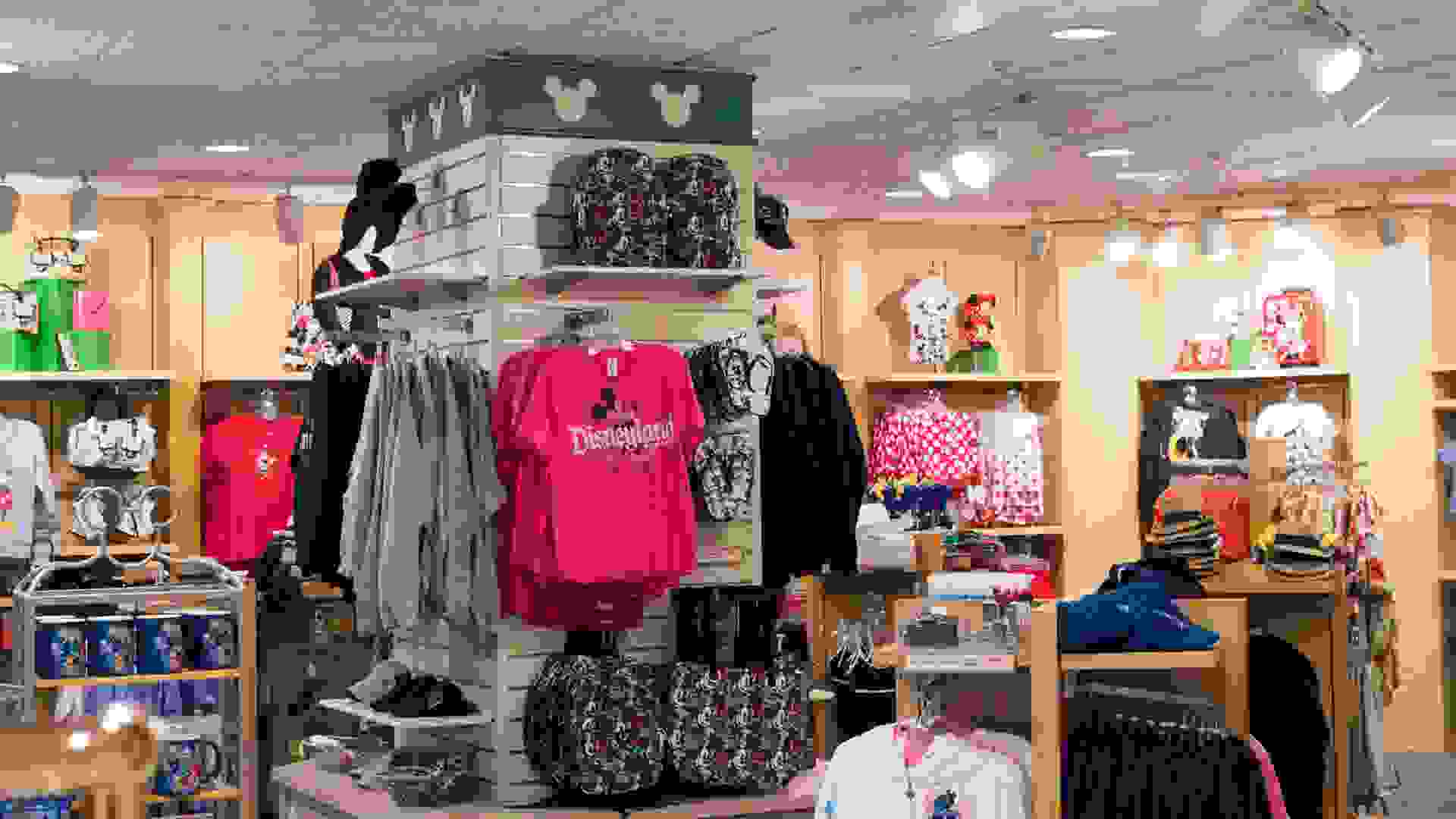 There are also a lot of material items needed to run Disneyland. These include costumes for the cast members, food and beverages for all the restaurants and dining carts, apparel and gifts to stock the carts and shops, and other costs such as utilities, water, flowers and other decorative items. Although Disney no doubt makes a large profit margin on food, beverage, apparel and gift sales, the company still has to pay to keep these items in stock. 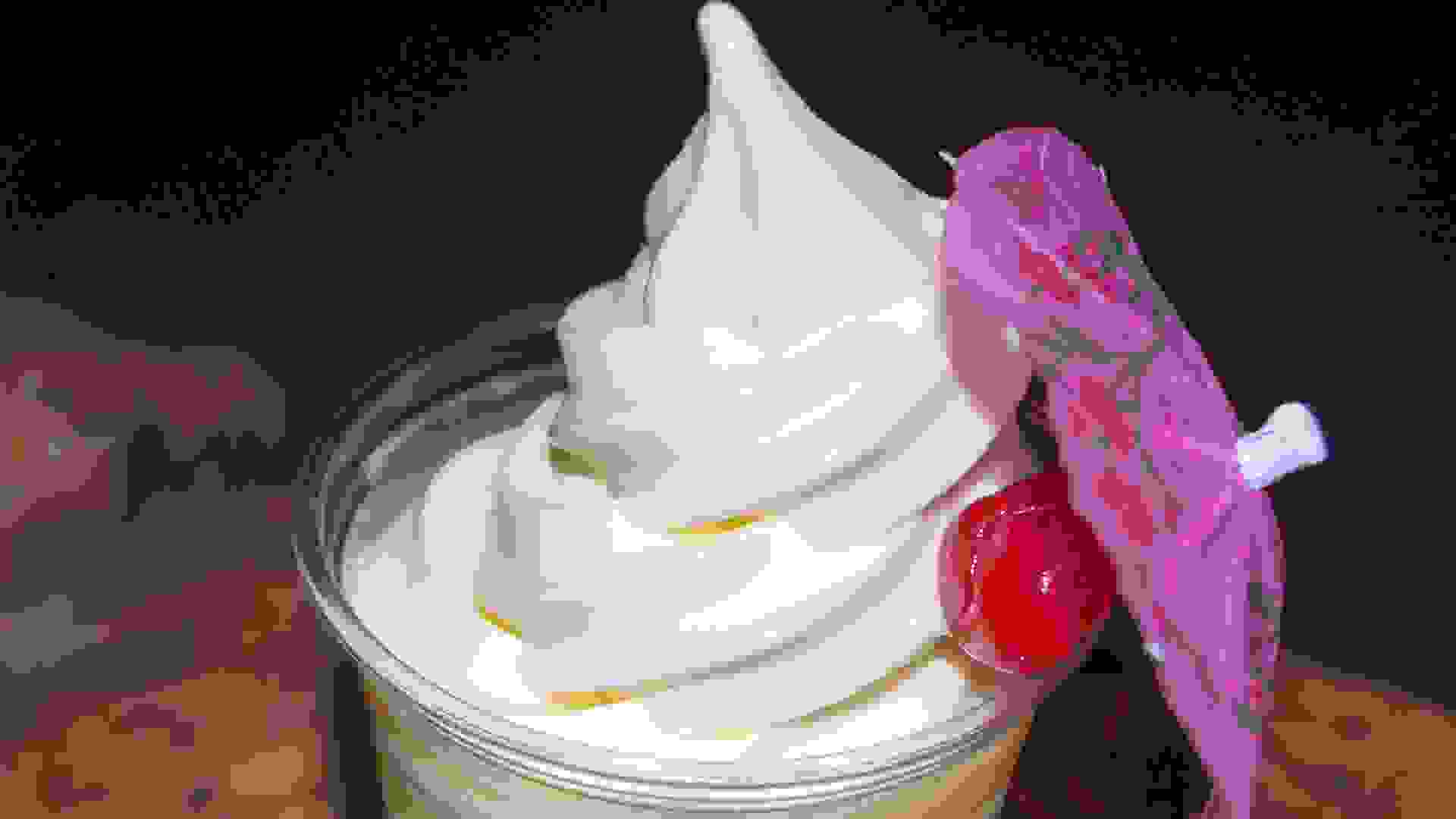 Disneyland likely spends about 5% to 8% of its daily operating costs to cover the costs of materials, according to business strategist Al Jones. If the daily operating cost for Disneyland is $5.48 million, that would mean about $356,200 goes toward buying materials such as Dole Whip ingredients and Mickey Mouse ear headbands.

Nicole Spector contributed to the reporting of this article. 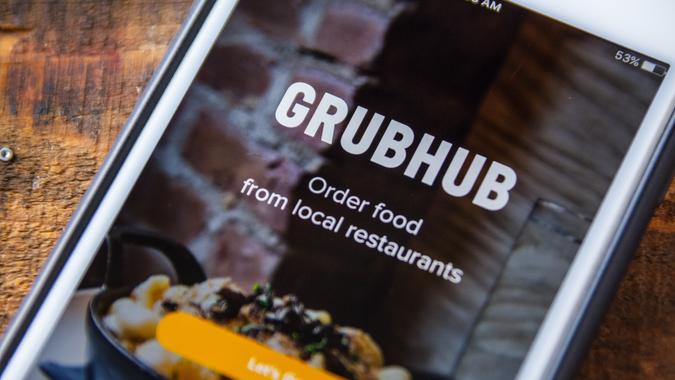 Grubhub, Postmates and the Biggest Startup Acquisitions of 2020

Coronavirus is driving companies to expand.