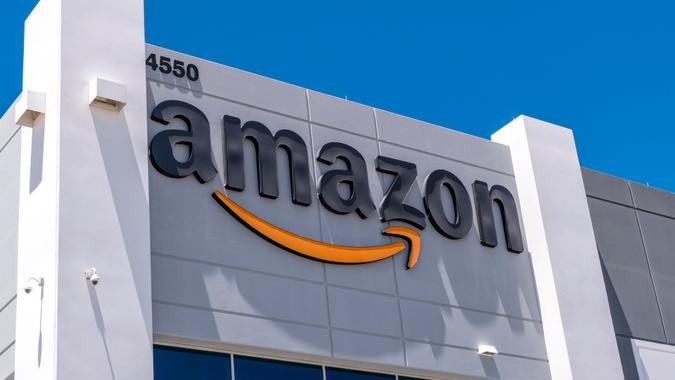 In the e-commerce industry, one of the most well-known names is Amazon. With its fast and convenient delivery, reliable customer service and perk-filled Amazon Prime membership, it’s an e-commerce giant to be reckoned with despite its humble beginnings as an online bookstore.

Many companies suffered — and continue to suffer — during the coronavirus pandemic, yet Amazon positioned itself as a lifeline for millions of consumers. As a result, it’s now valued well above $1 trillion in market capitalization, a milestone it reached for the first time in 2018.

Amazon recently split its stock 20 for 1, meaning that for every share an investor owned, they received 20 shares at a pro-rated price. As a result, Amazon no longer trades for thousands of dollars per share. With a 52-week low share price of $101.26 and a high of $188.11, both adjusted for the split, Amazon’s market capitalization has fluctuated over the last year. At its current share price of $136.25 on Aug. 1, the company’s market capitalization sits at $1.36 trillion.

Amazon is one of the few trillion-dollar companies in the world. In 2020, after a great earnings report, the company made a return to the $1 trillion club, joining the ranks of Apple, Microsoft, Alphabet — the parent company of Google — and, intermittently, Tesla. Amazon’s revenue in 2021 was $469.82 billion, up 21.7% from $386 billion in 2020 and increasing by orders of tens of billions yearly.

Amazon’s stock now sits at $136.25 per share, bringing the market cap to $1.36 trillion as of Aug. 1, 2022. The company has a high price-to-earnings ratio of $119.75. This is a reliable indicator of its current worth and the investor sentiment around Amazon, even if it’s too high for its current revenue and sales. Despite Amazon’s success, stocks with overly high valuations in the stock market should still be bought with caution.

In perspective, much of the stock market has had a high P/E ratio in the past few years, so this shouldn’t be a worry as its future outlook — a large factor in both institutional and retail stock investment — is very promising.

The most obvious is Amazon’s Prime membership, which is all-encompassing in addressing customer needs. From free, fast shipping, to Prime Entertainment, to the Amazon Prime credit card with 5% rewards, the Prime membership is a large contributor to the value. It feeds into itself, keeping customers hooked on both shopping with Amazon and paying the monthly or annual subscription for the 5% credit card rewards.

AWS is in the spotlight for its decisive market dominance. As of the third quarter of 2021, AWS had 33% of the cloud provider service market share, while Microsoft Azure had 22% and Google Cloud had 10%, according to The Register. What’s more, AWS’ lead has grown every year for the last several years.

Amazon’s revenue and worth grew during the pandemic as Amazon stepped up to the plate amid the increased online buying. The company’s net sales grew 9% in the fourth quarter of 2021 compared to the same quarter of 2020 and surged 22% for the year. To keep retail sales strong, Amazon pushed Prime Day forward to Q2, giving consumers a head start on holiday shopping. And the push continued, resulting in Amazon’s most successful Black Friday to Cyber Monday sale ever, in terms of both its own retail sales and those of its third-party sellers.

Due to its great success in emerging as a reliable top player in the pandemic, along with many other companies that came out on top, Amazon’s stock climbed higher. However, the outsize consumer demand that drove Amazon’s remarkable growth has tempered in 2022 with consumers’ return to stores and economic factors like inflation and the threat of recession.

Jeff Bezos walked away from his career as an investment banker to open Amazon, an online bookstore, out of his garage. He managed to expand beyond books by diversifying into other retail products including music CDs and electronics such as Kindle. He also introduced the Amazon Web Services — AWS — division, which has become the largest cloud-computing service in the market.

Andy Jassy, president and CEO of Amazon.com, took the helm in July 2021. He’s the founder of Amazon Web Services and served as its CEO for over five years before replacing Bezos as CEO of Amazon. As part of his compensation package, Jassy received 61,000 shares of Amazon stock, worth over $187 million at today’s price, vested over a 10-year period. That’s in addition to the 0.02% of Amazon stock he owned previously, CNBC reported.

Amazon noted in its second-quarter 2022 earnings report, released on July 28, that pandemic, exchange-rate fluctuations, changes in consumer demand and spending and labor and supply-chain constraints could have unpredictable effects on business. Amazon still managed to increase sales 7% compared to the same quarter last year, which it attributed to significant improvements in Prime. Amazon Web Services also contributed to growth with a 33% increase compared to last year.

A press release accompanying Amazon’s earnings reported pointed out some highlights of the last quarter:

Despite the strength in sales, Amazon experienced a $2 billion loss for the quarter. However, its results beat analysts’ expectations and, coupled with an optimistic forecast for the third quarter, drove shares up 11% in after-hours trading, according to CNN Business. Amazon expects net sales to increase 13% to 17% year over year in the third quarter.

Also telling is the fact that shortly after taking over as CEO, Jassy announced a global effort to hire 55,000 new employees for corporate and tech roles to keep up with demand in retail, cloud, advertising and other businesses. Then, just prior to the start of its job fair that began Sept. 15, the company announced it would actually hire 125,000 employees in the U.S. alone and offer perks like $3,000 sign-on bonuses in select locations and full college tuition for 750,000 operations employees.

As GOBankingRates reported on Feb. 8, Amazon is increasing its base pay to $350,000 for corporate and tech workers, according to an internal document verified by GeekWire. The increase is likely spurred by the high turnover Amazon experienced in 2020 and 2021 — a situation undoubtedly made worse by labor shortages resulting from the pandemic.

Amazon likely has a bright future as it continues to dominate online retail and cloud services, maintains a strong showing in online media, home automation and other products and services — and just as importantly, continues to make Amazon a better place to work.

Despite some bumps due primarily to the post-pandemic economy, Amazon could be a solid long-term investment. Among 47 analysts weighing in on Yahoo Finance, 43 rate Amazon a “buy” or “strong buy.” The average price target for the next year is $169.37 in a range of $104.00 to $232.75. At a current share price of $136.25, the stock has very solid potential.