Costco’s austere warehouses don’t offer much in terms of eye candy, but inside you’ll find an emporium capable of satisfying most of your needs. Whether it’s groceries, clothes or freakishly large teddy bears, Costco’s myriad goods and membership model have proven resilient in an era of retail titans. Here are some figures that help break down Costco’s success and ongoing market activities.

Click to read about why a Costco membership is more valuable than ever.

A company’s overall stock value determines its market capitalization. Although Costco experiences more volatility than Target, for example, its net worth is situated comfortably near its market cap high, indicating a strong market presence, which might mean investors are also comfortable buying more stock.

Even though market cap gives you a clear sense of what the market values a company at, it’s based entirely on market sentiment, which, in turn, is based on a multitude of consumer variables and market players.

The GOBankingRates Evaluation calculates a company’s net worth using only full-year profits and revenue from the last three years and the company’s assets and liabilities.

Based solely on Costco’s revenue and profits from the last three years, Costco’s net worth is over $80 billion.

Costco’s more than 90 million cardholders pay $60 a year for access to the retailer’s selections and free samples. In the first three months in 2018, membership revenue alone brought in $716 million. Investors should also note Costco has consistently paid out dividends to shareholders since 2004, with those dividends growing in amount every year.

Savings for Members Only: 20 Deals You Can Only Get at Costco

Costco started out as Price Club, with its first location being staged in a converted aircraft hangar in 1976. The company initially only served small businesses but realized it could increase profits by including in select customers in its consumer profile, resulting in the membership model familiar to shoppers today. Jim Senegal, an executive vice president of merchandising and marketing at Price Club, co-founded Costco Wholesale in 1983, and in 1993, Price Club and Costco Wholesale merged into one.

Costco operates 750 warehouses worldwide, with more than 500 located in the U.S., as of 2018. It attracts its fair share of investors, but the most famous is likely Warren Buffett, whose Berkshire Hathaway company owns more than 4,300,000 company shares as of May 2018.

Which Retailer Stock Is Right for You? Walmart vs. Costco

Click to find out which 15 items are always cheaper at Costco. 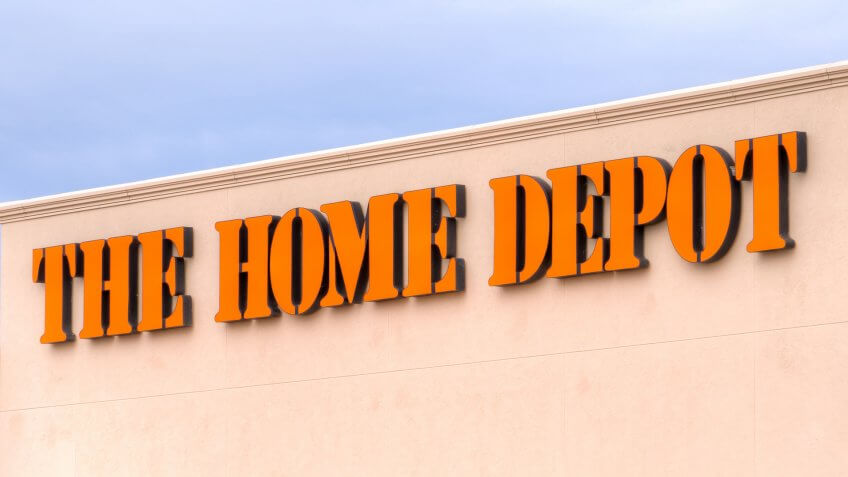 How Much Is Home Depot Worth?

GOBankingRates > Money > Business > How Much Is Costco Worth?