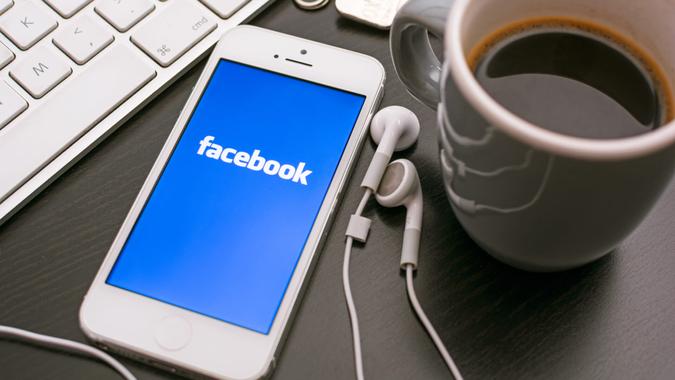 Facebook (Nasdaq: FB) is the world’s largest, and arguably most influential, social media platform, with more than 2.8 billion monthly active users as of July 2021, including more than 195 million in the U.S. and Canada alone. Whether you use Facebook to stay in touch with friends or to build a brand, it’s hard to deny its ubiquity and reach.

Of course, these steps were in and of themselves controversial, particularly for shareholders, who want the company to maximize its profits. By reducing the number of people that interact with the platform, there could be a ripple effect that ultimately leads to reduced earnings for Facebook.

Another looming issue for Facebook is its privacy battle with Apple, coupled with the societal trend towards more consumer choice regarding third-party information dissemination. New changes in Apple’s operating system will make it harder for Facebook to personalize its advertising, resulting in a drag on the company’s revenues and earnings.

Facebook’s initial public offering got off to a rocky start, as the stock plummeted 50% in the first few months and took a full year to get back to its IPO price of $38. After improving its business model through better user experience, however, the company has since been on the rise, averaging returns of over 20% per year over the last five years. Share prices in 2021 have ranged from a low of $251.36 on January 11 to $374.54 on July 28.

Facebook beat earnings expectations for 2021 Q2 but warned of a potential slow down in earnings due to antitrust issues with the FTC and its continued tensions with Apple over new privacy implementations which allow iOS users to have more control over what apps can track them. Nevertheless, Facebook’s revenue was up 56% from the second quarter of 2020 and 48% from the previous quarter due to an increase in advertising and higher ad prices. The company also managed to nearly double profits despite regulatory and privacy-based challenges.

Based on current share prices, Facebook’s market cap is $1.21 trillion. The company joins a small club of tech companies — Apple, Microsoft, Amazon and Alphabet — with a trillion-dollar market cap.

Market cap is often used by investors to quickly value a company. However, it has its drawbacks since it does not look at a company’s financials and the value can fluctuate throughout the day as share price changes. Market capitalization can be calculated by multiplying the share price by the number of outstanding shares. Facebook has 2.38 billion shares outstanding.

Different from market capitalization, net worth is more concrete and not affected by fluctuating stock prices. To find a company’s net worth, look at its financials including the profit and loss as well as balance sheet statements, which are publicly available through the company website or investment news sites. Shareholders’ equity, one of the last lines on a balance sheet, reveals a company’s net worth after assets and liabilities are taken into account. Facebook net worth as of 2021 Q2 is $138.227 billion.

Zuckerberg continues as the CEO, with a net worth of $130 billion.  Saverin renounced his U.S. citizenship and moved to Singapore where he heads a venture capital firm responsible for raising capital for companies such as Bird Scooters. Moskovitz went on to start Asana (ASAN), the work organization platform with a market cap of $13.8 billion. Chris Hughes stays out of the spotlight, with little information available about his current projects.

As mentioned in the Q2 earnings call, Facebook had its best quarter to date but warns it may have some upcoming revenue challenges due to Apple’s new iOS 14.5 privacy settings. However, some analysts believe the stock is undervalued and the majority call out Facebook as a strong buy. Target estimates place FB’s stock price at $386.47 over the next year although Morningstar upped its target to $407 based on Q2 earnings.

Based on the information from analysts, Facebook net worth and current earnings, the company looks like it’s worth the money at its current price. However, as with all investments, doing your own due diligence by researching a company is essential.

Cynthia Bowman and John Csiszar contributed to the reporting for this article.

Mark Zuckerberg’s net worth is accurate as of Aug. 5, 2021, according to Forbes’ The World’s Billionaires 2020 list’s real-time data.