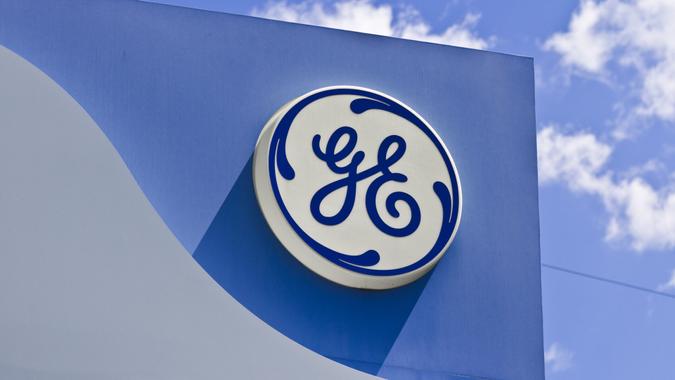 Energy conglomerate General Electric (NYSE: GE) has shaken things up a bit in recent years, such as when it suddenly removed CEO John Flannery from his position on Oct. 1, 2018. The change sent GE stock surging more than 13%, putting the company on track for its biggest single-day gain since March 2009, according to MarketWatch — a welcome sight after years of profit loss and competition from renewable resources.

The next couple of years saw an overall downward trend, when two years of negative profits dragged down the stock, but things began looking up. By late 2020 GE was outperforming the S&P 500 Index and had strong institutional support, Investor’s Business Daily reported, perhaps because of the 1-for-8 reverse stock split the company implemented in late July 2021, which pushed share prices up.

The stock has faltered since then, struggling to break $100 and currently sitting below $90. Is this a buying opportunity, or do shares have further to fall before GE retains its footing?

Here are some numbers to help you figure out whether you should put your faith in one of the largest industrial companies in the U.S.

Although market cap can give you a sense of how much the market values a company, you should keep in mind that it’s based entirely on market sentiment — essentially reflecting the frequently changing opinions of investors. The GOBankingRates Evaluation, on the other hand, calculates a company’s net worth based on measurable figures like assets and revenue. It’s a more conservative valuation than the market value, taking into account full-year profits and revenue from the last three years, as well as the company’s assets and debts.

Based on GE’s revenue and profits from the last three years, the company is worth over $71.524 billion.

GE installed Larry Culp as its new CEO after Flannery’s ouster. Having previously served as industrial manufacturing company Danaher’s CEO, Culp was the first outsider to helm GE in its more than 120 years of operation.

Culp, 58, was tasked with accelerating the company’s plan to streamline, which Flannery was criticized for handling too slowly, reported Bloomberg. Culp is credited with successfully expanding Danaher, a global science and technology company, over the course of 14 years. Over 90% of the transactions Culp handled during that time were company takeovers, according to Bloomberg.

In May, GE shareholders rejected a pay plan for Culp that would have earned him as much as $230 million in 2020 while lowering his performance metrics, CFO Magazine reported. His $73 million compensation package for 2020 was one of the highest among CEOs of publicly traded companies.

GE released its fourth-quarter 2021 and year-end earnings before the markets opened on Jan. 25. Profits fell, as did quarterly revenue, due primarily to supply-chain issues. The healthcare unit, where revenue dropped 4% for the quarter and 2% for the year, was especially hard hit. The energy unit also struggled, with uncertainty around the U.S. wind production tax credit impacting the top line, Culp said in a press release announcing the earnings. Renewable energy and power orders were down 23% and revenues dropped 6% and 13%, respectively. Aviation, on the other hand, had a 22% increase in orders and a 4% increase in revenue.

Looking ahead, Culp said, “We’re seeing real momentum and opportunities for sustainable profitable growth from near-term improvements in GE’s businesses, especially as Aviation recovers and our end markets strengthen.” In addition, Culp said the company’s dramatic debt reduction will allow it to deliver as much as $6.5 billion in free cash flow this year and more than 7% next.

GE reported progress with its transition into three separate companies:

Should You Invest In GE Stock?

Although things are improving for GE, the company still has ways to go before it completely restores the faith of its investors. The first-quarter 2022 earnings report will help if it shows momentum in GE’s return to profitability. In the meantime, most analysts are recommending to either buy or hold on to GE stock, so perhaps the optimism is contagious.