Fast food giant McDonald’s, which has a market cap over $100 billion, announced a $6 billion nationwide makeover in mid-August 2018. Banking on tech upgrades like more digital kiosks for ordering, digital menu boards and designated parking for mobile app users, the company is also planning exterior design updates as part of the makeover for its 14,000 U.S. restaurants. Whether consumers will embrace the updates of the aging icon remains to be seen, but McDonald’s franchise owners will have to eat part of the makeover costs in the meantime.

Click to read about how your favorite brands reinvented themselves and made big money.

Franchise owners are responsible for 75 percent of the cost of refurbishments, reported CBS MoneyWatch, with McDonald’s footing the rest of the bill. That means that an older location in need of a complete remodel to meet McDonald’s new rules for franchise owners could face costs of nearly a million dollars per location. Newer restaurants might need a few hundred thousand per location to meet the update requirements, according to CBS.

Despite increasing competition in recent years — with everyone from Taco Bell to Starbucks getting in on the fast food breakfast action — McDonald’s has proven to be a relatively lucrative investment. If you had invested $1,000 in McDonald’s 10 years ago, that would be worth $3,400 in 2018, according to CNBC.

Check Out: What $1,000 in Stocks Invested 10 Years Ago Would Be Worth Today

In trying to keep a competitive edge and target a younger, digital-oriented audience, McDonald’s is investing more than its past year’s profits into this overhaul.

Market caps represent the aggregate value of a company’s stocks. You can determine how investors assess a company based on the dollar amount at which its stocks are trading. The McDonald’s market cap range might reflect its currently strong consumer value as a premier, long-standing fast food chain. Chief Executive Steve Easterbrook has helped the company improve its performance in recent years with new offerings like all-day breakfast and its McDelivery service partnership with Uber, according to CBS.

Although market cap gives you a clear sense of what the market values a company at, it is subject to change from prospective and current investors’ activity, resulting in hour-by-hour differences. The GOBankingRates Evaluation of company net worth, however, is a calculation based on figures like assets and revenue. It’s a more conservative valuation that accounts for only full-year profits and revenue from the last three years and the company’s assets and debts.

Based on McDonald’s revenue and profits from the last three years, McDonald’s net worth is just over $32 billion.

More on McDonald’s: McDonald’s to Expand Tuition Benefits for Employees

How the $6 Billion McDonald’s Makeover Will Be Split Across the U.S.

McDonald’s franchisees who can’t afford the makeover might face tough choices such as taking on debt or selling their franchises, reported CBS. The remodels should be complete within the next two years, according to McDonald’s.

Here’s how the franchise remodel costs are estimated for McDonald’s locations across the U.S.:

Click to see 10 stocks that could be the next Apple or Amazon. 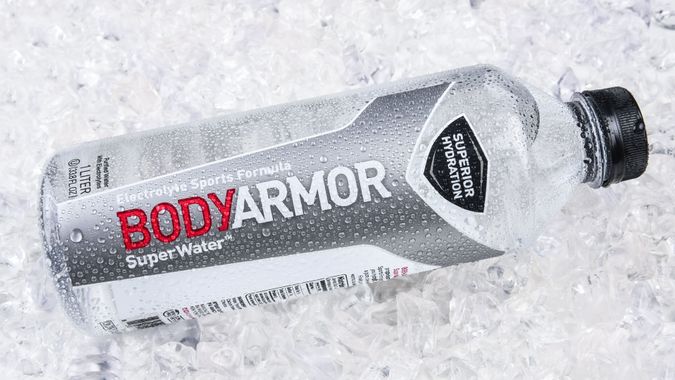