How Much Is Netflix Worth? 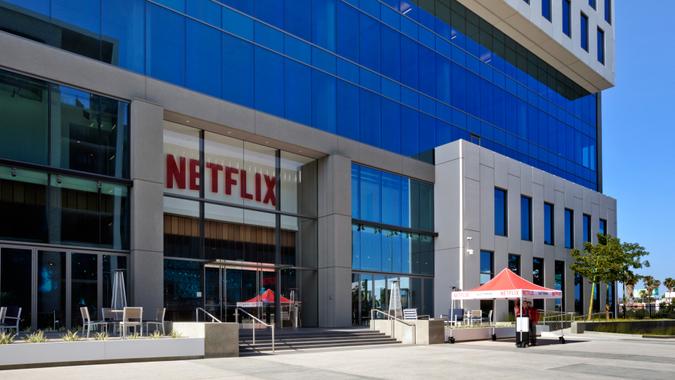 Netflix struggled to gain subscribers in the second half of 2021. News of slowing growth caused Netflix’s stock to plummet over 20% after hours following its Jan. 20 earnings release even though fourth-quarter 2021 earnings beat analysts’ estimates and profits met expectations, CNBC reported. The streaming entertainment company added 8.28 million new subscribers, slightly more than analysts had forecast and nearly double the 4.4 million new subscribers who signed up in the third quarter of 2021.

The latest earnings report shows that Netflix increased revenue by 16% and increased average paid memberships by 9% compared to the fourth quarter of 2020. The average revenue per member rose 7% compared to 5% in Q4 2020.

How Much Is Netflix Worth Now?

Market capitalization is based on a company’s share price and the number of shares available, and it’s one way investors measure a company’s worth. To calculate Netflix’s worth, multiply the current price of the stock by the total number of outstanding shares. As stock prices fluctuate throughout the day, so does a company’s market capitalization. Share-price ranges are helpful to give you an idea of a company’s highs and lows for a desired period of time.

How To Calculate Netflix’s Net Worth

To calculate net worth, subtract liabilities from assets. You’ll find this information in the company’s financial reports, typically released annually and quarterly. Take a look at key figures from Netflix’s most recent shareholder report, released on Jan. 20. By this measure, Netflix’s net worth is approximately $15.85 billion.

The popular story is that Netflix started when Hastings was hit with a $40 late fee on an “Apollo 13” video rental. However, the story isn’t entirely true, since Netflix initially charged late fees itself. Randolph worked for Hastings at a Silicon Valley software company named Pure Atria. At the time the two started brainstorming a better video rental service, Pure Atria was undergoing a merger and they were in search of the next project.

Randolph was CEO until he stepped down in 1999, making big decisions including turning down a buyout offer from Amazon. He did not stick around for Netflix’s major growth, although he says in his book, “That Will Never Work: The Birth of Netflix and the Amazing Life of an Idea,” that he’s OK with his decision. When Randolph stepped down, co-founder Reed Hastings took his place as CEO to witness Netflix become the major company it is today. Today, Hastings and Ted Sarandos serve as co-CEOs.

Netflix relies on subscribers for the bulk of its income. It continues to invest in new content for a U.S. and growing international market. It plans on keeping subscribers and attracting new ones with:

Although Netflix has faced some challenges, its revenue continued to increase in the fourth quarter. Netflix’s fourth-quarter highlights for 2021 include:

Asset managers and mutual funds are the company’s top shareholders. Here is a closer look at which institutions have the most stake in Netflix shares:

How Does the Future Look for Netflix?

While Netflix is currently meeting — and slightly exceeding — projections in some respects, the company’s share price is under pressure, primarily because of slowing subscriber growth. Shareholders are concerned about Netflix’s future ability to monetize content and how competing streaming services could take market share from the leader. According to Netflix’s third-quarter 2021 shareholder letter and Nielsen figures, TV share time is distributed as follows:

No longer the clear market leader when it comes to streaming, Netflix has its work cut out. However, the company assures shareholders that there is a viable future growth plan if it continues to invest in international markets, continues producing original content and expands into interactive gaming.

Heading into 2022, Netflix expects to add 2.5 million subscribers in the first quarter, a drop from 4 million in the first quarter of 2021, which it attributes to a “more back-end weighted content slate in Q1 ’22.” The report states, for example, that the upcoming season of “Bridgerton” and the new original film “The Adam Project” will both premiere in March. The company’s failure to restore new subscriber growth to pre-pandemic levels could be due to ongoing COVID-19 “overhang” as well as economic hardships in other parts of the world, the report said.

Is Netflix Worth the Money?

Netflix’s current price-to-earnings ratio is high at 45.23, although lower than when Netflix released its third-quarter 2021 financials. You don’t get the most bang for your buck at this rate, but it isn’t necessarily a dealbreaker, either. Remember there is more to investing than one or two ratios.

According to the Wall Street Journal, 19 analysts recommend Netflix as a “buy,” five rate it “overweight,” 18 say “hold,” two rate it “underweight” and two rate it a “sell.” The NFLX stock price target is between $342 and $751, for an average target share price of $554.23, which is lower than the target set by analysts in October 2021. At its current price, it appears Netflix is worth the money. However, doing your research to determine your level of comfort with the company’s prospects — and where you believe Netflix will be in the future — is essential.

Cynthia Bowman and Cynthia Measom contributed to the reporting for this article.