Tesla shares fell by about 11 percent in after-hours trading on Sept. 27 after news broke that the Securities and Exchange Commission was suing CEO Elon Musk for fraud. The legal action stems from a tweet Musk made back in August 2018 about taking Tesla private, which the SEC considered false and misleading, reported Bloomberg.

Tesla is the definition of a “battleground stock,” with tremendous disagreement between its biggest supporters and detractors over the years. June 6, 2018, proved to be another day for the Tesla bulls as the stock popped almost 10 percent after Musk said the company could meet its production goals for its new Model 3 and wouldn’t run out of cash. Bears lost more than $1 billion, according to CNBC, from shorting the stock.

The bears could be forgiven for assuming that a recent spat of bad news  — a Consumer Reports study citing issues with the braking and controls for the new Model 3 and Musk’s public tantrum over the company’s media coverage — might have indicated the start of a larger, longer decline for Tesla, but market valuations can swing quickly. Here’s a breakdown of how the company is currently faring:

Check Out: Tesla Stock Drops After Elon Musk Projects a Loss — Is Now a Good Time to Buy?

Click to find out the surprising reasons these huge public companies went private.

Market capitalization is determined by the total dollar value of a company’s outstanding shares, which helps investors determine the relative size of a company. Tesla’s market cap range, with a 52-week high of $65.8B billion, reflects how the market as a whole values the company, and investor differences mean the value is in contention. Tesla went public in 2010, but its stock didn’t start to really show life until 2013, when it more than quadrupled in value.

Despite investor and consumer interest in Tesla, it lost money in 2017, apparently due to production issues. Still, Tesla’s share price approaches $400 as of June 2018.

Learn About: Strange Business Practices of Tesla, Amazon and Other Companies

Market caps offer one view of what the market values a company at, but that value is also susceptible to change on an almost-hourly basis due to external market forces and investors fighting over the value of shares.

Based on the company’s revenue and profits from the last three years, Tesla is worth just over $2 billion.

Tesla Cars and Products for Homeowners

Tesla is known for electric cars, with the Tesla Model S ranking as the world’s best-selling electric car for two years in a row in 2015 and 2016, according to HybridCars. Investors might want to note that Tesla spends cash much faster than it brings it in, however: At the beginning of 2018, Tesla generated $3.4 billion in revenue — and lost $785 million. But, based on the June 2018 pop in share price, it appears as though those believing in Musk’s vision for the future continue to outnumber those skeptical of his company’s ability to ever be profitable.

As of 2017, Tesla offers three cars: the Model S, Model X and Model 3. Its Roadster can be reserved now but production isn’t expected to begin until 2020.

Would You Buy One? How Much a Tesla Really Costs

The company also sells its lithium-ion batteries to homeowners. It branched out to rooftop solar systems following the company’s controversial merger with SolarCity — another company that Musk was the chairman of — in 2016 at a time when SolarCity appeared to be heading toward bankruptcy.

Tesla Not Working? 5 Best Investments If You Want Off the Tesla Stock Roller Coaster

Tesla has five founders: Musk, J.B. Straubel, Marc Tarpenning, Ian Wright, and the original co-founder, Martin Eberhard, who sued Musk in 2009 for several infractions, including libel, slander, and breach of contract. Tesla’s 2010 IPO was, at the time, the first for a car company since Ford Motor Company in 1956.

Musk is both the chairman and CEO of Tesla, which causes some friction for investors. Among Tesla’s top individual investors is co-founder Straubel. Its institutional shareholders include investment giants Fidelity Investments and The Vanguard Group. 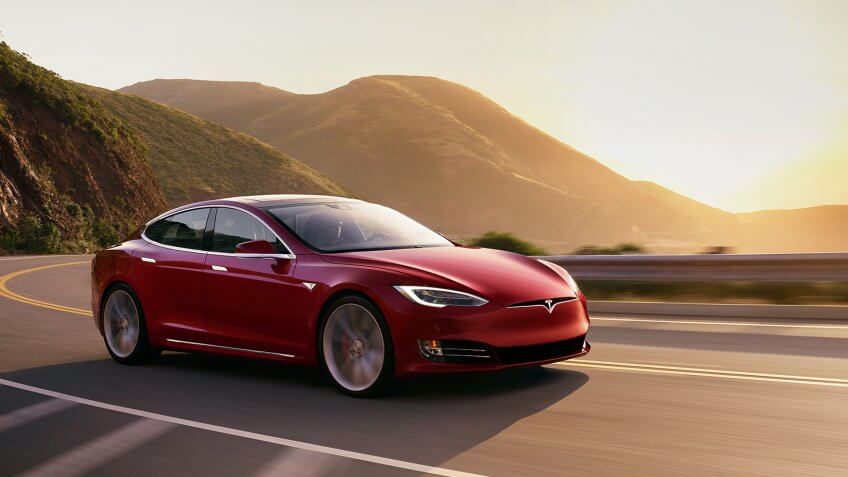 The Biggest Moneymakers and Major Flops of Top Companies

These companies had the best business ideas — and some duds.

GOBankingRates > Money > Business > How Much Is Tesla Worth?