When it was first launched in 1896, there were 12 stocks on the Dow Jones Industrial Average index. Nearly 125 years later, General Electric is the only one still on the list. But it won’t be there for long.

After market close on Tuesday, June 19, 2018, the S&P Dow Jones Indices, which maintains the stock index, announced that GE would be replaced by pharmacy chain Walgreens, alongside corporate giants like Apple and Visa.

Walgreens is one of the largest pharmacy chains in the U.S., second only to CVS in terms of store volume and prescription revenue. The two companies are household names in the drugstore game and even boast their own respective brands. Both offer mostly the same inventory and services but perform differently in the market. Here are some figures to help investors decide whether this company is a good investment.

Market capitalization considers all of a company’s stock in order to gauge its worth. The higher the cap, the more value investors find with the company. Walgreens’ comparably narrow market cap means stability, and its stock has remained mostly consistent since 2015. There has been a slight decline in Walgreens’ share price since the end of 2017, interrupted by a sudden spike in share prices at the beginning of 2018, possibly due to consumers needing products related to the flu or other viruses.

Although market cap gives you a sense of what the market values a company at, it is based entirely on market sentiment, which, in turn, is based on a multitude of consumer variables and market players. The GOBankingRates Evaluation of a company’s net worth, however, only considers solid figures like assets and revenue, taking into account only full-year profits and revenue from the last three years and the company’s assets and debts.

Based solely on Walgreens’ revenue and profits from the last three years, Walgreens is worth over $105 billion.

Learn: What It Means to Invest in a Business

Walgreens’ Expansion Through Mergers and Acquisitions

Walgreens has been expanding its business reach since the early 2000s geographically and through other strategic business moves. In 2009, it celebrated a milestone when it opened its first store in Alaska, thus marking it as a truly national chain. Today, the company also has a presence in Puerto Rico.

The company also took steps to increase its digital presence by acquiring online drug retailer Drugstore.com in 2011. Walgreens’ robust growth culminated in its efforts to purchase Rite Aid in 2015, a deal that has been challenged by government scrutiny but, as of January 2018, seems poised for success.

See Why: Study Finds Americans Spend Big at Walmart and Other Bargain Retailers

Although Rite Aid won’t be fully integrated until the end of fiscal year 2020, an acquisition of more than 1,900 stores seems to indicate good things for Walgreens’ future market performance. Its strategy is similar to rival CVS, whose own expansion included purchasing all of Target’s pharmacies in 2015.

Walgreens’ journey to becoming a drugstore behemoth began in 1901. Charles Walgreen opened up a modest drugstore after working in them nearly his whole life; he wanted to pursue sports but an accident left him unable to fulfill that goal. His business acumen revealed itself in the face of adverse conditions like the Great Depression, during which Walgreens actually saw its stock price grow. As of June 2018, Walgreens operates approximately 8,100 stores across the U.S., Puerto Rico and the U.S. Virgin Islands.

Walgreens’ CEO Stefano Pessina is the company’s largest individual shareholder. A May 2018 Forbes article explained that he has a vested interest in the company evolving to meet the challenges posed by Amazon’s interest in the pharmaceutical field and CVS acquiring healthcare giant Aetna. He was mostly mum about future business strategies, however. Walgreens’ largest institutional shareholder is the financial company The Vanguard Group.

More on Business and Investing 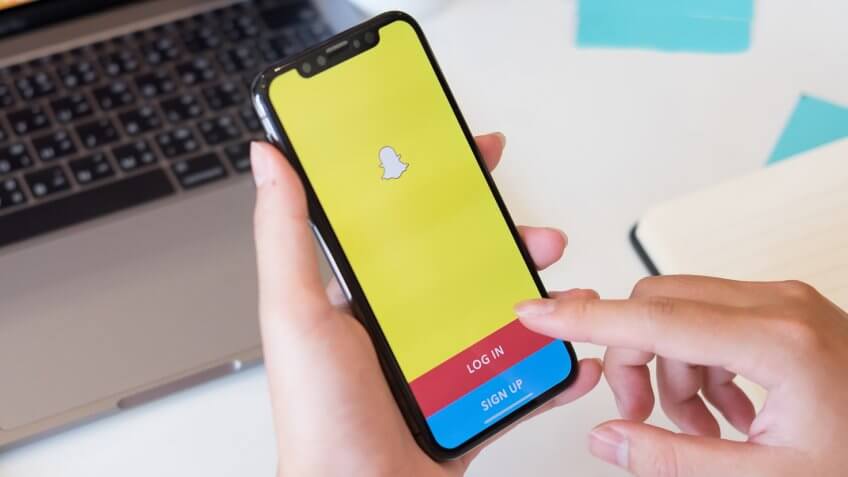 How Much Is Snapchat Worth?

See how Snapchat has been performing before you invest.

GOBankingRates > Money > Business > How Much Is Walgreens Worth?