How the Pandemic Amplified the Challenges of Women Entrepreneurs 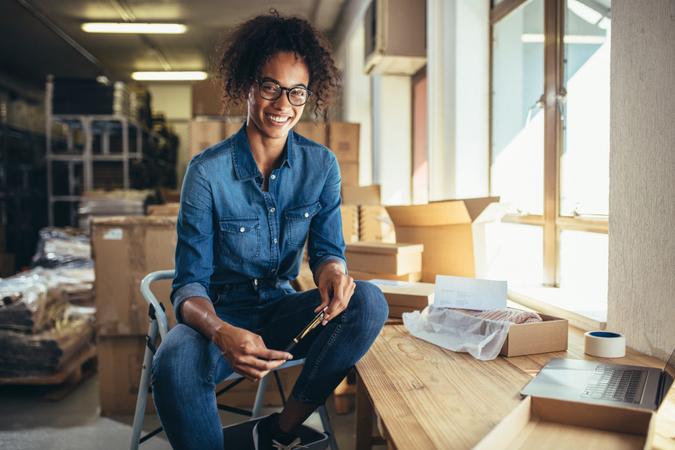 The COVID-19 pandemic has had a disproportionate impact on women, as it exacerbated many of the challenges that women already faced, including access to financing, industry segmentation, family commitments and confidence. A new report notes that women entrepreneurs, overrepresented in the industries most adversely impacted by COVID-19 – such as recreation, services and trade – “have borne the brunt of the busts, while missing out on most of the boom.”

According to a new Goldman Sachs “womenomics” survey – the  impact and contribution that women make to a global economy– the most significant challenge reported was financial, with 65% of respondents reporting declines in revenues or loss of contracts. This was followed by issues related to caregiving and responsibility for running families and businesses, with 35% of respondents, as many entrepreneurs had to spread their time, energy and focus.

The survey notes that additional key challenges include physical and mental health, with 41%, and managing a team remotely, at 32%.

In addition, 70% of respondents say they pivoted or changed their business model in ways that many expect will be permanent. Greater digital adoption was a major trend, and 70% reported that the shift in digital solutions and working patterns during the pandemic has made leading a business easier or more accessible as women entrepreneurs.

According to the World Bank, there are more than 12 million women-owned firms in the U.S. that contributed nearly $3 trillion annually to the economy. In developing countries, women entrepreneurship is rising and there are roughly 10 million small- and medium-sized enterprises with at least one female owner.

One major challenge that women entrepreneurs face under normal circumstances, let alone during a crisis, is access to capital, the survey notes.

“An OECD study found that women entrepreneurs typically start businesses with less capital than their male counterparts, often relying on self-financing instead of bank funding. Even when women seek financing through traditional channels, they often receive less than men, with gender-based credit scoring and investors’ genders preferences being common roadblocks,” reads the survey.

See: Universal Childcare Would Boost Women’s Earnings by $130 Billion
Find: More Women Being Pushed Out of the Workforce as Offices Reopen

Goldman Sachs finds that despite the challenges, 78% remained optimistic in their future business prospects. The majority of respondents felt that the pandemic did not meaningfully alter their business outlooks, neither in performance nor in their abilities to lead. However, the survey notes that confidence deteriorated for 34% of the respondents relative to pre-pandemic levels, “a potentially concerning shift especially with respect to growth potential.”

“The evidence from the COVID-19 experience is clear: women are resilient and are great business leaders,” the survey notes. “But in order for them to thrive, we must not let the pandemic undo decades of progress towards economic gender equity. Empowering women is no longer an option, it is an economic and business imperative.”