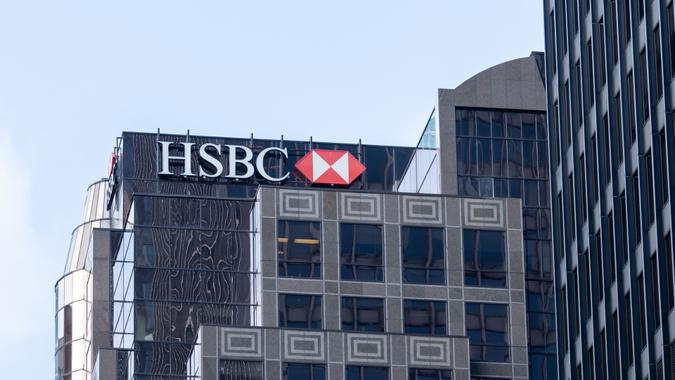 Banking giant HSBC set a stake in the metaverse through the purchase of a plot of virtual land, becoming the first global financial services provider to enter The Sandbox. The move follows that of JPMorgan, which in February became the first bank to open a lounge in Decentraland.

This new partnership will open up a host of opportunities for virtual communities across the world to engage with global financial services providers and sports communities in The Sandbox metaverse, the company said in a blog post.

“The metaverse is how people will experience Web3, the next generation of the Internet — using immersive technologies like augmented reality, virtual reality and extended reality,” Suresh Balaji, Chief Marketing Officer, Asia-Pacific, HSBC, said in the post. “Through our partnership with The Sandbox we are making our foray into the metaverse, allowing us to create innovative brand experiences for new and existing customers.”

HSBC’s move comes on the heels of JPMorgan’s, which in February, became the first bank to open a lounge in Decentraland, in the Metajuku mall. The launch coincided with the bank’s release of a paper on the space, which says that “the metaverse will likely infiltrate every sector in some way in the coming years, with the market opportunity estimated at over $1 trillion in yearly revenues,” as GOBankingRates previously reported.

Saro McKenna, Co-Founder of Alien Worlds, told GOBankingRates that HSBC is making sure that they aren’t left behind in the “metaverse gold rush.”

“JP Morgan, one of their competitors, already opened a metaverse location, and they know that the metaverse is going to be a huge part of commerce in the coming years,” McKenna said, “One of the most important uses of the metaverse will be how it redefines gaming and eSports, and their popularity is already the major driver behind metaverse development, so this will help put HSBC on the map for that demographic.”

McKenna added that similar to the way brands have adapted to advertising on Twitter and Instagram instead of billboards, we are seeing how they will adapt to advertise in the metaverse.

“HSBC is getting a head start by being one of the first companies to buy land and make their virtual presence known. Major companies getting involved in the metaverse is a sign that the technology is on the verge of truly exploding in popularity, and early adopters will be the ones who will be able to take advantage of that,” McKenna added.

Sebastien Borget, COO and Co-founder of The Sandbox, said in the blog post that institutions such as HSBC joining The Sandbox and embracing the culture of Web3, is the beginning of a broader adoption of Web3 and the metaverse by institutions driving brand experiences and engagement within this new ecosystem.

Mitch Penman-Allen, co-founder of Perion, a DAO that purchases, leases and manages NFT assets for use in play-to-earn economies, echoed the sentiment, telling GOBankingRates that this partnership, with HSBC being such a large and trusted institution, shows great promise for Web3 culture and the metaverse, with the expectation that it will reach immense popularity in the upcoming years.

“HSBC is making its mark in this space, as it fights for a place amongst its competitor JP Morgan on something that has the potential to be worth trillions,” he added.

There are some skeptics in the industry, however, who note that while HSBC buying land in the metaverse is a sign of how quickly they believe the metaverse is going to grow, they are getting involved in anticipation of The Sandbox continuing to grow at a rapid pace.

“I am excited to see the developments in the metaverse in the coming years, but I am somewhat skeptical that it will ever become a popular place for doing business,” Josh Goodbody, Chief Operating Officer of Qredo, told GOBankingRates. “The metaverse’s greatest potential is for entertainment, and I can’t imagine that going to a virtual bank will ever be more convenient than opening an app – maybe the app will be integrated into the metaverse instead of on your phone, but apps will still be more popular than interacting with someone for business purposes.”

See: What Metaverse Job Opportunities Are Available at Nike, Disney and More?
Find: 5 Numbers You Need To Know About the Metaverse

He added that for HSBC, land in The Sandbox is more about advertising than it is about actual customer support.

“They’ll get to have their name in The Sandbox for everyone to see, and, given their goal is to connect with eSports communities, they can build a reputation for being the go-to bank for eSports,” he added.