J.C. Penney Co. is feeling the heat of the retail apocalypse, and the world is watching as American mall anchor stores all across the country flail and attempt to recover.

J.C. Penney’s stock plummeted to a historic low on May 22 following the announcement that Marvin Ellison would be stepping down as CEO and moving to Lowe’s. That news follows last week’s announcement from the retailer of dismal returns from its 2018 fiscal first quarter.

The news adds insult to injury as the company comes off of a modest holiday 2017 season. Overall top-line sales results came in below the company’s expectations for the quarter, it said in a press release. J.C. Penney posted a scant 0.2 percent increase in sales growth in the first quarter. Plagued by debt, disappointing earnings reports and nearly 140 store closings last year, total revenue fell 4.1 percent year over year.

Sharing a similar struggle is J.C. Penney’s rival, Sears. The two iconic American retailers once vied for the top spot as the nation’s leading retailers and now struggle at the bottom of the heap. Both stores likely hold sentimental value, particularly among older Americans who remember Sears’ Wish Book and J.C. Penney’s catalog, which was delivered to U.S. mailboxes for over 45 years. Neither retailer can survive on nostalgia alone; both companies continue to make drastic moves to survive, including closing stores and cutting jobs.

Unlike Blockbuster and Borders — both of which shuttered because they failed to adapt to the digital age — J.C. Penney was one of the first retailers to embrace e-commerce; it launched its website in 1994, according to the company. Instead, the beginning of J.C. Penney’s decline came at the hand of former CEO Ron Johnson in 2012. Johnson alienated the chain’s core customer and permanently changed the course of the company as he replaced coupons with everyday low prices.

Click to read about companies that are actually expanding in 2018. 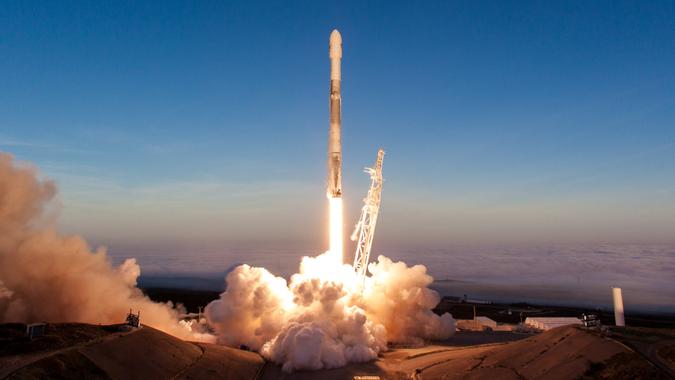 What Companies Will Shape the Future?

These companies could reshape the world as we know it.