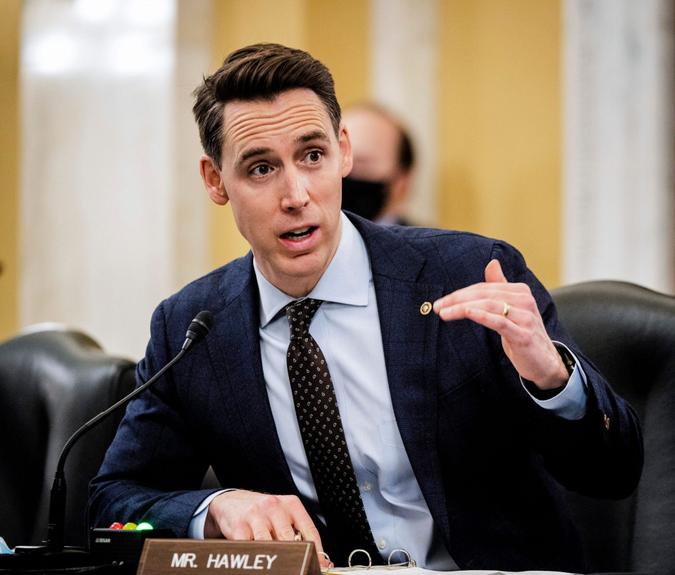 United States Sen. Josh Hawley (R-Mo.), a frequent critic of Big Tech who gained notoriety for his role in the Jan. 6 U.S. Capitol riots, got more headlines on Monday for introducing a bill aimed at curtailing mergers and acquisitions that involve huge corporations.

See: 10 Companies That Have Proven to Be ‘Too Big To Fail’ During the First Year of COVID-19
Find: The FAANGs Are Expected to Rule 2021 Markets

As Reuters reported on Monday, the bill would ban all M&A activity by any company with a market value greater than $100 billion. That means tech giants like Apple, Microsoft, Amazon, Facebook and Alphabet’s Google would effectively be prevented from making deals.

Hawley has positioned himself as a populist who opposes Big Tech and social media companies he claims have gained too much power while also stifling conservative voices. But even lawmakers on the other side of the political aisle back some kind of legislation to rein in large corporations.

An antitrust bill introduced by Sen. Amy Klobuchar (D-Minn.) in February contains similar measures. And in the U.S. House, Rep. David Cicilline (D-R.I.) has announced plans to introduce a series of antitrust bills.

See: Apple Wins Big in Lawsuit — and Customers Are Getting Some Apple Subscriptions Free
Find: This Ultra-Rich Boys’ Club Just Got Its 6th Member — Warren Buffett

According to a Monday article on Axios, Hawley’s Trust-Busting for the Twenty-First Century Act would do the following:

See: Google Acquires Fitbit, But Is the Deal in Step With Antitrust Laws?
Find: Facebook Tops Lobbying Spending in 2020

Whether Hawley’s bill has any chance of getting signed into law is another matter. Despite bipartisan support for antitrust legislation, Hawley himself is not held in very high regard by Democrats, progressives and even some Republicans.

As The Washington Post noted earlier this year, Hawley has faced criticism for being the first senator to challenge the 2020 presidential election results — a move that helped feed the fervor that eventually led to the Capitol riots. Hawley was also famously photographed giving a fist pump to protestors before the riots, and he continued to challenge the election results even after the riots.