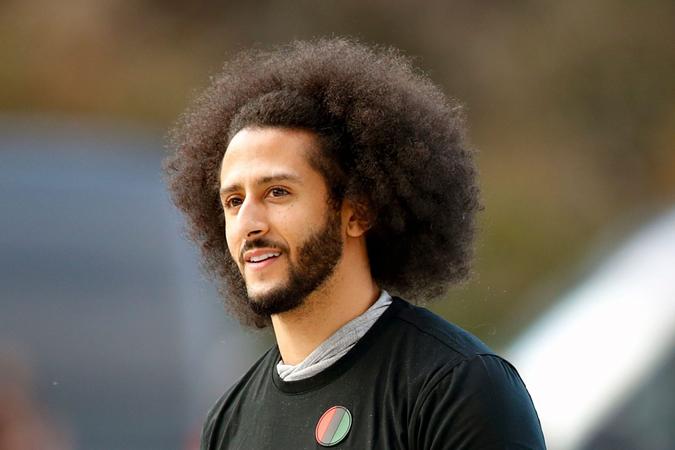 Colin Kaepernick is joining the SPAC frenzy, taking the lead of an environmental, social and governance-focused (ESG) blank-check company, which will raise up to $250 million in an initial public offering.

See: Americans’ Savings Drop to Lowest Point in Years
Find: The Best ‘Blank Check’ Companies Getting a Fast Track to That IPO

A SPAC — special purpose acquisition company — is a publicly traded company specifically created to acquire or merge with private companies. As such, SPACs are often viewed as “blank check” companies. Acquisition by a SPAC can be a fast track to the public market as opposed to enduring the standard initial public offering process.

The SPAC, Mission Advancement Corp., was formed by Kaepernick and Jahm Najafi, founder and CEO of The Najafi Companies, a governor on the board of the NBA and co-owner and vice chairman of the Phoenix Suns and McLaren F1 Racing, according to Renaissance Capital.

Its aim is “to identify, acquire and advance a company with the aim of creating meaningful financial and societal value.” The company intends to target entities with enterprise values north of approximately $1 billion and a focus on high quality brands with scalable business models and a direct relationship with an established customer base in the U.S., according to the Securities & Exchange Commission filing.

See: Socially Responsible Investing in 2021 — How Can You Invest Responsibly?
Find: The Most Anticipated IPOs of 2021

“We have observed that companies increasingly seek to become more mission-driven through the adoption of clear and transparent ESG frameworks,” Mission Advancement Corp. says in the filing.

The SPAC states that Najafi and Kaepernick’s commitment to their social mission is reflected in the formation of the independent board, made up of 100% Black, Indigenous and people of color, that has a female majority. The board includes Stacie Olivares, a trustee of CalPERS; Omar Johnson, former Beats by Dre chief marketing officer and former Apple vice president of marketing; Katia Beauchamp, Birchbox co-founder and CEO; and Attica Jaques, head of global brand consumer marketing at Google, according to the SEC filing.

“We are focused on the intersection of consumer and impact,” Mission Advancement Corp. said in the filing, adding that it has not selected any potential business combination target or contacted any prospective target business.

“We believe Mr. Kaepernick’s substantial business experience combined with his long-term leadership on racial equity and justice issues will support our success in identifying a prospective target company and adding transformational value to the combined entity,” according to the filing.

Post-business combination, Kaepernick is expected to remain a highly engaged owner, board member and “global ambassador.”

The SPAC has also several notable advisors, including Ben Horowitz of Andreessen Horowitz, Brian Lee, co-founder of The Honest Company and Ava Duvernay, a writer, director and producer.