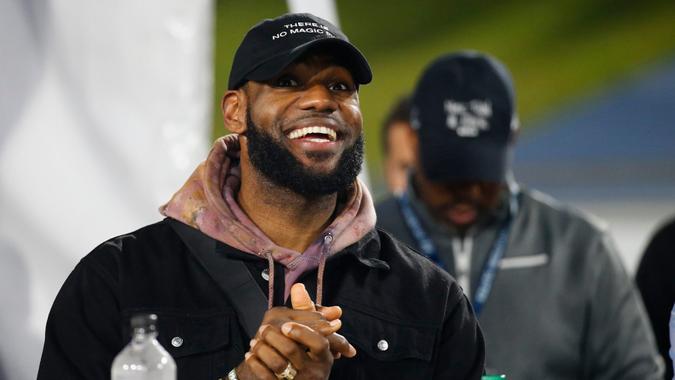 NBA superstar LeBron James took a fast break into a new sport this week when he became partners with a group that will give him an ownership stake in the Boston Red Sox.

See: How 18 of the World’s Best Athletes Spend Their Fortunes
Find: Baseball Is Back! What Playing in Empty Stadiums Will Cost MLB

The investment expanded the sports ownership portfolio for James, who already owned 2% of English Premier League champion Liverpool, according to ESPN. It also made James and his business partner, Maverick Carter, the first Black partners in FSG and the first Black owners of the Red Sox.

“I think for me and for my partner, Maverick, to be the first two Black men to be a part of that ownership group in the history of that franchise, I think it’s pretty damn cool,” he told ESPN. “It gives me and people that look like me hope and inspiration that they can be in a position like that as well, that it can be done.”

James, 36, has stated his desire to one day own an NBA team, but for now that’s off the table. League rules prohibit current players from buying stakes in NBA and WNBA teams. But with his stake in the Red Sox, James gets a piece of one of Major League Baseball’s most valuable franchises, with an estimated value above $3 billion, according to CNBC.

The Red Sox also stand to gain from James’ connection to the team, The Guardian reported on Wednesday. Having one of the biggest sports stars in the world as a part-owner gives the Red Sox instant credibility with young people — a fan base baseball has struggled to attract in recent years.