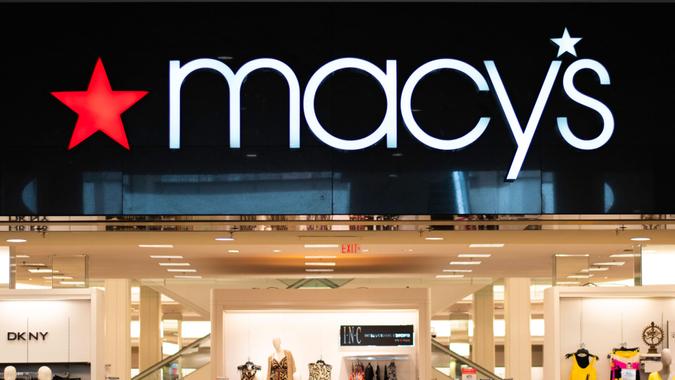 Many retailers have been battered by the COVID-19 pandemic and ensuing lockdowns and restrictions, but at least one of them has begun to see an uptick in business thanks to the combination of stimulus checks and vaccination rollouts.

See: What Do Retail Sales Mean for the Economy?
Find: 30 Ways Shopping Will Never Be the Same After the Coronavirus

Macy’s, Inc. CEO Jeff Gennette told CNBC on Tuesday that his company’s business is already up 10% this year from the fiscal fourth quarter, and he attributed part of the increase to the COVID-19 vaccine program getting underway in the United States.

In a press release at the time, Gennette said the Q4 results “exceeded our expectations across all three of our brands.” He gave much of the credit to the company’s digital innovations, which helped push quarterly digital sales up 21% from a year earlier.

This quarter, Macy’s has gotten an additional lift from the $1,400 stimulus payments sent to U.S. households, Gennette told CNBC.

Digital sales will become a bigger part of the retailer’s top-line growth as it continues to trim its bricks-and-mortar operation.

As USA Today reported in late February, Macy’s still plans to close more stores despite better-than-expected holiday sales. Stores due to close are located in 19 states, with most losing one or two locations by the end of this month. The latest round of closures is part of a three-year plan by Macy’s to shutter 20% of its stores, or about 125 locations.