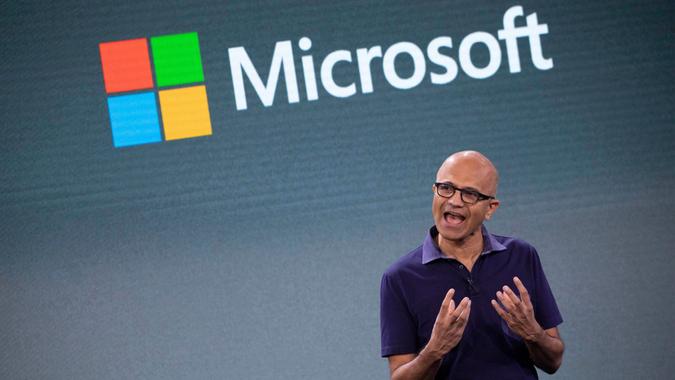 Microsoft announced its biggest buyout in five years on Monday when it said it will spend just shy of $20 billion to acquire Nuance Communications, a cloud and artificial intelligence software company known for its speech recognition technology.

The Wall Street Journal reported that Microsoft agreed to pay $56 per share in the all-cash transaction, which represented a 23% premium over Nuance’s Friday closing price. When you factor in Nuance’s debt, the total cost was $19.7 billion. The buyout was Microsoft’s most expensive since it paid around $26 billion to acquire LinkedIn in 2016.

Nuance is considered a pioneer in speech recognition and artificial intelligence technology. The Burlington, Massachusetts-based company’s software formed the basis of Apple’s Siri voice assistant before Apple switched to its own in-house version, the Journal reported.

“Nuance provides the AI layer at the healthcare point of delivery and is a pioneer in the real-world application of enterprise AI,” Microsoft CEO Satya Nadella said in a press release announcing the deal.

See: How Much is Satya Nadella Worth?
Find: The Most Lucrative Collaborations of All Time

Most of Nuance’s revenue now comes from selling tools that recognize and transcribe speech in doctor office visits, customer-service calls and voicemails, according to CNBC, which added that Nuance will be aligned with Microsoft’s business segment devoted to serving business and government clients.

Nuance CEO Mark Benjamin will remain at the company and report to Scott Guthrie, who heads up Microsoft’s cloud and artificial intelligence businesses, CNBC reported.

You can expect Microsoft to keep using buyouts to expand its lineup of products and services. The company is reportedly in talks to buy the Discord chat app for about $10 billion, according to CNBC. Last month, Microsoft snatched up gaming company ZeniMax for $7.6 billion.