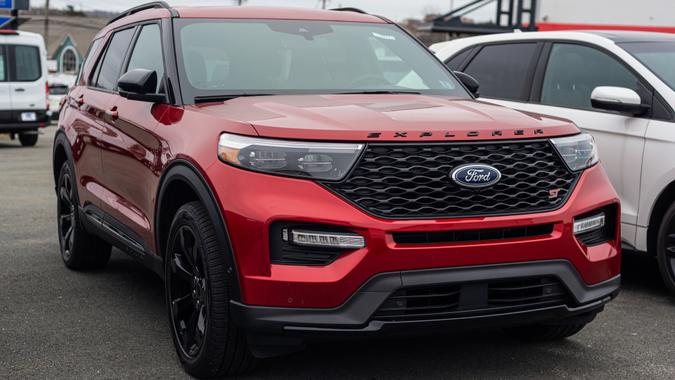 When Henry Ford implemented the moving assembly line at his plant in Highland Park, he intended all the automobiles to leave the line with all parts in place. However, it is this business innovation — first implemented over a century ago — of building cars piece-by-piece that now allows the same manufacturer to ship some of their bestselling vehicles without all components in place.

The silicon chip shortage plaguing the automotive industry is forcing Ford to ship the latest models of its Explorer SUV without chips related to rear-seat climate controls, per CNN Business. Those in the front can still adjust the heat and AC settings for backseat passengers, but the passengers in the back won’t have that capability due to a missing chip responsible for rear-seat controls. The Ford dealership where the vehicle was purchased will add the feature, for free, when chips become available, according to CNN.

Additionally, the Ford F-150 truck will leave assembly lines without the “start-stop” fuel-saving feature, which turns off the engine at traffic lights to save fuel. The engine restarts as soon as the driver releases the brake. This feature cannot be added after assembly, so F-150 customers will get a $50 credit, instead. Of course, those who want the feature can always wait to make their purchase.

“We’re doing this as a way to get our customers their vehicles sooner,” Ford spokesperson Said Deep told CNN.

General Motors also shipped some of its luxury models and heavy-duty pickups without the energy efficient “start-stop” feature last year. The manufacturer left a fuel management module off Chevrolet Silverado and GMC Sierra trucks as well.

YAA reported last year that GM had removed ventilated seats and heated seats and steering wheels from several models as a result of the ongoing chip shortage. Meanwhile, GM cars ranging from Buicks and Chevys to Cadillacs shipped last year without wireless charging pads — in exchange for a $75 credit off the retail price of the vehicle.

Learn: Ford Plans to Beat Chip Shortage by Making Its Own
Explore: 80% of New Car Buyers Are Now Paying More Than Sticker Price Due to Shortages

Likewise, YAA said, several luxury vehicle manufacturers removed features in order to keep up with demand for their cars. BMW models X5, X6, and X7, as well as the Z4, 3-series, and many 4-series models, were shipped to dealers lacking a touchscreen — a feature that has become virtually ubiquitous on most vehicles in recent years.