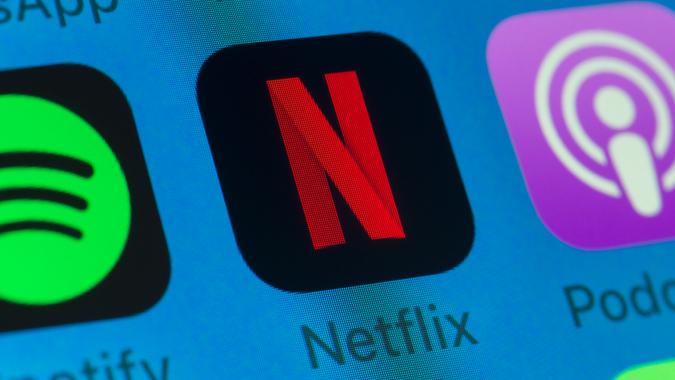 After conquering the world with the uber-popular “Squid Game” drama series, Netflix is ready to trot out a few games of its own.

The games are currently available to Netflix subscribers for its Android app, with availability on its app for Apple iOS devices expected in the coming months, CNET reported.

Tomorrow, Netflix Games will start rolling out on the Netflix mobile app. First on Android, with iOS on the way.

In a press release, Netflix said it wants to “build a library of games that offers something for everyone.”

“We’re in the early days of creating a great gaming experience, and we’re excited to take you on this journey with us.”

The games are currently available on Android devices when you log into your Netflix profile, the company said. Android mobile phone users will see a dedicated games row and games tab where they can select any game to download. Android tablet users will see a dedicated games row to select a game, or they can use the drop-down menu to download and play a game.

The launch is yet another step in Netflix’s move to make video games part of its standard subscriptions, CNET noted. Netflix announced its plan to expand into gaming over the summer, beginning with ad-free games for mobile devices. It had already introduced games on Android to Netflix members in Spain, Italy and Poland, Nasdaq reported.

See: Netflix Partners With Walmart to Sell ‘Squid Game’ & ‘Stranger Things’ Show Merch
Find: What These 25 Netflix Stars Did Before They Were Famous

Netflix is no doubt lured by the massive amounts of money spent on gaming these days. The COVID-19 pandemic contributed to a recent surge in gaming that has now made it a bigger market than movies and North American sports combined. The global market for video games was estimated at nearly $178 billion last year and is expected to move $200 billion in 2023, according to CNET, which cited data from the Global Games Market Report.

Longer-term, might even move into console games for Xbox and PlayStation.