Since its inception in 1997, Netflix has grown from being a small DVD-by-mail company to a ubiquitous streaming giant. And, apparently, it’s more popular than ever.

Netflix is now more popular than basic cable, broadcast television and YouTube, according to data from a new survey by Wall Street firm Cowen & Co., Variety reported. The survey asked 2,500 U.S. adults which platform they used most often to view video content on TV, and Netflix came in at No. 1 with 27 percent, followed by basic cable (20 percent), broadcast TV (18 percent) and YouTube (11 percent).

With these strong viewing numbers, imagine what $1,000 in Netflix would be worth today.

The discrepancy widened even more in the adults age 18-34 demographic, with 39.7 percent of respondents choosing Netflix. That’s more than double what the second-most popular platform — YouTube (17 percent) — received among the younger demographic.

This is surely heartening news for Netflix, which announced earlier this year that it would spend up to $8 billion on content in 2018.

Read: Amazon and eBay Asked to Crack Down on This TV Scam

And although Netflix appears to be the most popular video content option among U.S. consumers, it’s the streaming giant’s international subscribers that seem to be spurring the company’s impressive growth.

In its quarterly earnings report, Netflix revealed that it added more than 5 million international subscribers in the first three months of 2018, which surpassed Wall Street’s expectations. The company now has more than 125 million subscribers.

Cash In: Wells Fargo and AmEx Now Give You Triple Points Just for Watching TV

That number will likely grow even higher with the new, higher-priced “Ultra” plan, which is reportedly being tested in Europe. This new premium plan offers 4K Ultra HD video and currently costs 17 euros, or about $20.

According to a recent GOBankingRates evaluation, Netflix is worth approximately $9.6 billion, and its market cap currently hovers around $173 billion.

Netflix is clearly making moves to dominate its industry, but it’s not the only one — see how Apple is getting into the film and TV industry. 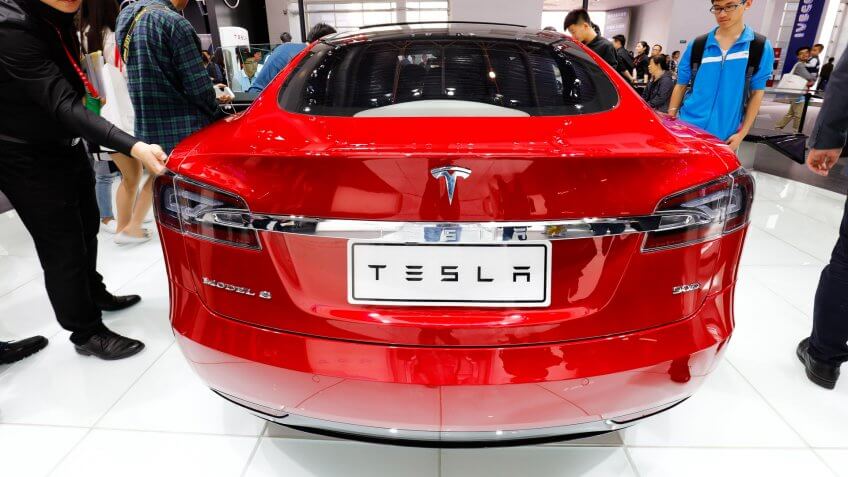 Tesla will build a factory in China to avoid future issues.