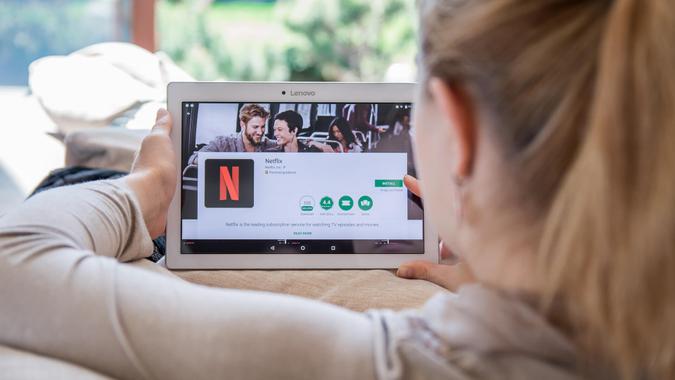 Fans of the “Spider-Man” movie franchise will need to get a Netflix subscription by next year if they want to stream their favorite superhero, thanks to a new deal signed Thursday that gives Netflix exclusive domestic streaming rights to all movies released by Sony Pictures after their theatrical and home entertainment releases.

In addition to the “Spider-Man” franchise, the deal includes films such as “Morbius,” “Uncharted” and “Bullet Train,” along with franchises like Jumanji and Bad Boys, CNBC reported.

The five-year deal begins with Sony Pictures’ 2022 movie lineup, according to The Wall Street Journal. It gives Netflix a first-look option to pick up movies that Sony is either making or licensing specifically for streaming platforms.

Starz, a pay-TV channel owned by Lions Gate Entertainment Corp., has rights to Sony movies through the end of 2021.

See: Which Streaming Services Give You the Most for Your Money?
Find: The Highest-Grossing Movie Each Year Since 1977

Financial details of the Netflix-Sony Pictures agreement were not disclosed, though media accounts suggest it didn’t come cheap. The Wall Street Journal, citing people familiar with the deal, said it is worth more than $1 billion over the course of the agreement. Part of it depends on how the films fare at the box office.

An article on Variety, which also cited people familiar with the deal, said it involves a record amount for a pay-one window agreement.

Industry experts say it was an important win for Netflix — mainly because the streaming giant no longer gets new Marvel content from Walt Disney Co. because those movies and TV shows have all moved to the Disney+ streaming service.