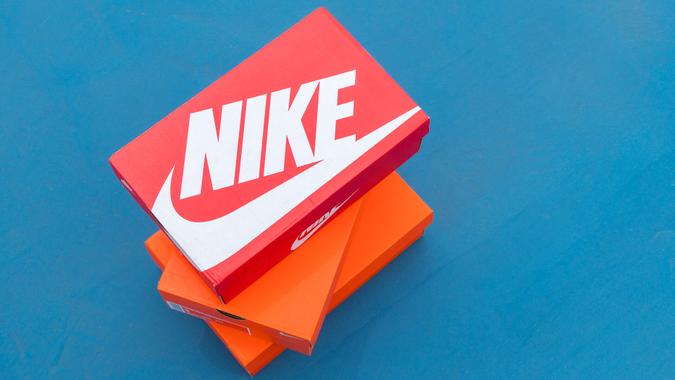 Nike Vice President and General Manager Ann Hebert announced her resignation from Nike, where she has worked for more than 25 years. The announcement came six days after Bloomberg Businessweek reported that her son, Joe Hebert, had been running a sneaker resale business, West Coast Streetwear, which recently netted the 19 year old $20,000 selling coveted Adidas Yeezy sneakers.

See: The Most Lucrative Collaborations of All Time
Find: How Much Is Kanye West Worth?

Yeezy Boost 350 Zyon sneakers, developed in partnership with Kanye West, retail for $220, Bloomberg details. Each style of Yeezy is released in a limited quantity of 40,000 and often sells above retail. Bloomberg reporter Joshua Hunt revealed in an investigative feature report that Joe Hebert used bots to exceed the transaction limit on a Yeezy supply website and then purchased $132,000 in sneakers, allegedly using an American Express card bearing his mother’s name.

Nike confirmed to Fox Business that “Ann Hebert, VP/GM, North America geography has decided to step down from Nike, [effective] immediately.” The sneaker manufacturer said it plans to announce a new VP for North America shortly but did not share a timeline, according to Fox Business.

See: 34 Things That Shouldn’t Be This Expensive
Find: 28 Genius Side Hustles You Never Knew Existed

A Nike spokesperson told Bloomberg that there was no affiliation between Nike and Joe Hebert’s company. Likewise, the younger Hebert told Hunt that he never received inside information, such as discount codes, from his mother. After this line of questioning, Hunt writes, Hebert insisted his mother not be mentioned in the article and subsequently cut off contact with the reporter.

A Nike spokesperson told Hunt, “There was no violation of company policy, privileged information or conflicts of interest, nor is there any commercial affiliation between WCS LLC and Nike, including the direct buying or selling of Nike products.”

Nike stock dipped from Monday’s high of $139 to $137 at market close Tuesday after news of the VP’s resignation.