PayPal’s $45 Billion Pinterest Deal: What You Need to Know About Your Money 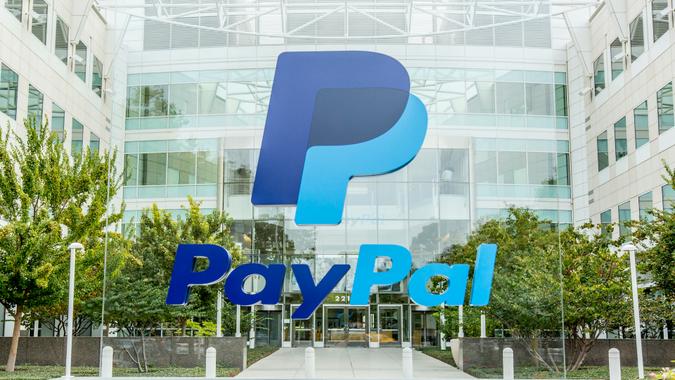 PayPal could be looking at acquiring Pinterest, Bloomberg reported today. Following the news, the company’s stock was halted twice, before gaining 11% as of late morning. PayPal, meanwhile, dipped more than 3% on the news, according to CNBC.

See: Latest PayPal Update Makes the App a One-Stop Shop for Your Financial Needs
Find:Should Your Venmo Transactions Be Public or Private?

Bloomberg reports that San Jose, California-based PayPal has recently approached Pinterest about a potential deal, the people said, asking not to be identified because the talks are private. The companies have discussed a potential price of around $70 a share, which would value Pinterest at roughly $39 billion, one of the people said, according to Bloomberg.

PayPal has largely benefitted from the boom in online shopping since the start of the pandemic. A potential acquisition of Pinterest could push the company into social commerce, a growing space that other tech giants are already working on, according to CNBC.

Jonathan Anastas, chairman at Alpha Tech, a technology company that focuses on emerging industries like esports, told GOBankingRates that a Pinterest acquisition by PayPal could make sense on a number of levels.

“It capitalizes on social shopping, which benefits both sides of the transaction. It dips a toe in the water on a Metaverse-light, where goods can be bought and sold inside virtual experiences. The deal also expands the idea of social platforms in the US to include financial products and other categories as has long been done in China,” he says. “Jack Dorsey was a first mover on this with Twitter plus Square plus Tidal.

“My only concern is that both brands, Pinterest and PayPal, feel very internet 1.5 as we move to internet 3.0. Now, that likely means good current customer synergies today. But perhaps at the expense of reaching Gen Y who are on TikTok and Ca$h app or Coinbase,” he adds.

Last month, PayPal acquired Paidy, a two-sided payment platform and provider of buy now, pay later solutions in Japan, for S$2.7 billion, principally in cash, according to an announcement.

Following the reports, CFRA Research said it was downgrading its opinion on shares of Pinterest to Buy from Strong Buy and cut its 12-month target to $76 from $96.

“According to an unconfirmed Bloomberg report, PayPal (PYPL) is considering acquiring PINS for around $70 a share (assumes $45B valuation), although a higher price is possible, in our view,” senior industry analyst Angelo Zino said in a note sent to GOBankingRates.

“We note PINS recently saw co-founder Evan Sharp (led design and product teams) step down while its stock is off more than 38% from its high before the news leak, which could make the shares more appealing for a buyer,” Zino wrote. “While PINS is contending with a deceleration in subscriber growth as it laps pandemic figures, we see strong secular tailwinds as greater ad dollars shift towards PINS social network. On PYPL’s side, we think the firm could be looking at a proposed deal in a push to further integrate e-commerce and social media together to provide additional avenues of transaction growth.”

As for PayPal, CFRA is keeping its “hold” rating with a target price of $290 per share.

See: How To Sell on Etsy: A 6-Step Guide for Beginners
Find: 24 Counterfeit Goods You Should Avoid at Amazon, eBay and More

“We also note the potential deal would follow its pending acquisition of Paidy in September 2021 as it bolsters its presence overseas in Japan, the third-largest e-commerce market in the world. We see a high likelihood of a deal being completed but contend a higher offer price could be needed to satisfy Pinterest shareholders,” says David Holt, equity analyst at CFRA Research.