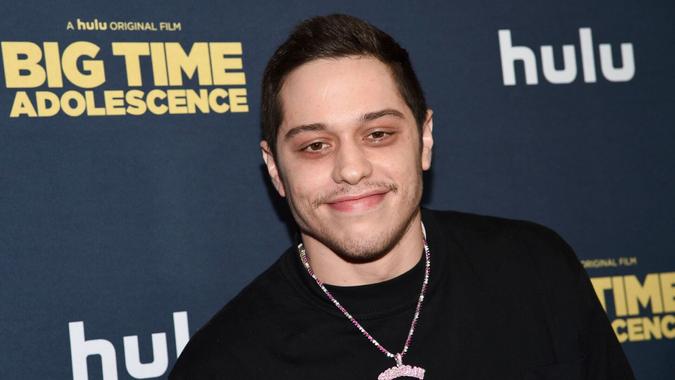 If you’re going to send a celebrity into space, who better than Pete Davidson — the comedian, “Saturday Night Live” star and all-around Gen Z icon who spends much of his time playing spaced-out characters — anyway? Davidson might soon get his chance amid reports that he is close to signing a deal to join Jeff Bezos on a Blue Origin flight.

See: How Much is Jeff Bezos Worth?
Find: How Rich Is Pete Davidson?

The news was first broken by The New York Post’s Page Six, which cited an unnamed source close to Davidson who said the comedian is in talks with Bezos to join one of his upcoming Blue Origin space flights.

“Pete is excited,” the source told Page Six. “They haven’t signed a contract yet, but it looks like it’s going to happen. The details are being finalized. He got on really well with Jeff when they met.”

Another source told CNN that the idea was first broached when Davidson and his girlfriend, Kim Kardashian, joined Bezos for dinner at the Amazon founder’s Los Angeles home in January. Neither Bezos, Blue Origin nor Davidson have commented on the rumors.

Learn: Virgin Galactic, Blue Origin and All the Other Names That Made It Big in Private Space Travel in 2021
Explore: How Rich Is Kim Kardashian?

It is not yet known when Davidson’s flight would happen, though it will likely be later this year, Page Six’s source said.