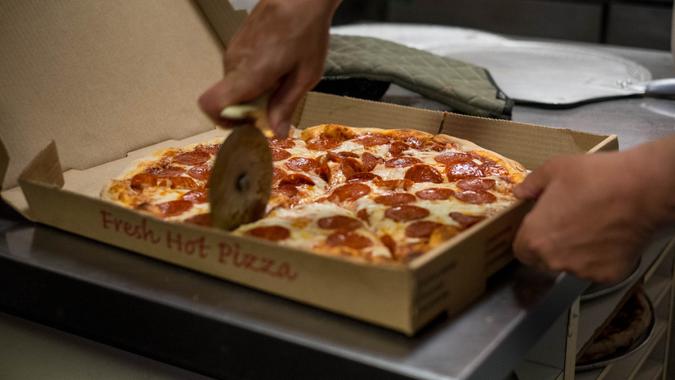 Large pizza chains like Domino’s, Papa John’s, Pizza Hut and Little Caesar’s thrived during 2020, with these four chains controlling 43% of the $44 billion U.S. market going into the pandemic, The New York Times reported. Later that year, combined revenues at Domino’s and Papa John’s increased by nearly 12%, or $434 million. Today, the largest chains are focusing on back-end fixes to help ease the driver shortage.

Papa John’s and Pizza Hut are focusing more on call centers while Domino’s is rethinking its position on third-party pizza delivery. Papa John’s announced “PapaCall” last August, QSR Magazine reported, as the company works to increase efficiencies and enable drivers to be more productive. Domino’s also expects to open between 2,500 and 3,500 call centers before the end of the year.

To better understand the driver shortage, QSR noted that BTIG analyst Peter Saleh conducted a survey and asked drivers on ride-share platforms what it would take to get them back to restaurants.

“We found that drivers are still seeking more flexibility with respect to the days and hours they work and that rising gas prices are keeping some drivers from choosing food delivery,” says Saleh.

See: Seattle Becomes First City to Set Minimum Wage Requirements for DoorDash, GrubHub Delivery Drivers
Consumer Price Index: How Much More Was Your DoorDash and GrubHub Bill Because of Inflation in May?